Thierry Kuntzel was born in Bergerac in 1948. His philosophy, linguistics and semiology studies led him ta work on a thesis, supervised by Roland Barthes, on "Travail du film / travail du rêve" ("Film-work / Dream-work'') and to write several important texts on film theory and analysis.
From 1972 to 1989, he worked at the Research Service of the O.R.T.F, then at the I.N.A, training and research. He taught semiology of cinema and textual analysis of film at Paris and American universities and the IDHEC film school.
At the end of the eighties he decided to devote himself entirely to artistic creation. After making several installations with marble and neon from 1974, he produced the majority of his videos between 1979 and 1980.
Since then, he has focused on creating installations that involve the projection of images, light and sound. Writing is also a fundamental process of the whole oeuvre.
Thierry Kuntzel has lived and worked in Paris. He died in 2007. 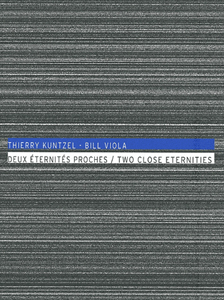 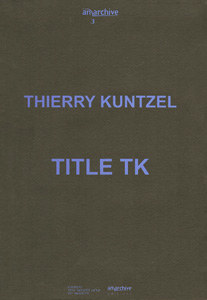