An artist, film-maker and documentarist, Mika Taanila (born 1965, lives and works in Helsinki) integrates and goes beyond the various planes of contemporary art. His films, video clips and installations are built according to the principles of connection, interaction and collaboration. Between sound and image, between the latest electronic culture and technological aspirations of the 1960s, between documentary film and advanced experiment, between fiction and reality, Taanila is working out a novel and protean approach to our representations of modernity and progress through his futuristic techno-utopias. 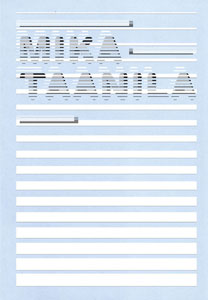