Widely regarded as one of the most important artists of the 20th century, Chinese-French painter Zao Wou-Ki (1920-2013) moved to Paris from Shanghai in his formative years and became an exemplar of the global scope of Modern Abstraction. While he initially moved away from Chinese traditions, in the 1970s, he experienced a reconciliation and his experimentations in painting combined Eastern and Western techniques to unprecedented success. 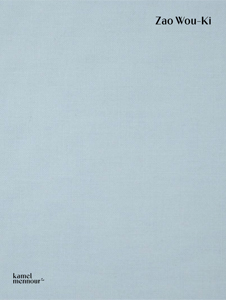