Born 1968 in Los Angeles, where she lives and works, Catherine Sullivan began with an interest in theatre and performance before moving into the visual arts. Armed with the fruits of research by the Los Angeles art scene into the formal structures of popular culture, she now works on encounters between the work and codes of actors and the critical and formal tools of contemporary art, layering cultural references to create complex installations.
Her films and theatrical mises-en-scène have recently been presented at the Lyon Biennale 2003 and the Whitney Biennial 2004. 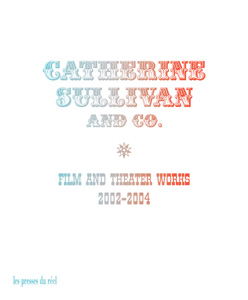