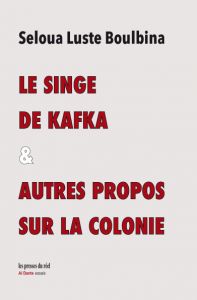 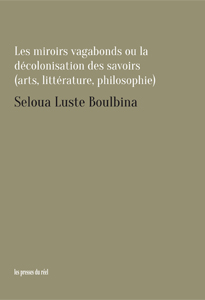 Les miroirs vagabonds ou la décolonisation des savoirs (art, littérature, philosophie)
2018
French edition
Les presses du réel – Criticism, theory & documents – Figures
A philosophy of decolonization that intends to show how, in knowledge and the arts, the past can be passed. 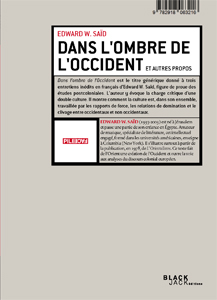 Edward W. Saïd, Seloua Luste Boulbina
Dans l'ombre de l'Occident / Les Arabes peuvent-ils parler ?
2011
French edition
BlackJack editions - Pile ou face
17.00 10.00 €
Two both aesthetic and political engaged considerations on the relationship between the West and the Middle East (or more generally between the West and its others), from the figures of exile and the two cultures: three unpublished interviews of Edward W. Said / a deconstruction of a common European view on the Arab world by Seloua Luste Boulbina.