Olafur Eliasson (born 1967, lives and works in Copenhagen and Berlin) grew up in Iceland and Denmark and studied, from 1989 to 1995, at the Royal Danish Academy of Fine Arts. In 1995, he moved to Berlin and founded Studio Olafur Eliasson, which today encompasses some ninety craftsmen, specialised technicians, architects, archivists, administrators, programmers, art historians, and cooks. Olafur Eliasson's art is driven by his interests in perception, movement, embodied experience, and feelings of self. Eliasson strives to make the concerns of art relevant to society at large. Art, for him, is a crucial means for turning thinking into doing in the world. Eliasson's diverse works—in sculpture, painting, photography, film, and installations—have been exhibited widely throughout the world. Not limited to the confines of the museum and gallery, his practice engages the broader public sphere through architectural projects and interventions in civic space. 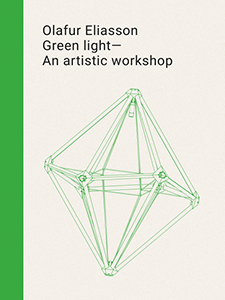 Green light – An artistic workshop
2017
English edition
Sternberg Press - Monographs and artists' books
sold out
This publication documents Eliasson's Green light project —an artistic workshop for refugees, asylum seekers, migrants, and NGOs, whose goal is to fabricate lamps for fundraising education. It provides testimonies, stories, and memories by Green light participants, founders, and organizers, as well as essays by art historians and theorists. 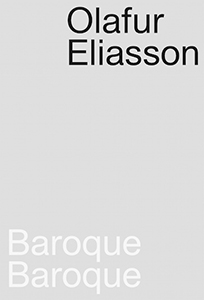