Estefanía Peñafiel Loaiza was born in 1978 in Quito, Ecuador. After studying arts at the Pontificia Universidad Católica del Ecuador in Quito, she moved to France in 2002 and entered the Beaux- Arts (ENSBA) in Paris, going on to obtain two postgraduate degrees from the Beaux-Arts in Paris and Lyon. In addition to the many group exhibitions in which she has participated in France, Ecuador and elsewhere since 2001, she has had solo exhibitions at the following venues, among others: at the CPIF (fragments liminaires, Pontault- Combault, 2015); at the Crédac (l'espace épisodique, Ivry-sur-Seine, 2014); at the Villa du Parc (la dix-huitième place, Annemasse, 2013); at art centres in Cuenca (en valija, Sala Proceso, 2013) and Quito (exposición, Arte Actual, 2012) in Ecuador; at the Al Ma'mal Foundation (la visibilité est un piège, Nuit Blanche, East Jerusalem, Palestine, 2012); at The Hangar (no vacancy, Beirut, Lebanon, 2011); at the Centre d'Art Bastille (à perte de vue, Grenoble, 2009); and at the Galerie Alain Gutharc, which represents her in Paris (sismographies, 2012; parallaxes, 2009). She has also participated in several residencies: with Triangle France in the Tassili desert in Algeria, with La Galerie in Noisy-le-Sec, with The Hangar in Beirut and with the Centre photographique d'Île-de-France, in Pontault-Combault. She has had two public commissions in 2014/2015: one for the secondary school “Barbara” in Stains (récoltes), the other in Chalezeule with the DRAC Franche- Comté (oeuvreuses) Her works have been acquired by several contemporary art collections including, among others, the Fonds national d'art contemporain, the FRAC Franche-Comté and Basse-Normandie, and the Collection départementale d'art contemporain of Seine-Saint-Denis. She has also produced several performances, notably at LE BAL and the Fondation d'entreprise Ricard (Paris) and at the Wiels contemporary art centre (Brussels). She lives and works in Paris. 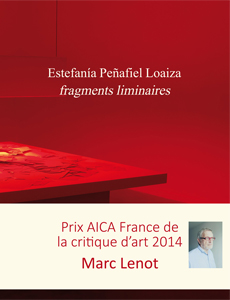