Jean-Max Colard (born 1968) is a Paris-based curator, an art critic for Les Inrockuptibles, and a frequent contributor to various art magazines and catalogues. 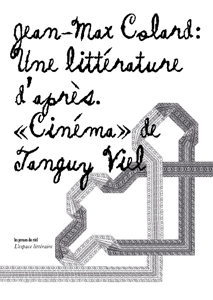 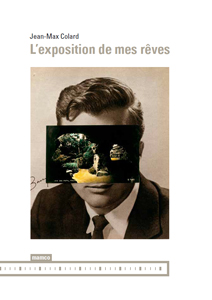 L'exposition de mes rêves
2013
French edition
MAMCO - Historical essays & contemporary archives
20.00 10.00 €
The collection of "critical dreams" made and transcribed by the art critic and curator Jean-Max Colard between 2005 and 2013, nocturnal side of his regular writing on art activity. 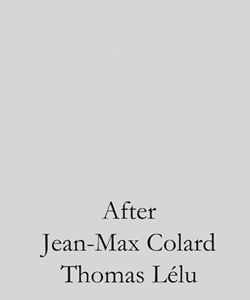 Jean-Max Colard, Thomas Lélu
After
2006
bilingual edition (English / French)
Villa Arson
30.00 10.00 €
Visually expanding on the art world's tendency to see the world through the prism of modern and contemporary art, the book depicts some 200 images of found or researched situations taken “after” an artist's work – occupied realities that are, one might say, signed by the artists.