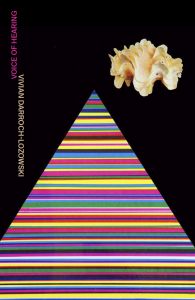 commander
liste de souhaits
Une phénoménologie introspective de la voix et de l'écoute.
« Voice of Hearing's key is that it is neither a book about voice nor hearing per se, but about how writing performs the dual-duel operation of assonance and dissonance, Vivian calls it the "unitary interruption" that regulates the gap "between you-my-me and you." There is a sense throughout the book that the me and you are both plural and abstracted, intersected and overlapped, hyphenated and hyperextended.[…] Doubt is constitutive of the project from the onset, from the I-intro, the not-only-I-intro to which I keep returning. Arguably doubt is part of any project, it's just that usually it is veiled, concealed, unspoken, silenced. Throughout this book doubt's rendering is not only made explicit and bare but is considered and examined. One of the conclusions Samuel R. Delany draws in "Of Doubts and Dreams" is that "writing strikes me as a many-layered process, only the top three or four of which have anything directly to do with words." This multi-layering is precisely the process that Vivian initiates, with the caveat that hers is one keen on plunging and dwelling and swirling rather than peeling and revealing and explaining. What Hélène Cixous writes about Lispector's Água Viva applies here: “Disorientation is the orient of this text.” »
Christof Migone (extraits de l'introduction)

« Contemplative, intricate, here the philosopher Vivian Darroch-Lozowski develops a phenomenology of hearing. Where theorizing is a present-tense action. Where a landscape teaches waiting. Where to be in a body is to gesture to another. Where subjectivity is the transformation of language. Where attention releases nascent energy. Where to hear is also to transform. Where myth is a gate. A close attending to this text, which is also a unicorn, will delicately open the reader's time-sense. »
Lisa Robertson 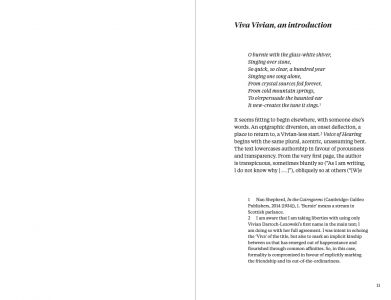 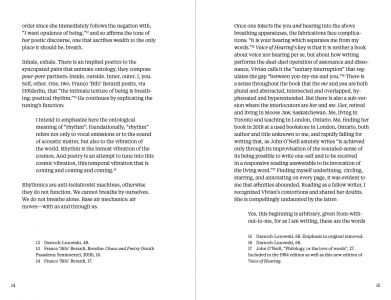 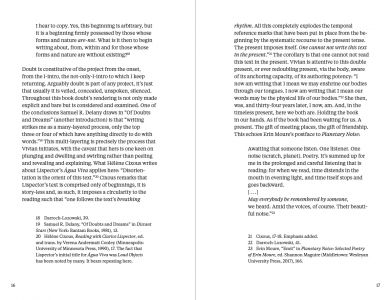 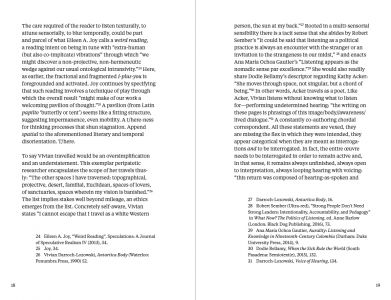 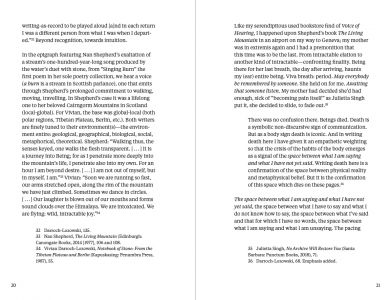 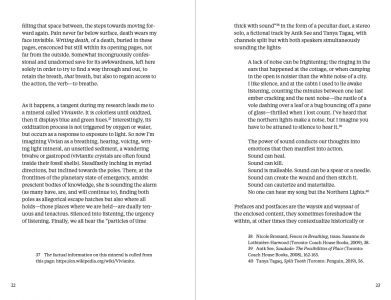 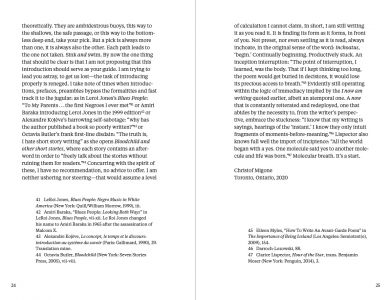 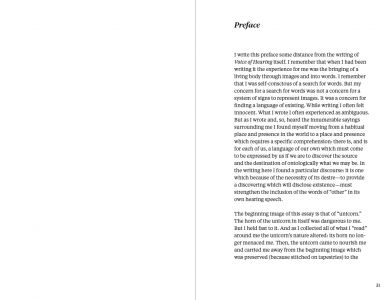 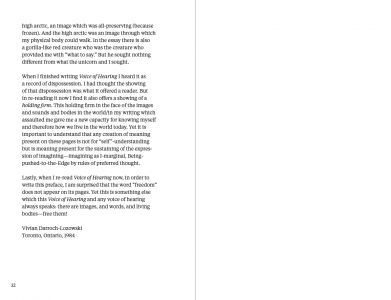