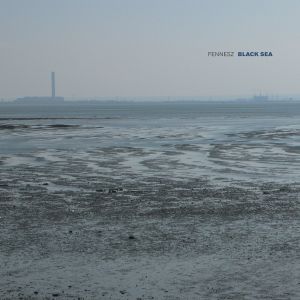 order
wishlist
2022 reissue of Fennesz's beautiful 4th solo album, originally released in 2008, including all the tracks that apeared on the digital edition for the first time on vinyl.
Fennesz's career has come a long way since "Instrument", his debut for Mego in 1995, and his first solo album "Hotel Paral.lel" which followed in 1998. "Endless Summer" (Mego, 2001) brought him to a much wider audience and "Venice" underlined his mastery of melody and dissonance. His songs usually embody the skilful application and manipulation of dense sonic textures with a genuine feel for the live, and real-time.
"Black Sea" features guitars that rarely sound like guitars; the instrument is transformed into an orchestra. Fennesz lists the elements used to make the compositions: "Acoustic and electric guitars, synthesizers, electronics, computers and live-improvising software lloopp."
On "Glide", Fennesz duets with Rosy Parlane, whose work is also released on Touch. Fennesz also teams up with eMego artist Anthony Pateras, whose prepared piano features on "The Colour of Three". Fennesz pushes his work into a more classical domain, preferring the slow reveal to "Venice"'s and "Endless Summer"'s more song-based structures.
Austrian guitarist, composer, and electronic musician Christian Fennesz is recognized as the key figure and one of the most distinctive voices of electronic music today. His wide international reputation has been consolidated through his substantial overall contribution to new musical expression.
In the beginning of the 1990s, Fennesz became involved with Viennese techno scene. Though formally educated in guitar and ethnomusicology from an early age, Fennesz decided to pursue composing and developing his own sound world in the distinctive electronic idiom. By plugging his guitar into his laptop and transforming and processing it, he managed to create a specific sound that is difficult to mistake for another's.
On his first full-length solo release, Hotel Paral.lel (1997, Editions Mego), he introduced a mix of raw textures and twisted guitar sounds. The album was awarded the Prix Ars Electronica. Two years later, plus forty seven degrees 56' 37" minus sixteen degrees 51' 08" was released by Touch. His milestone third album Endless Summer (2001, Editions Mego) was acknowledged as one of the most important releases of the decade, helping to change the perception of electronic music today. On it, he gave significant importance to melody, appearing delicately beneath (or on the top) of his shimmering electronic soundscape-often described as "symphonic" for its enormous range and complex musicality. In 2004, Fennesz released Venice, in which he combined ambience-rich sound textures with pop-song elements. Black Sea (2008) has proven to be a bold step in experimentation with longer tracks that outline and construct sonic space without necessarily filling it with musical narrative or a predefined concept. His 2014 studio album Bécs was followed by his 2019 album for Touch, Agora.
Fennesz has collaborated with many musicians, filmmakers, and dancers. These encounters of diverse art forms have resulted in numerous stage performances and several exceptional studio releases. He has recorded and performed with Ryuichi Sakamoto, David Sylvian, Keith Rowe, Mark Linkous of Sparklehorse, Mike Patton, Oren Ambarchi, Mika Vainio, and many others. Fennesz has also worked alongside Peter Rehberg and Jim O'Rourke as the improvisational trio Fenn O'Berg.
order wishlist
Published by Touch.
published in September 2022
32.00 €
in stock