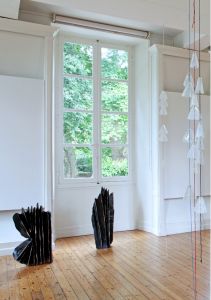 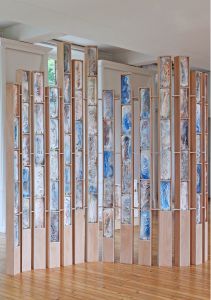 order
wishlist
An exploration of the work of the Portuguese artist Isabel Carvalho, between visual and writing practices, based on a project conducted around the history of the art center Le Lait, Albi.
Over the last few years, Isabel Carvalho's artistic work has been continually bringing together visual activities and writing practices. In it there is a conspicuous research component which overlaps scientific and speculative approaches as a methodology. In 2017, in particular, she set up a review project called Leonorana which, it just so happens, developed this type of exploration. What especially interests Isabel Carvalho is establishing meaningful relation between the praxis of contemporary art, language, economics, politics and sexuality. These solidly interwoven factors are displayed in differing ways, at the mercy of forma and spatial occurrences. Informed by cross-references, Isabel Carvalho questions spaces of reality. As the heir to a certain Portuguese tradition stemming from a strong relation between visual arts and book forms, texts, reading and writing form the basis of her research. So she enjoys thinking of her works as being in relation with the context in which they are developed.
Starting from the history of the La Lait art center, housed in an old municipal library—once the residence of Admiral de Rochegude from 1787 on—, Isabel Carvalho has imagined for the exhibition "Langages tissés" a series of novel pieces devised to link her work on language with the distinctive character of the city of Albi, and this private mansion. She is especially interested in its former proprietor, Henri Pascal de Rochegude—the mansion and its grounds still bear his name—and his passion for literature. With his experience of philosophical and social studies, Rochegude stepped down from his office as mayor of Albi and public life at the age of 58. His personal library held a wide variety of volumes, some of which, deemed to be subversive, were burnt in 1834 by the family heirs, in order to ensure that he had a religious funeral.
Isabel Carvalho has explored the contents of this library, interested as she is in the existence of these banned books, in particular one by an Italian author whom she has managed to identify, one Gianfrancesco Straparola, with his most famous collection of bawdy and fantastic fairy tales titled Facetious Nights. Based on this reading, she has become interested in another Italian reference which she summons as an antithesis to Straparola, to wit, Giulia Bigolina's Urania, a sort of novel described as proto-feminist which, through both prose and poetry, offers a counterpoint to the deliberately misogynous female representation that we find with Strapatola. These two references, both dating from the 16th century, have each been significant in the history of literature, and their genre. It is precisely by weaving links with linguistic forms that the artist has constructed a series of formal answers based on these two literary references and their experimental potential in their periods. This dialogic space is suggested by two successive intallations. The first, illustrating a form of Straparola-like logorrhoea, is made up of glass elements which emit an unbridled sound, passing through the room at the mercy of draughts, while the second, representing a raised finger inspired by mediaeval iconography, is held in a position expecting a possible declaration by Bigolina. In the last room, it is the figure of St. Cecilia, icon of Albi cathedral and patron saint of musicians, who proposes an alternative to verbal dialogue through the communicative power of song as a higher art. Rather than contrasting, St. Cecilia raises an alternative to the issue of representation and verbal power.
Taking the exhibition as a starting point, this publication proposes an immersion in Isabel Carvalho's work and in the orchestration of her production process, giving space to points of view that have different degrees of proximity to the project: the curator, Estelle Nabeyrat, provides an introduction and describe its genesis; the artist herself invites the reader to take a guided tour. At a distance, Ricardo Nicolau provides a commentary to it, after a subjective journey through her work.
Published following the eponymous exhibition at Le Lait, Albi, in 2021.
The artistic work of Isabel Carvalho (born 1977 in Porto) brings together visual arts and writing. There is a strong research component in her practice—crossing scientific and speculative approaches as a methodology. Her main interest is to establish meaningful relationships between contemporary art practice, economy, politics and sexuality.
order wishlist
Edited by Estelle Nabeyrat and Antoine Marchand.
Texts by Estelle Nabeyrat, Isabel Carvalho, Ricardo Nicolau. 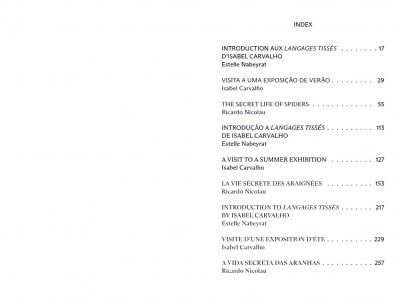 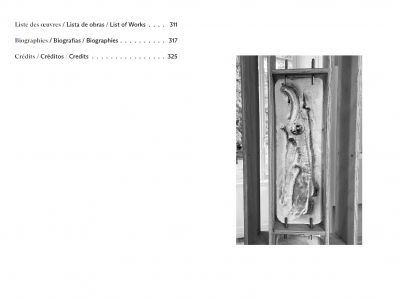 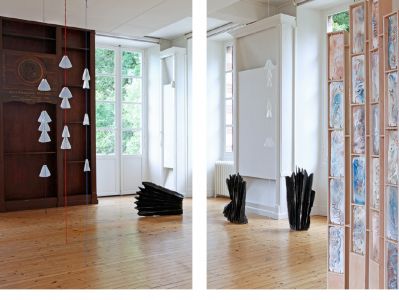 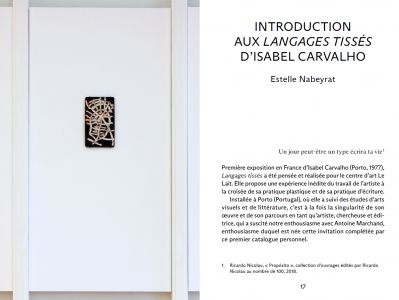 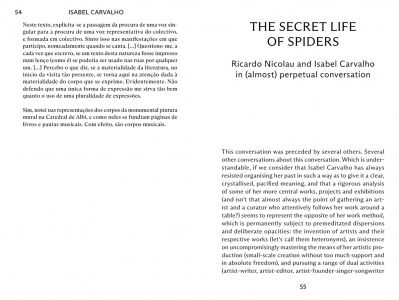 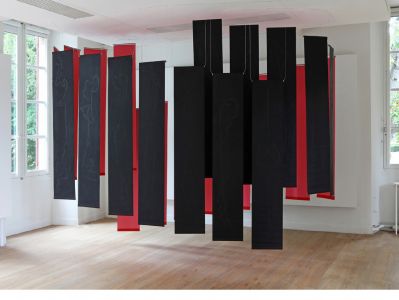 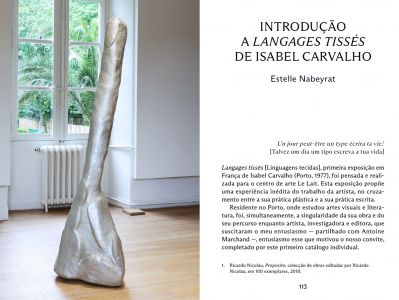 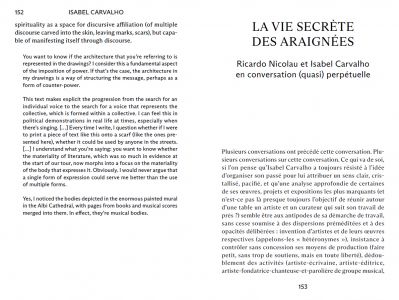 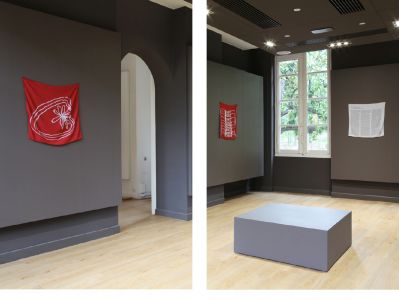 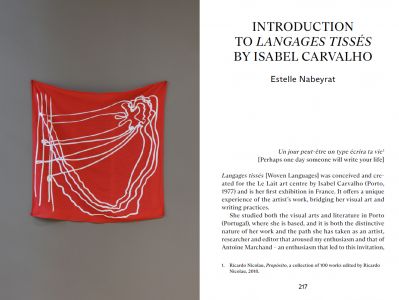 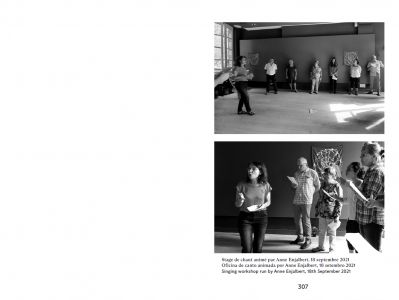