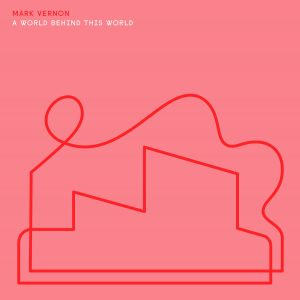 order
wishlist
Persistence of Sound presents a new album from one of British sound art's most original voices.
A World Behind This World is a composed soundscape created from sounds recorded on location at the Scottish Sculpture Workshop, Lumsden and the surrounding areas.
Originally produced for SSW's radio station Lumsden Live in 2021. This is a condensed, reworked version created specifically for this release.
As well as the rural environment, recordings of various machines, equipment and processes from the workshop feature heavily.
"Performed" by Eden Jolly sound sources include the copper guillotine, furnaces, extractor fans, electrical saws, drills, the furnace, welding torches, anvils, hydraulic jacks, sanding machines, grinders and electric hoists.
This album is an adaptation of a longform radio piece produced for SSW's radio station Lumsden Live in 2021.

"Vernon illustrates that from ubiquity, he is able to conjure something unfamiliar and compelling."
— Spenser Tomson, The Wire

"Film noir for the ears."
— Chris Whitehead, The Field Reporter

"A compelling listening experience, one which views the past through a cracked lens. What emerges is surreal, threatening, heart-warming and touching; an unsettling take on nostalgic feelings, emotions which clearly are not to be trusted."
— Ed Pinsent, The Sound Projector
Mark Vernon is a Glasgow based artist who explores concepts of audio archaeology, magnetic memory and nostalgia through his sound works. At the core of his practice lies a fascination with the intimacy of the radio voice, environmental sound, obsolete media and the reappropriation of found recordings. A rich collection of domestic tape recordings; audio letters, dictated notes, answer-phone messages and other lost voices often find their way into his unorthodox soundworlds. These diverse elements are distilled into radiophonic compositions for broadcast, multi-channel diffusion, fixed media and live performances.
A keen advocate of radio as an art form, he co-runs and curates Glasgow's art radio station, Radiophrenia. He was a founding member of Glasgow's Radio Tuesday collective and went on to set up several other RSL art radio projects in the UK including Hair Waves, Efford FM and Nowhere Island Radio. He is an award winning radio producer who has created programmes for stations including Resonance FM, VPRO, Sound Art Radio, Radio Revolten, Deutschland Radio Kultur, Radio Cona, Radio Picnic, Ears Have Ears, Kunstradio, Wavefarm, RADIA, EBU and the BBC. Since 2011 he has co-run Lights Out Listening Group – a bi-monthly listening event focused on creative uses of sound and radio that takes place in complete darkness. His solo and collaborative music projects have been published through labels including Kye, Glistening Examples, Staalplaat, Flaming Pines, Ultra Eczema, Entr'acte, 3Leaves, Misanthropic Agenda, Canti Magnetici, Staubgold and Gagarin Records, as well as a series of small CDR and LP editions on his own meagre resource imprint.
order wishlist
published in August 2022
18.50 €
in stock