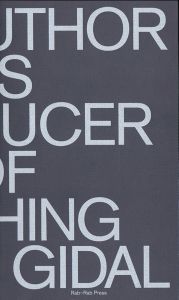 order
wishlist
The first publication of a lost 1978 text by Peter Gidal—one of the most influential experimental filmmakers ever.
The book includes the first publication of Peter Gidal's text from 1978, with a new introduction. Gidal in this dense theoretical essay deals with the limits of language and representation in the practice of experimental filmmaking and writing. Gidal's lost text The Author as Producer of Nothing will give a new insight into the theoretical and political context to experimental film practices.
The afterword by Sezgin Boynik discusses in detail the political contradictions of Gidal's filmic non-objectivity.

"The process of the film's making deals with devices that result in demystification or attempted demystification of the film process. But by 'deals with' I do not mean 'represents'. In other words, such films do not document various film procedures, which would place them in the same category as films which transparently document a narrative, a set of actions, etc. Documentation, through usage of the film medium as transparent, invisible, is exactly the same when the object being documented is some 'real event', some 'film procedure', some 'story', etc. An avant-garde film defined by its development towards increased materialism and materialist function does not represent, or document, anything. The film produces certain relations between segments, between what the camera is aimed at and the way that 'image' is presented. The dialectic of the film is established in that space of tension between materialist flatness, grain, light, movement, and the supposed reality that is represented. Consequently a continual attempt to destroy the illusion is necessary."
—Peter Gidal
Peter Gidal (born 1946 in New York) is an influential British film theorist and avant-garde filmmaker, associated with the English "Structural/Materialist" movement (along with Malcolm Le Grice notably). He has published in numerous magazines (Studio International, Screen, October, Undercut) and is the author of several books, including Andy Warhol: Films and Paintings (1971), Materialist Film (1988) and Understanding Beckett: A Study of Monologue and Gesture in the Works of Samuel Beckett (1986).
order wishlist
Afterword by Sezgin Boynik. 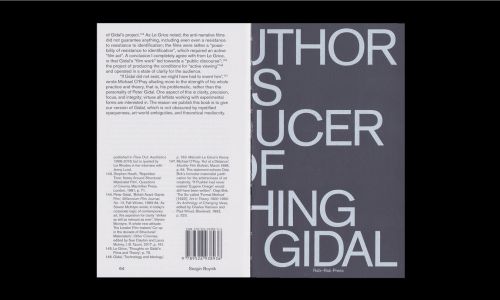 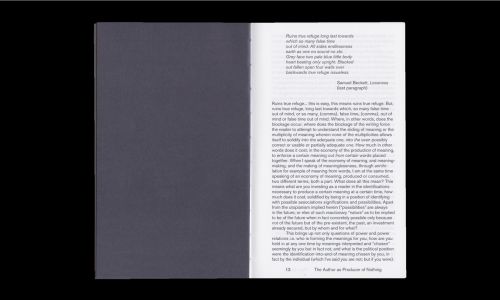 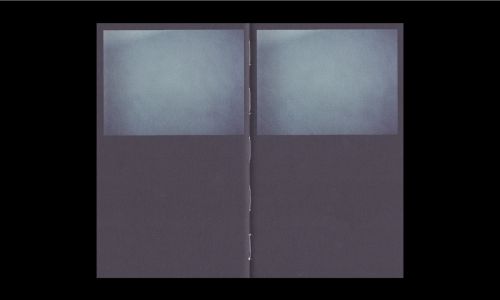 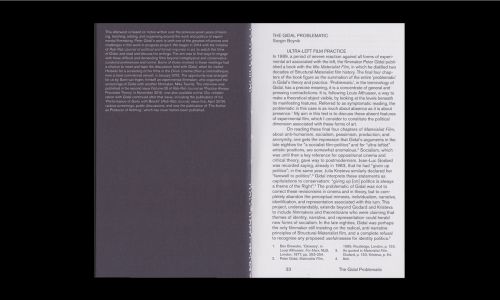