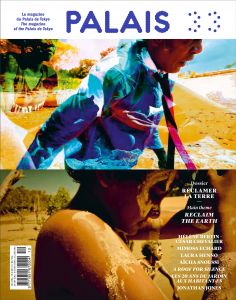 order
wishlist
This issue of the magazine Palais is published on the occasion of a season of exhibitions at the Palais de Tokyo entitled Reclaim the Earth:, which brings together fourteen artists who seek to develop new connections with nature, the living world and the environment.
The relationships between human beings and their environments are some of our most stimulating contemporary preoccupations, in that they put into question the ideological basis of our ways of doing and of thinking. In this respect, ecological events have given rise to a merging of essential issues, which are political, economic, scientific, moral, societal and, of course, aesthetic. This season of the Palais de Tokyo's exhibition programme, "Reclaim the Earth" (from 15 April to 4 September 2022), echoes all these questions and evokes not only the relationships between bodies and the earth, the disappearance of some species of flora and fauna, or the transmission of minoritized narratives and knowledges, but also spirits, biological energies, agriculture, gardening. While joining up with spirituality, the emotions and affects, the propositions by the artists presented on this occasion and in this issue of the PALAIS magazine intentionally turn often-serious preoccupations into poetry and resonate a positive, lively energy.

In this issue: pages dedicated to the artists featured in the exhibition Reclaim the Earth with an introductory text by Daria de Beauvais, special contributions by Abbas Akhavan (with text by Marina Roy), Huma Bhabha , D Harding , Kate Newby, Daniela Ortiz , and Yhonnie Scarce , interviews with asinnajaq (by Candice Hopkins), Sebastián Calfuqueo (by Léuli Eshrāghi), Solange Pessoa (by Liz Munsell), Tabita Rezaire and Yussef Agbo-Ola (by Daria de Beauvais), Thu- Van Tran (by Daria de Beauvais), and Judy Watson (by Hetti Perkins), as well as texts by Mylène Ferrand on Megan Cope and by Katrina Lewis, Natasha Lewis, and Elizabeth A. Povinelli about Karrabing Film Collective; essays by Emanuele Coccia, Arturo Escobar, Léuli Eshrāghi, Béatrice Josse, Ariel Salleh, and a conversation between Barbara Glowczewski and Elizabeth A. Povinelli.
And also : aA contribution with text and images by Hélène Bertin and César Chevalier, essays by Pip Wallis on Mimosa Echard 's work, by Patrick Chamoiseau on Laura Henno 's work, by Adélaïde Blanc on Le Jardin aux habitant·es by Robert Milin, poems by Jeanine Leane relating to Jonathan Jones' exhibition as well as interviews with Aïcha Snoussi (by Cédric Fauq) and with Etel Adnan and with Hala Wardé (by Yves Michaud) about the project A Roof for Silence.
Published twice a year, Palais magazine offers an in-depth perspective on the exhibitions and program of the Palais de Tokyo. Palais allows people to see contemporary art in a topical way, as often as possible from the point of view of the artists themselves. Each issue of the magazine includes dossiers, interviews, essays, special projects and inserts, all contributed by artists, art critics, historians or theorists, making Palais magazine an essential tool for apprehending contemporary art.
order wishlist
published in April 2022
bilingual edition (English / French)
22,5 x 28,5 cm (softcover)
204 pages (color ill.)
15.00 €
ISBN : 978-2-84711-137-8
EAN : 9782847111378
in stock 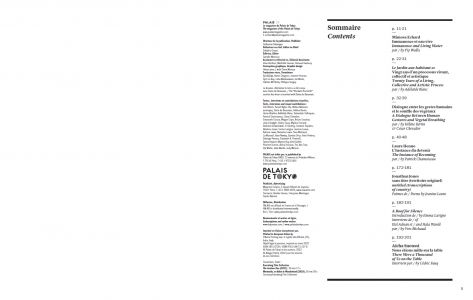 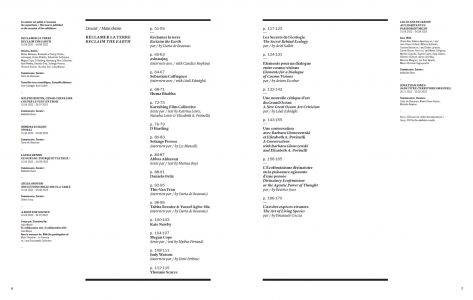 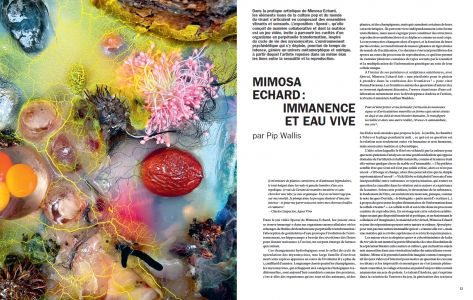 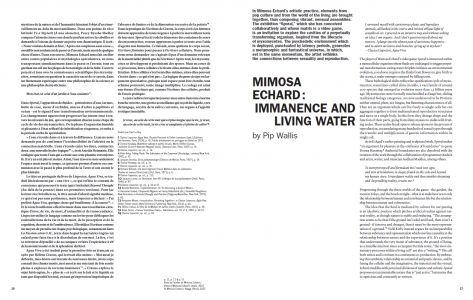 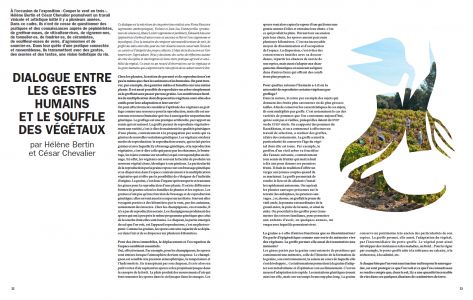 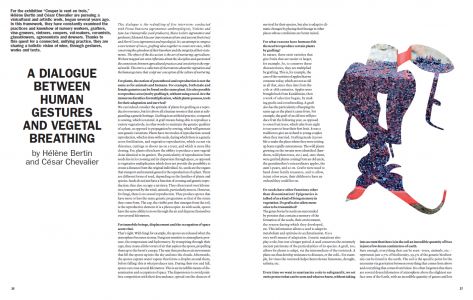 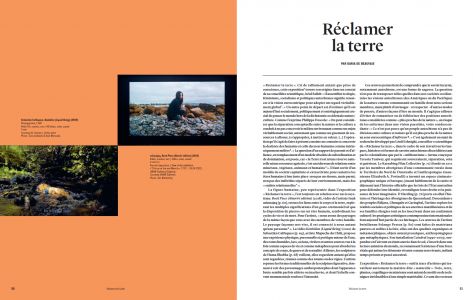 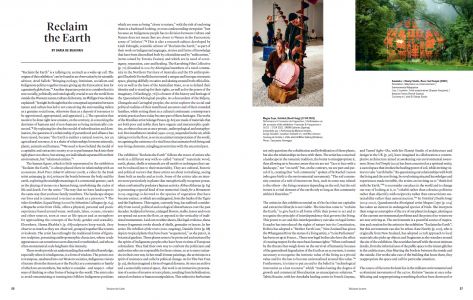 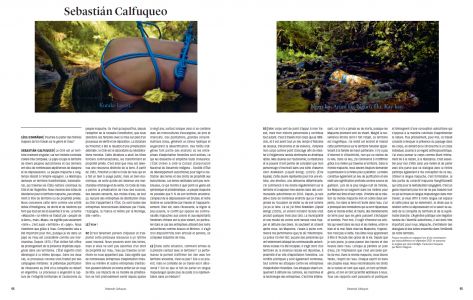 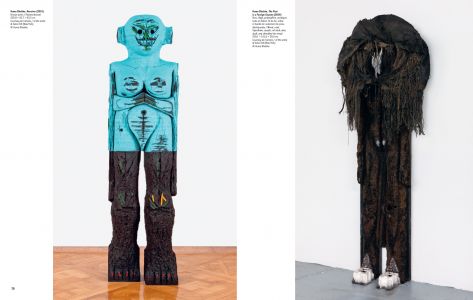 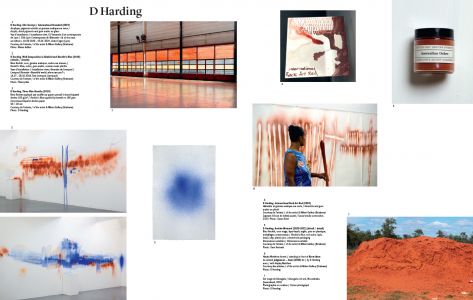 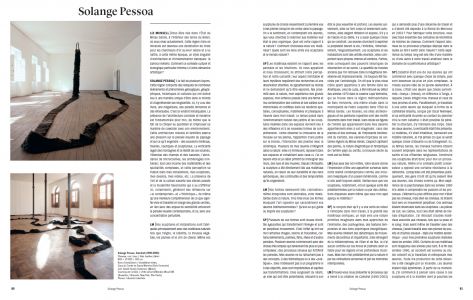 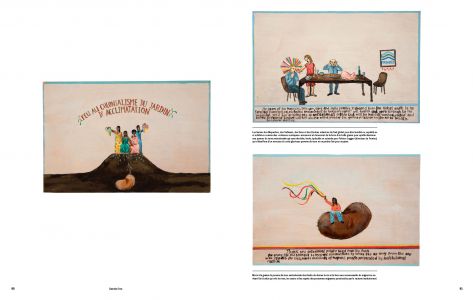 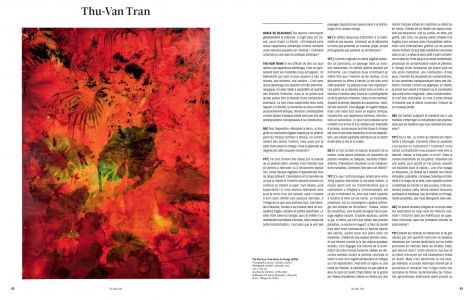 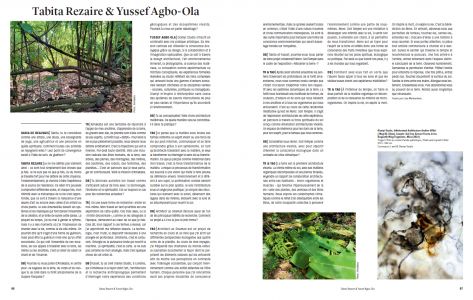 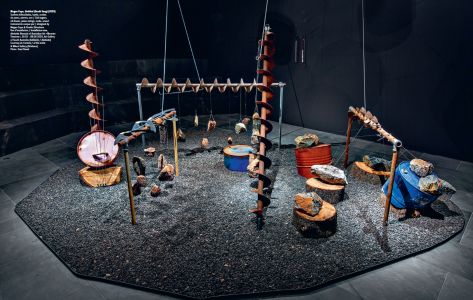 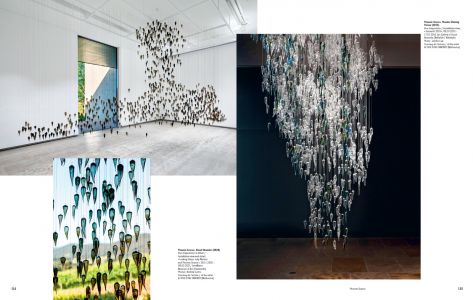 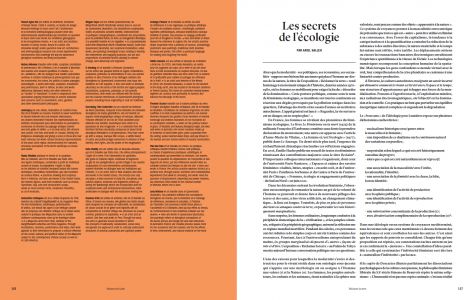 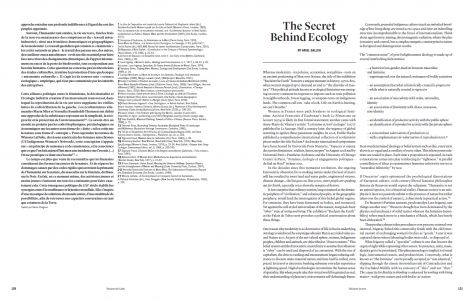 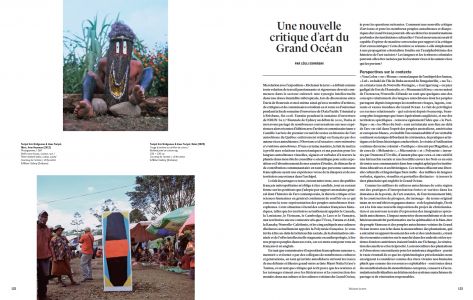 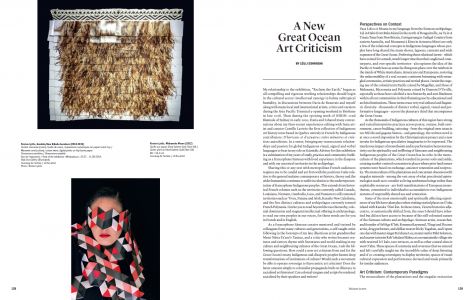 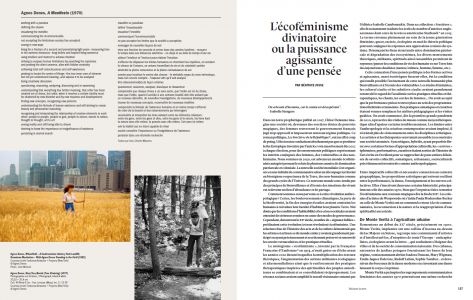 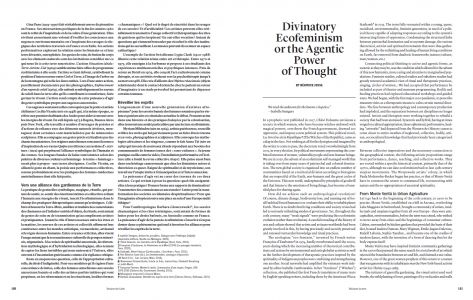 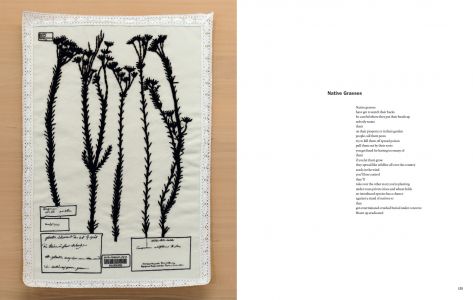 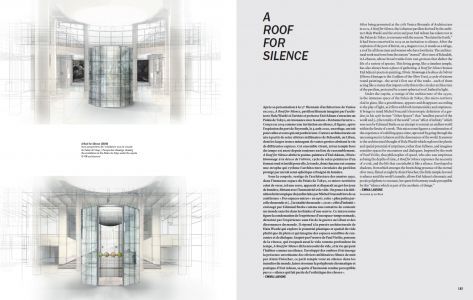 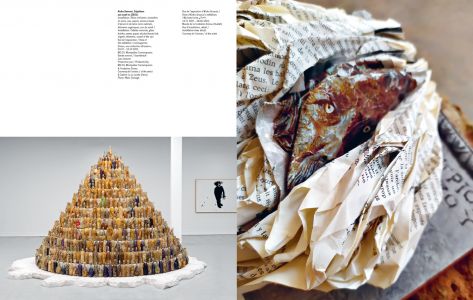