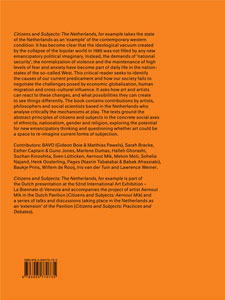 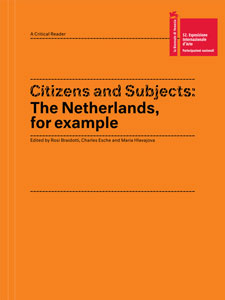 order
wishlist
A part of the Dutch Pavilion at the 52nd International Art Exhibition of the Venice Biennale (www.citizensandsubjects.nl).
Citizens and Subjects takes the state of the Netherlands as an "example" of the contemporary Western condition. It has now become clear that the ideological vacuum created by the collapse in 1989 of the bipolar world was not filled by any new emancipatory political imagination. Instead, the demands of "national security," the normalization of violence, and the maintenance of high levels of fear and anxiety have become part of daily life in the nation states of the so-called West. This critical reader seeks to identify the causes of our current predicament and how our society fails to negotiate the challenges posed by economic globalization, human migration, and cross-cultural influence. It asks how art and artists can react to these changes and what possibilities they can create to see things differently. The book contains contributions by artists, philosophers, and social scientists based in the Netherlands who critically analyze the mechanisms at play. The texts ground the abstract principles of citizens and subjects in the concrete social axes of ethnicity, nationalism, gender, and religion, exploring the potential for new emancipatory thinking and questioning whether art can be a space to reconceive current forms of subjection.
Citizens and Subjects: The Netherlands, for example is part of the Dutch presentation at the 52nd International Art Exhibition of the Venice Biennale and accompanies the project of artist Aernout Mik in the Dutch Pavilion as well as a series of talks and discussions taking place in the Netherlands as an "extension" of the Pavilion, curated by Maria Hlavajova. 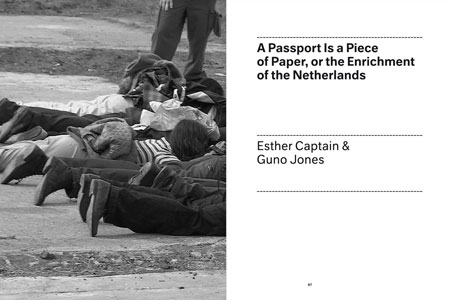 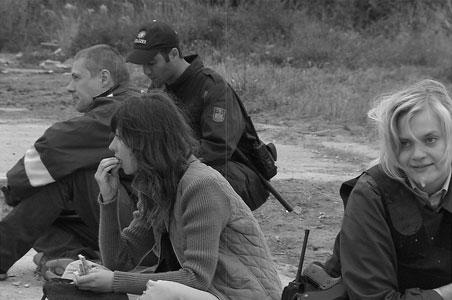 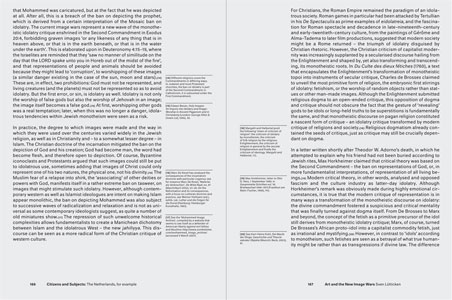