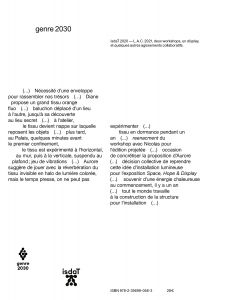 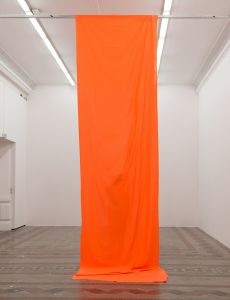 order
wishlist
Collective and individual artistic practices from a gender perspective.
A research group born in 2012 at the institut supérieur des arts et du design de Toulouse, genre 2030 approaches collective and individual practices from a gender perspective, in the societal horizon of the near future; that of 2030. Two workshops at the isdaT in 2020 and a display at the L.A.C., a contemporary art place in Sigean, in 2021, embody the work that genre 2030 is carrying out against all odds. A bulwark and a door to the world, Art, absolutely.

(...) Need for an envelope to gather our treasures (...) Diane suggests a large fluorescent orange fabric (...) bundle moved from one place to another, until its discovery in the secret place (...) in the workshop, the fabric becomes a tablecloth on which the objects lay (...) later, in the Palais, a few minutes before the first lockdown, the fabric is experimented horizontally, on the wall, then vertically, suspended from the ceiling; a game of vibrations (...) ) Aurore suggests to play with the reverberation of the invisible fabric in a halo of colored light, but time is short, we can't experiment (...) fabric in dormancy for a year (...) reenactment of the workshop with Nicolas for the forthcoming edition (...) opportunity to concretize Aurore's proposal (...) collective decision to go back to this idea of light installation for the exhibition Space, Hope & Display (...) memory of a warm energy from the beginning, one year ago (...) everybody works on the construction of the structure for the installation (...)
A research program founded in 2012 by Katharina Schmidt and Hervé Sénant, genre 2030 has been led since 2019 by Valérie du Chéné and Hervé Sénant. Open to all practices, while paying particular attention to the evolution of painting in a broad approach, the research program questions our individual and collective practices and their exposure under the angle of the gender issues and takes in consideration their possible influence, minor as it may be, on the evolution of our societies in the symbolic horizon of 2030.
order wishlist
Edited by Jérôme Delormas.
Texts by Socheata Aing, Aurore Clavier, Valérie Mazouin, Diane Réa, Hervé Sénant, Emmanuel Simon. 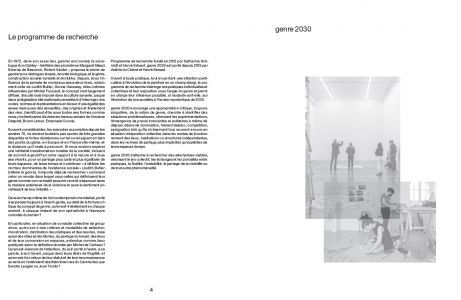 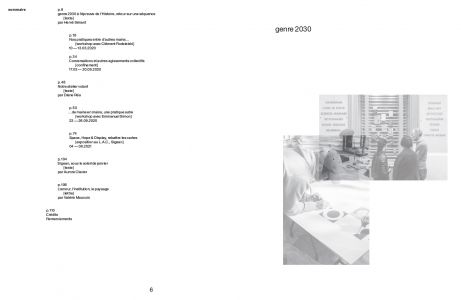 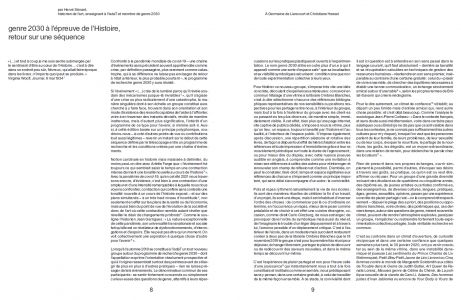 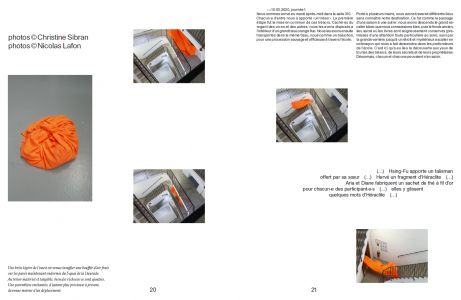 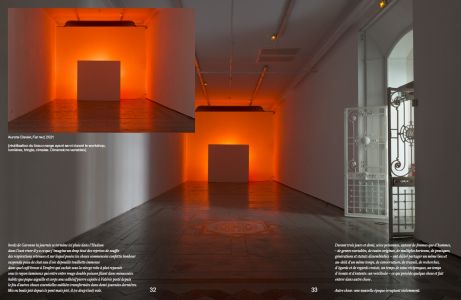 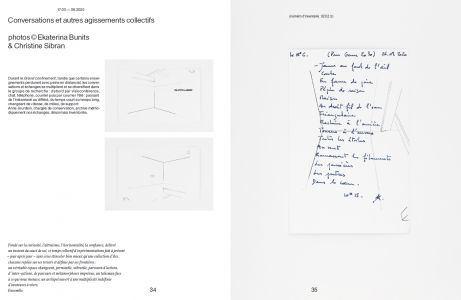 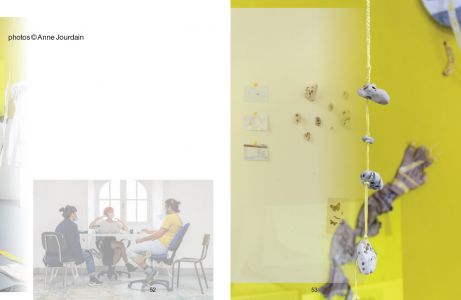 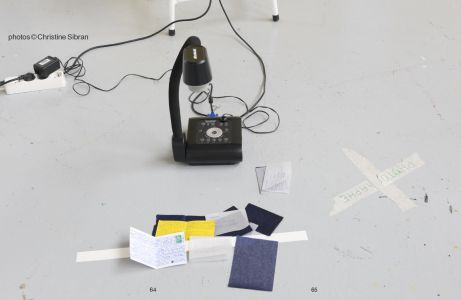 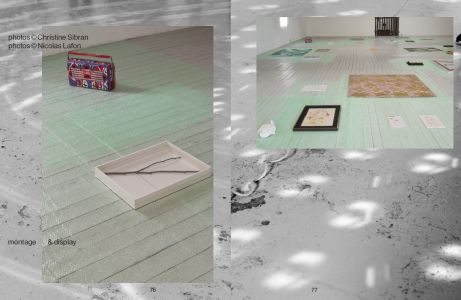 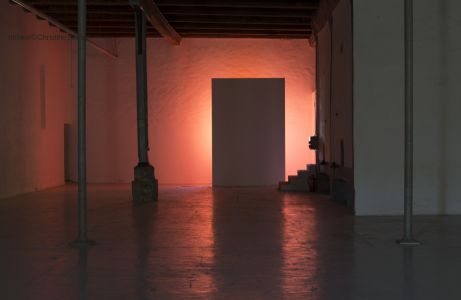 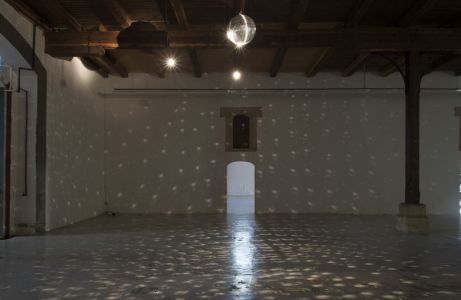 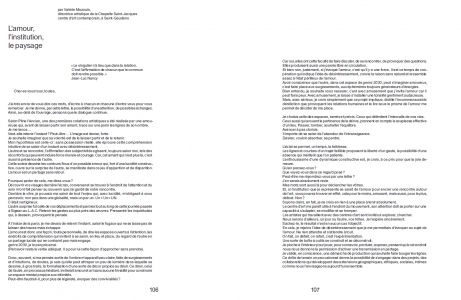