order
wishlist
First retrospective monograph.
Published on the occasion of Laura Grisi's long-deserved retrospective organized by Muzeum Susch, this book testifies to the singularity and innovative vision of Italian artist Laura Grisi within contemporary art history.
The first comprehensive monograph dedicated to Laura Grisi, this publication gathers together extensive documentation on Grisi's multifaceted practice, research, and travel, focusing on the 1960s–1970s, with new essays by Muzeum Susch Artistic Director Krzysztof Kosciuczuk, Italian critic and curator Marco Scotini, French art historian Valérie Da Costa, writer and critic Martin Herbert, and Harvard University Professor of Visual and Environmental Studies Giuliana Bruno. It also includes the reprint of a seminal interview with Laura Grisi by Germano Celant realized in 1990.
Published on the occasion of the eponymous exhibition at Muzeum Susch in 2021 and at MAMCO, Geneva, in 2022.
Although her work has mostly been "reduced" to Italian Pop art—if not entirely overlooked—from the outset Laura Grisi worked beyond that category, pertinently intercepting various lines of international artistic research (Conceptual art, Optical art and Kinetic-Programmed art, Minimal art) and applying them in her own original synthesis. Within an activity whose fundamental motif is the "journey"—from remote locations visited and documented, to the multiplicity of mediums used—Grisi embodies a stateless and nomadic female subject who defies the politics of identity, the univocity of representation, and the unidirectionality of time.
Born in Rhodes, Greece, in 1939, educated in Paris, and living between New York and Rome where she died in 2017, Grisi spent long periods of her life in Africa, South America, and Polynesia. This involvement with cultures beyond those of the Western world was destined to indelibly mark her own experiences in the search for a cosmic thinking or "science of the concrete" (Levi-Strauss). Despite making photography the original method of her research in the early 1960s, she subsequently moved to "Variable Paintings" in the mid-1960s (with sliding panels and neon tubes). By the end of the 1960s she was creating dynamic, environmental installations in which she artificially reproduced natural phenomena such as fog, wind, and rain, before ultimately arriving at a descriptive, verbal form and mathematical language as a conceptual tool in the 1970s and 1980s, in order to explore the mechanics of human perception and knowledge. Grisi's entire body of work strives to take into account the breadth, multiplicity, imperceptibility, and infinite proliferation of all that is possible, but starts out from precise constraints, from paradoxical gaps, from linguistic and semiotic limitations, in accordance with an approach that is close to the Nouveau Roman, to Nouvelle Vague cinema, and the French Oulipo group.
During her lifetime, Laura Grisi exhibited at the Galleria dell'Ariete, Milan, in 1965; Leo Castelli Gallery, New York, from 1973; the Van Abbemuseum Museum, Eindhoven, in 1976; and Konrad Fischer Gallery, Düsseldorf, from 1978. Her work was included in 1966 at the XXXIII Biennale di Venezia and the group exhibition Italy New Tendencies at Gallerie Bonino, New York; in 1968 in Young Italians at the ICA, Boston, and the Jewish Musem, New York, and Teatro delle Mostre at Galleria La Tartaruga, Rome.
order wishlist
Edited by Clément Dirié and Marco Scotini. Texts by Germano Celant, Krzysztof Kosciuczuk, Laura Grisi, Marco Scotini, Martin Herbert, Valérie Da Costa.
published in January 2022
English edition
17 x 24 cm (hardcover)
272 pages (150 color & 70 b/w ill.)
35.00 €
ISBN : 978-3-03764-566-6
EAN : 9783037645666
in stock 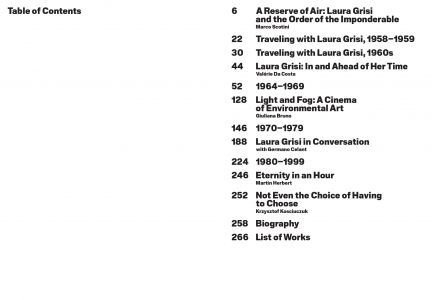 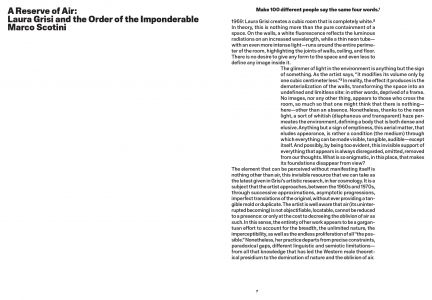 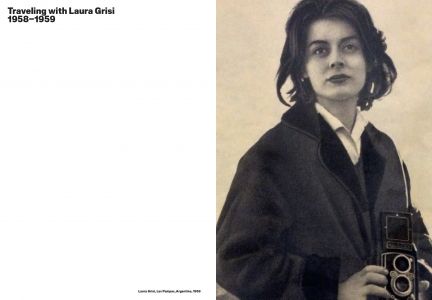 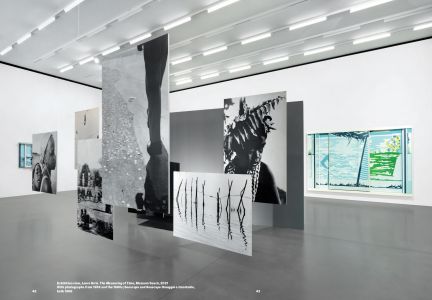 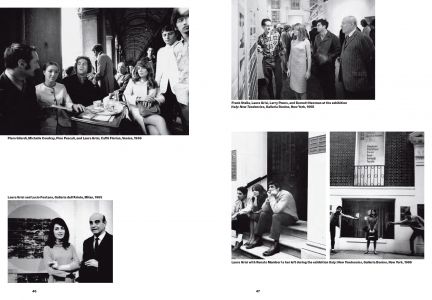 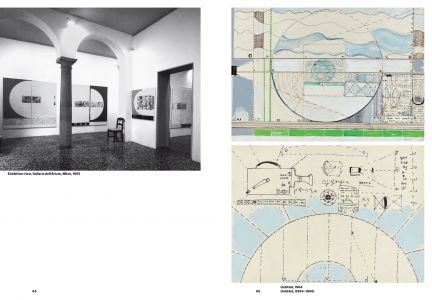 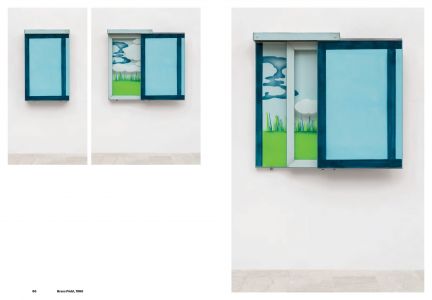 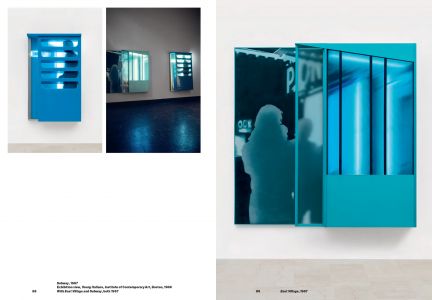 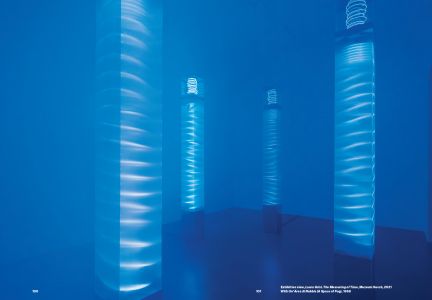 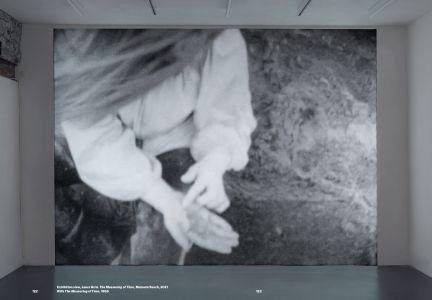 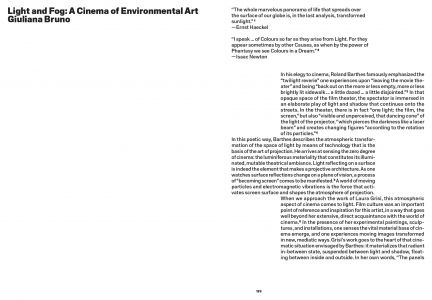 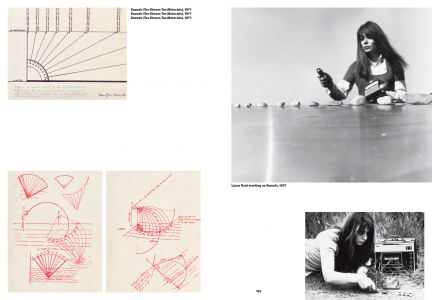 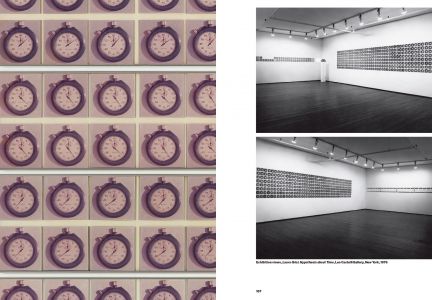 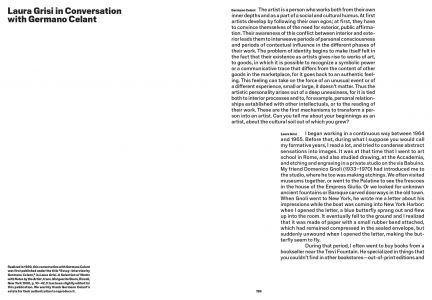 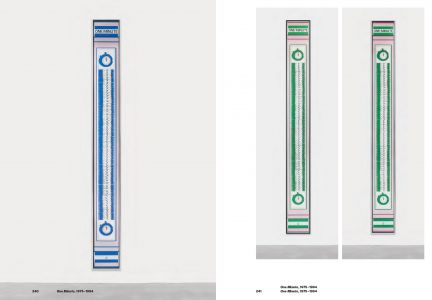 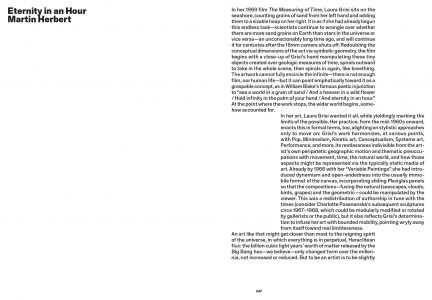 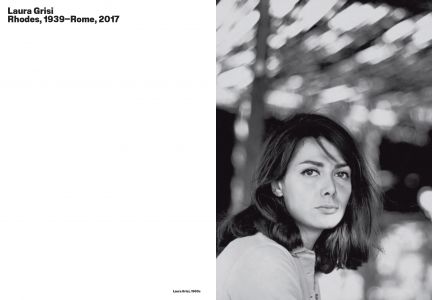 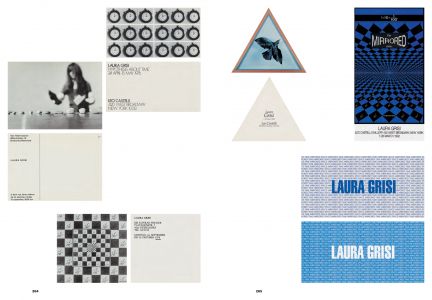