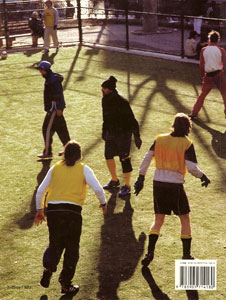 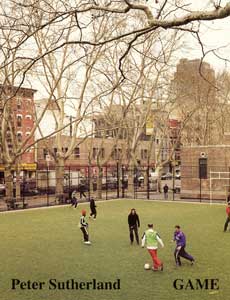 wishlist
Game is released in conjunction with the homonymous exhibition at MU Foundation (Eindhoven), between January 27 and February 25, containing a selection of photographs of the New York based Chinatown Soccer Club, of which Sutherland himself is a member. The Club is made of artists, designers, poets and local fellow friends, who have in common the passion for football and early morning games in their Chinatown's surreally quiet playing ground, located in heart of frenetic New York.
American born, self-made photographer and filmmaker, Peter Sutherland (Ann Arbor, 1976) became, over the last few years, one of the youngest and indisputable portrayers of contemporary society's less obvious subcultures, such as bike messengers, amateur soccer players and graffiti artists, but nonetheless, each on its own, a phenomenon of striking impact in the global ever-growing do-it-yourself generation.
wishlist
published in 2007
no text
19,5 x 25,5 cm (softcover)
60 pages (60 colour ill.)
ISBN : 978-3-905714-18-0
EAN : 9783905714180
sold out