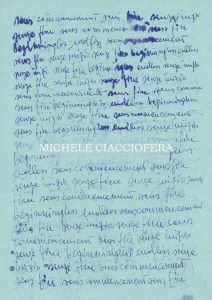 order
wishlist
A retrospective of the last ten years of the Italian artist's graphic and sculptural work, often deployed in extensive programmatic ensembles concerned with memory and archaeology, a sense of history and passing time, that highlights his major contribution to the reconstruction of a trans-Mediterranean imaginary.
Beginningless endless is the catalogue accompanying the exhibition by Michele Ciacciofera at the Musée d'art contemporain de la Haute-Vienne-Château de Rochechouart in 2021). It is also an "archive of metamorphoses" testifying to a polymorphous and constantly evolving work.
Documenting the last ten years of activity of the Italian artist, the book highlights his major contribution to the reconstitution (and the claim) of a transmediterranean imagination. Its visual and poetic expression extends to many areas all tackled by Ciacciofera; whether they are practices or forms linked to craftsmanship and popular theatre, ancient architecture, mythological concepts, symbolic or even esoteric codes.
Signs distilled on a multi-track path, drifting between the ports of Sicily, the Rif mountains and the remains of Tire. During his life Michele Ciacciofera travelled the whole earth, guided by the tropism «of» the South and cultivating the spirit of cosmopolitanism. His paradoxically «inhabited» peregrinations are so many opportunities to immerse oneself in an ecosystem and to let his creative process hybridize with his contact. They echo anachronistically with the multiple invasions that shaped the artist's native land, the one that is at the crossroads of all its excesses, Sardinia: Greek, Roman, Arab, Carthaginian, Spanish… All of Ciacciofera's travels reflect the initiation rite permanent record of the multiple archaeological sites visited, probed stones, deciphered alphabets, which dot the artist's works with their ghostly presence. He creates like an archaeologist who, having examined an infinite number of objects in all materiality, finally resolves to search for their lost aura, rather than their purely tangible existence.
Published on the occasion of the eponymous exhibition at the Musée d'art contemporain de la Haute-Vienne-Château de Rochechouart, from March to September 2021.
Born 1969 in Nuoro, Sardegna, Michele Ciacciofera moved to Palermo where he grew up and at university graduated in Political Science. Afterwards, he returned to Sardegna for an apprenticeship with the painter and architect Giovanni Antonio Sulas. He has since then lived and worked in Siracusa, Sicily since 1990, and in Paris since 2011 where he now lives and works.
Ciacciofera has always been invested in the relationship between human existence and the natural world. Using a variety of artistic approaches, including installation, sculpture, painting, drawing, theater, video and sound, he freely combines media and methods in his exploration of nature, history, mythology and humanity.
Conceptual artist at heart, he is concerned first and foremost with the subject, narrative and feeling that he wishes to convey, with the materials—drawn from a host of sources—following the concept. He constantly calls upon his background in political science, keen interest in environmentalism, and fixation with individual memory, folding in research, activism, and his own subjective reality to create poetic experiences.
For many years he studied landscapes and how humans change them, and human portraits to find their typus. His works have existential themes, with central or appended political and social questions employing a complex, intensely symbolic, visual language.
Material for his inquiries often begin with some nexus found in the cross-currents of languages, their literatures, and histories, for example, J.W. Goethe's Sicilian Travels that inspired a collection titled "Sicilian Journey" that toured Europe and the USA. He also spent years exploring questions relating to torture, legal and extra-legal imprisonment. Other themes included that of profound melancholy and desolate seascapes and deserts where the near absence of the humans provide surprising perspectives.
He has also worked in theatre. In 2010, he designed sets and costumes for Medea, (dir. Maurizio Panici, starring Pamela Villoresi), which opened at Tindari's Greek Theater and then toured until 2011, also Oedipus Rex, Helena, Andromaque, and others. Medea inspired his Argonauta series of paintings, drawings and sculptures, which recognized a need to unlock a a more intense dialogue with the past. Another set of works were inspired by the Renaissance masterpiece The Triumph of Death fresco in Palermo's Palazzo Abatellis.
With architects and engineers he won two competitions for the artistic and architectural refurbishment of the two container handling cranes located in the Port of Palermo, destined to become the symbolic interface point between the port and the city.
He was awarded the Civitella Ranieri NYC Foundation Visual Arts Fellowship for 2015-16.
order wishlist
Introduction by Sébastien Faucon; texts by Valérie da Costa, Bonaventure Soh Bejeng Ndikung, Roberta Garieri, Morad Montazami. 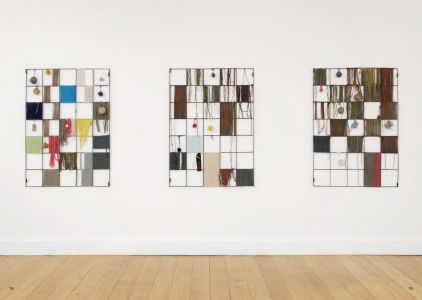 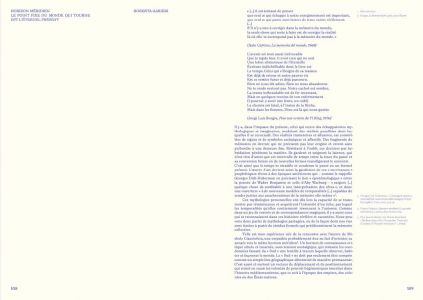 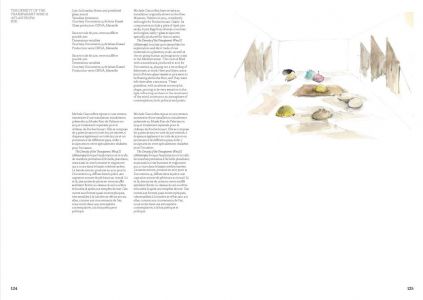 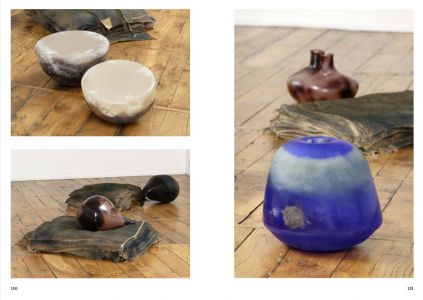 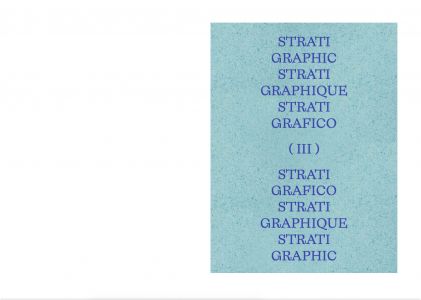 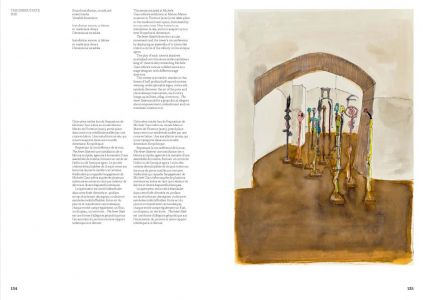 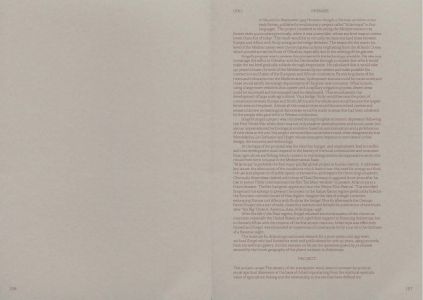 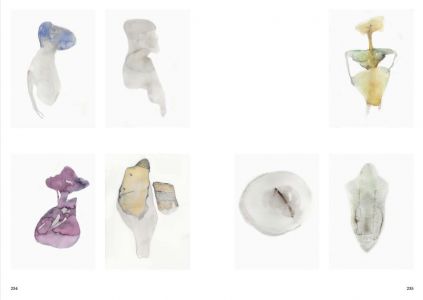 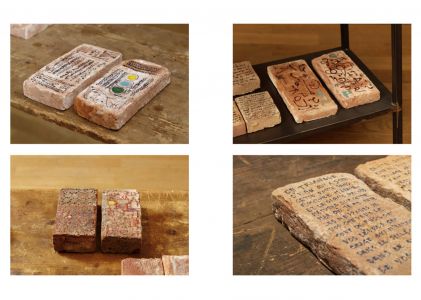 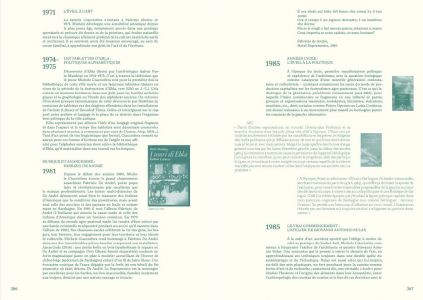