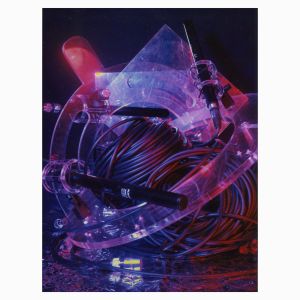 order
wishlist
The album from Marina Rosenfeld's complex audiovisual installation around the microphone, amplification, notation and listening.
Since 2017, Deathstar has been a project about the microphone—in Marina Rosenfeld's hands, a void, a mirror, an unruly instrument of transformation and mediation. This music is heard in traces, through thickly amplified silences punctuated by momentary eruptions of noise or a voice at the threshold of intelligibility. The sculpture at the center of the action—a plexiglas orb housing a 7-microphone array originally installed as part of an exhibition the artist mounted at Portikus, in Frankfurt Germany—performs a recursive operation, listening to and recirculating sounds continuously morphed by feedback and reflection. This machine music repeats itself in seemingly endless versions, abstractly and in an evolving relationship to the grammars of reproduction and performance, presence, absence, and accumulation. Later, recorded traces of this installation rendered as musical notation produce a series of events—concerts that explore the outcomes of the acts of amplifying, writing, and listening.
The four sides of the album Deathstar follow four such events: first, the installation of the Deathstar in exhibition space; then, a piano performance, also within the Deathstar's machinic environment, of a recording of the installation that Rosenfeld notated on paper; then, her re-notation of these recorded traces in the form of a concerto for piano and chamber orchestra, all aggressively amplified through a wall of guitar amps; and finally, the orchestration's reduction to something like chamber music, with acoustic instruments tasked with the representation of an ever more attenuated body of traces. Throughout, the extraordinary virtuoso pianist Marino Formenti and ensembles MusikFabrik (Cologne) and Yarn/Wire (New York) extract a dazzling variety of sounds from their readings of the work's written and acoustic forms. Deathstar is a complex and monumental work from a composer who has long explored the limits of form as an artist and as a listener.
Marina Rosenfeld is a composer and artist based in Brooklyn, NY. Her works explore acoustic architectures and experimental forms of participation and sociality in sound installation and performance.
In 1993 she mounted her first all-woman Sheer frost orchestra as a studentat CalArts in Los Angeles. Subsequent works in the 90s and aughts explored the staging of sound in complex sites, with attention to perception and the (female) body. In the late nineties she also began to create dub plates, developing an improvisational practice as a turntablist with a distinctive palette of sounds drawn from her studio practice. From 2008, with Teenage Lontano, she turned her attention increasingly to the diffusion of the voice within complex systems, with works for choir and the notable collaboration P.A./HARD LOVE with Annette Henry, aka Warrior Queen. Her music has continued to experiment in the areas of performance and notation, staging and concept, and in recent works, image and object.
Rosenfeld has collaborated with a core group of artists and interpreters, especially Okkyung Lee, Marino Formenti, George Lewis, Christian Marclay, Greg Fox, Eli Keszler, and Ben Vida. Between 2004 and 2008, she performed frequently with the Merce Cunningham Dance Company, and in recent years, created scores for choreographers Ralph Lemon (Scaffold Room, 2014-2015) and Maria Hassabi (PLASTIC, 2016, STAGED?, 2017, and STAGING, 2017-2018).
Rosenfeld's work has been presented by the Park Avenue Armory, the Museum of Modern Art, the Kitchen, the Whitney and Guggenheim museums, the Fondacion Serralves, Western Australia's Midlands Railway Workshops, and festivals and institutions throughout Europe, the US, Canada and Australia. She has mounted solo exhibitionsat Portikus Frankfurt, the Artist's Institute and, upcoming in 2021, at Kunsthaus Baselland in Basel, Switzerland. Her work has been included in two Whitney biennials, two PERFORMA biennials, the Montreal Biennial, Liverpool Biennial,  and international surveys such "Every Time A Ear Di Soun" ( for Documenta14), and Tasmania's "Dark Mofo" in 2019. In the contemporary music field, she has created works for the Holland, Borealis, Wien Modern, Time:Spans, Maerz Musik, Vancouver, Pro Musica Nova, Donaueschingen, Musica Strasbourg and Ultima festivals, among many others.
Rosenfeld has been the co-chair of the MFA in Music/Sound at Bard College since 2007, and has been a visiting professor in sound, sculpture and performance at Cooper Union, Harvard, Yale School of Art, and Brooklyn College.
order wishlist
Mastered by Stephan Mathieu at Schwebung Mastering.
DMM disc-cutting by Pauler Acoustics.
Original images by Eileen Quinlan.
published in December 2020
23.00 €
in stock 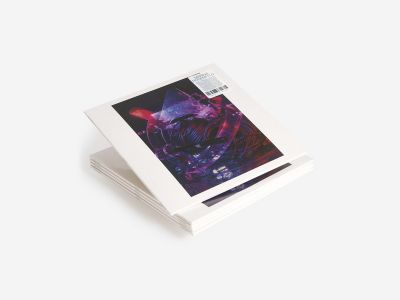 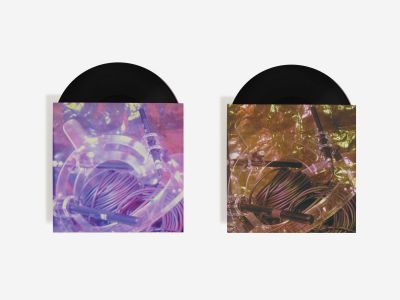 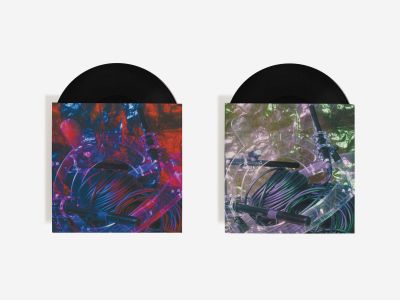 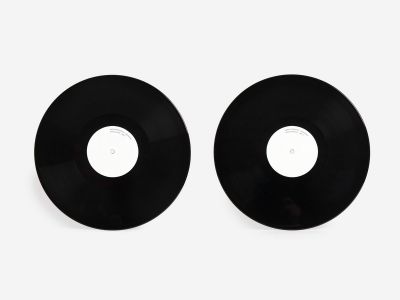 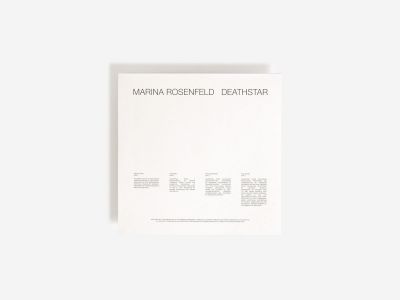