Partners – A Biography of Jerry Hunt 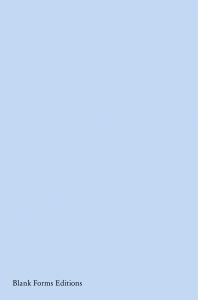 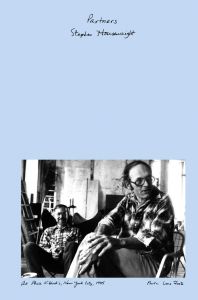 order
wishlist
The life and work of Amercian experimental musician/composer/intermedia artist Jerry Hunt.
Jerry Hunt was among the most eccentric figures in the world of new music. A frenetic orator, occultist and engineering consultant, his works from the 1970s through the early '90s made use of readymade sculptures, medical technology, arcane talismans and all manner of homemade electronic implements to form confrontational recordings and enigmatic, powerful performances. Tracing Hunt's life across his home state's major cities to a self-built house in rural Van Zandt County, this memoir-cum-biography by Stephen Housewright, Hunt's partner of 35 years, offers illuminating depictions of Hunt's important installations and performances across North America and Europe.
Housewright narrates a lifetime spent together, beginning in high school as a closeted couple in an East Texas and ending with Hunt's battle with cancer and his eventual suicide, the subject of one of his most harrowing works of video art. This highly readable narrative contains many private correspondences with, and thrilling anecdotes about, Hunt's friends, family, and collaborators, including Joseph Celli, Arnold Dreyblatt, Michael Galbreth, Karen Finley, James and Mary Fulkerson, Guy Klucevsek, Pauline Oliveros, Paul Panhuysen, Annea Lockwood, and the S.E.M. Ensemble.
Stephen Housewright is a writer, librarian, and teacher.
Jerry Hunt (1943–1993) is often described as a shamanic figure with the look of a Central Texas meat inspector. One of the most compelling composers in the world of late-twentieth-century new music, he made work that combined video synthesis, installation art, and early computers with rough-hewn sculptures, scores drawn from celestial alphabets, and homemade electronics activated by his signature wands and impassioned gestures. Hunt lived his entire life in Texas, eventually settling in a house ("an interactive environment") he built with his partner, Stephen Housewright, in a rural area outside Canton; but his pataphysical, abrasive, and humorous performances took him across North America and Europe, where he amassed a small but dedicated following.
order wishlist
Introduction by Karen Finley.
published in November 2021
English edition
14 x 20 cm (softcover)
292 pages
15.00 €
ISBN : 978-1-953691-04-0
EAN : 9781953691040
in stock