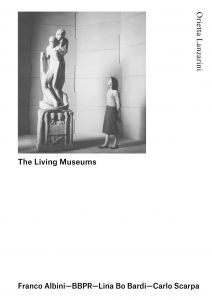 order
wishlist
An analysis of four museums by architectural historian Orietta Lanzarini, built between the 1940s and 1960s, and set up by four of the most groundbreaking Italian architects of the 20th century.
With different approaches and strategies, Franco Albini, BBPR, Lina Bo Bardi and Carlo Scarpa rethought and redesigned the Second World War's museums and their purposes. Despite their intrinsic differences, the four case studies show how all these architects' projects sought to achieve two common purposes: to make art education accessible to everyone and to highlight the value of history in building the present.
The Museo di Arte Antica del Castello Sforzesco in Milan (1947-1956) designed by Studio BBPR, aimed to be “popular” and “didactic” at the same time, clashing with Ernesto Nathan Rogers' idea of history; The Galleria Comunale di Palazzo Bianco in Genoa (1949-1951), by Albini, placed modern displaying devices in an ancient palace, encouraging the development of one's own visual culture; the Gipsoteca “Antonio Canova” in Possagno (1955-1957), is considered as Carlo Scarpa's most difficult work; it combines a series of artistic, architectural and literary sources from the 17th century, exhibiting, through lighting effects, Canova's works. The MASP – Museo de Arte de São Paolo, Brazil (1947-1950; 1957-1968), designed by Lina Bo Bardi focused on the ideas of collective education and the adaptability of spaces to different cultural functions.
An anthology  of essays by Albini, BBPR, Bo Bardi, Scarpa and art historian Giulio Carlo Argan completes the volume, drawing attention back to some themes that are crucial also for contemporary Museography.
a href="index_theme.php?id=7&menu=4">Architectural historian Orietta Lanzarini was awarded her PhD on History of Architectural and Urban Planning in IUAV-Venice University in 2002, discussing a thesis on the works of Carlo Scarpa in the 1950s and his relationship with visual arts that was published the next year. She published several essay on museums and exhibitions design in Italy devoted, in particular, to the works of Franco Albini, BBPR, Carlo Scarpa, and Luigi Moretti. Moreover, she contributed as consultant or curator to numerous exhibitions dedicated to these topics. Since 2019 she is Associate Professor in Architectural History in Udine University, Italy, where she carries out research on architectural drawings after the Antique, with particular attention to the sketchbooks produced in Italy during the 15th and 16th centuries.
order wishlist
Texts by Orietta Lanzarini, Franco Albini, BBPR, Lina Bo Bardi, Carlo ScarpaCarlo Argan.
published in March 2021
bilingual edition (English / Italian)
17 x 24 cm (softcover)
272 (b/w ill.)
25.00 €
ISBN : 978-88-8056-108-8
EAN : 9788880561088
in stock 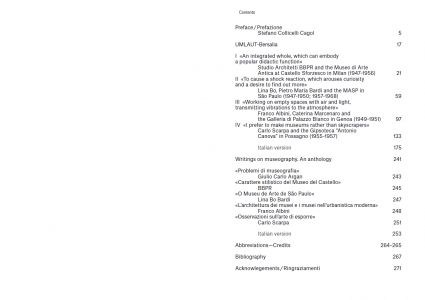 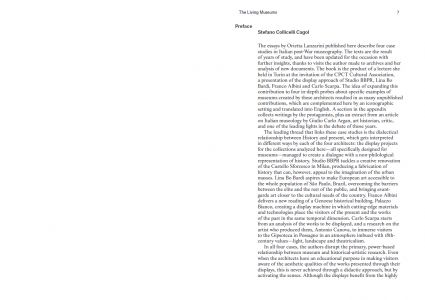 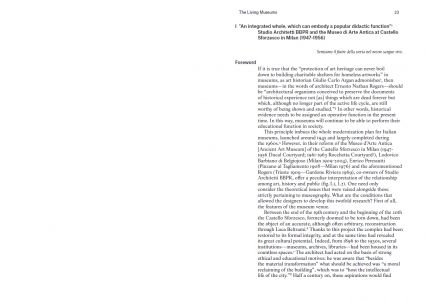 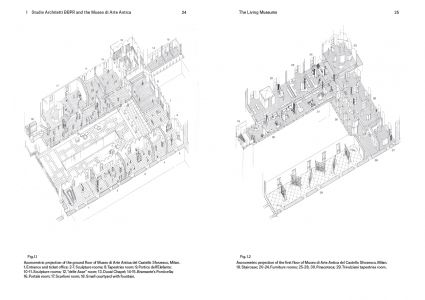 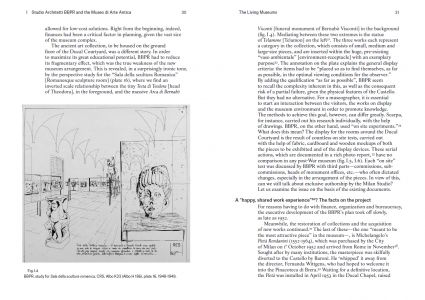 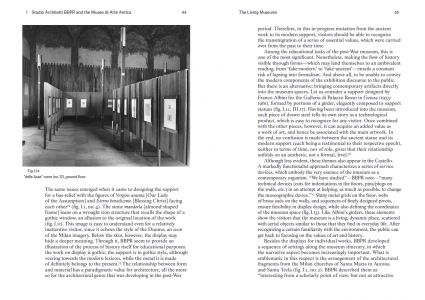 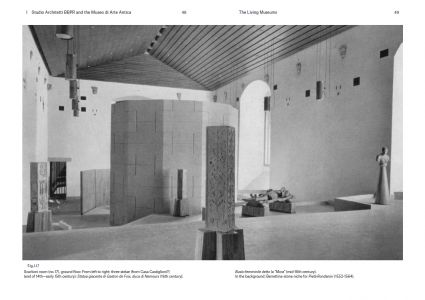 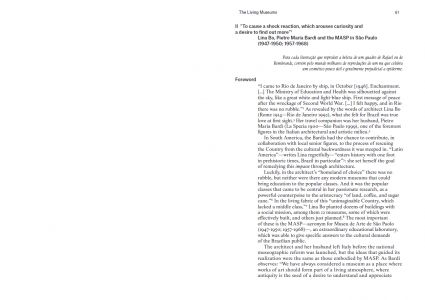 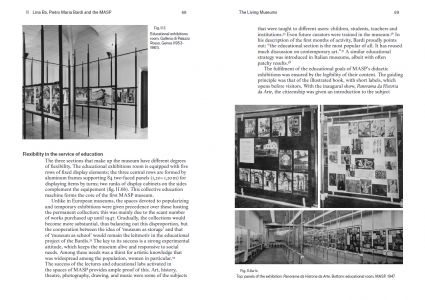 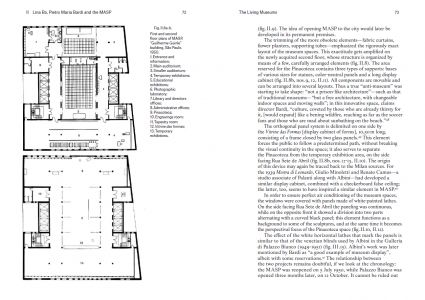 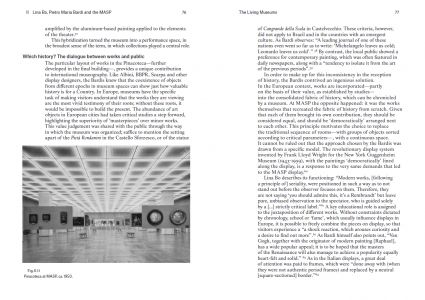 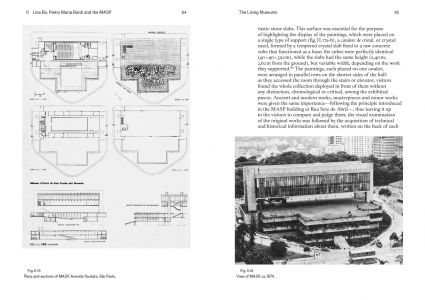 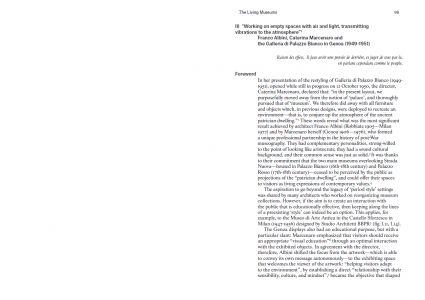 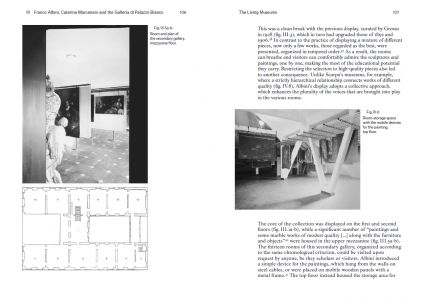 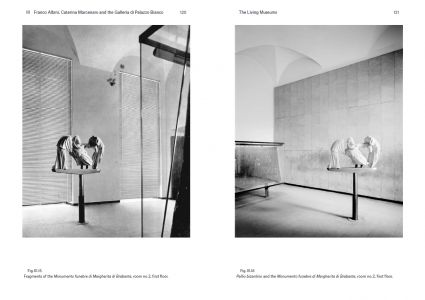 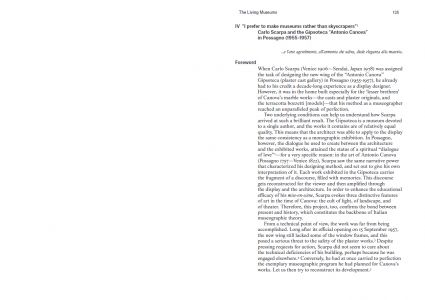 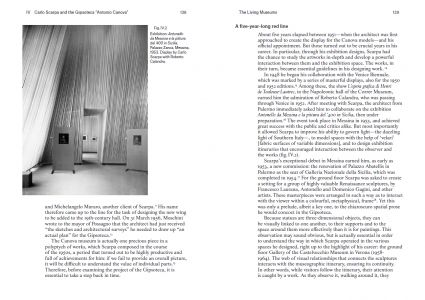 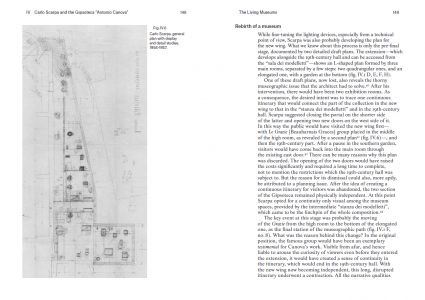 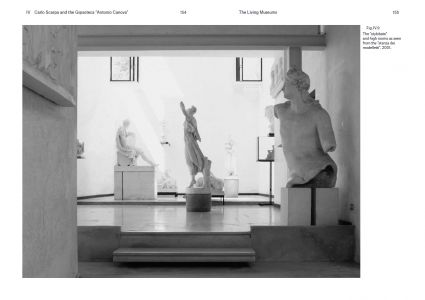 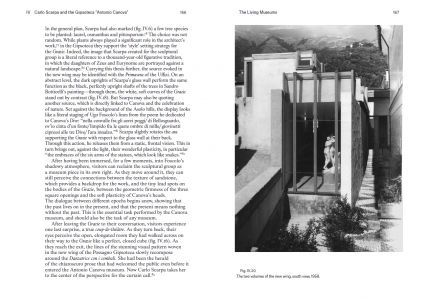 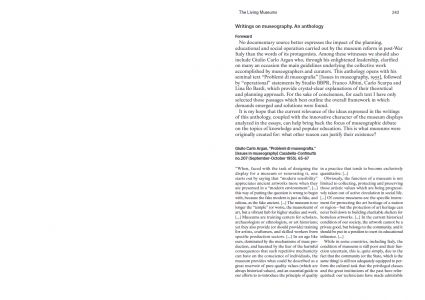 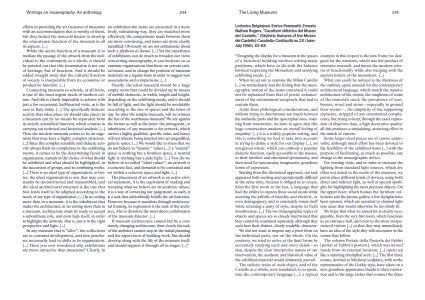