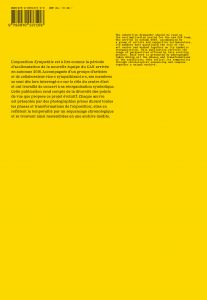 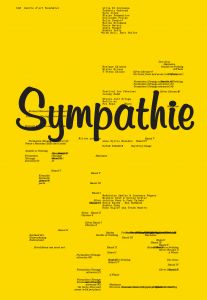 order
The catalogue / temporal synthesis of the evolutionary and challenging exhibition at CAN, Neuchâtel, questioning the very role of an art center (each work is presented by photographs taken during all the phases and transformations of the exhibition; they reflect its temporality through chronological sequencing and compose together a unique archive).
It may sound ingenuous, but Sympathie is in fact a title that indicates real complexity and as such contests several specific aspects of the world of contemporary art and its institutional organization. An elitist world clogged up with the growing number of artists trained every year in art schools. An art world whose competitiveness translates into the welter of schemes set up to award prizes, grants and other distinctions. And a pitiless, globalized art market that operates on an utterly excessive scale. Sympathie conveys a message of protest amiably expressing a concerned vision of a stifling system based on success, power and wealth.
It also conveys notions of harmony, cohesion and influence: the phenomenon of sympathetic vibration, in acoustics, is a relation that develops between two sound-producing bodies: when one is activated, the vibratory movement is propagated and enters into resonance with the other. On one side this concept depicts the affinities that may be found between the members of the new team that had only just taken up its positions at CAN Centre d'art Neuchâtel, seeking to institute a horizontal function within the institution, and, on the other, it embodies the rhizomic connections established with guests artists by sharing this collective perspective. Such a paradigm shift brings about a state of constant questioning which entrains an interesting chain reaction. This state was revealed in the very structure of the exhibition Sympathie, a show that was constantly evolving, with regular changes of hanging, modifications to works and the introduction of new works throughout its duration. It freely brought together two traditionally separated stages: hanging and exhibition, to attain its "final" form only at the finissage/vernissage—the "closing/ opening" day.
This publication covers the multiplicity of viewpoints proposed by this project. Sympathie positioned itself within a dynamic in which neither direct experience (which would necessitate permanent presence in the rooms) nor virtual experience offered a complete overview. This catalogue has therefore been conceived in such a way as to create an archive of a set of situations; it embodies a temporal synthesis of a shifting exhibition that was articulated over several months in order to transcribe a more complete vision of the ensemble. This exhaustive collection of images and fragments ordered in a chronological frieze offers a unique and condensed perception of the works that clearly tends towards a less rigid account and is conducive to plural interpretations.
Published following the eponymous exhibition at CAN, Neuchâtel, in 2018. 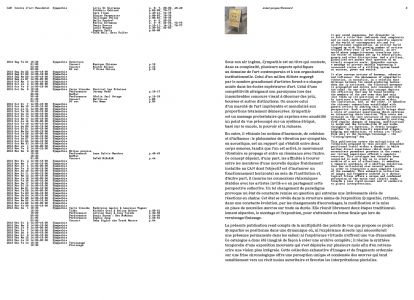 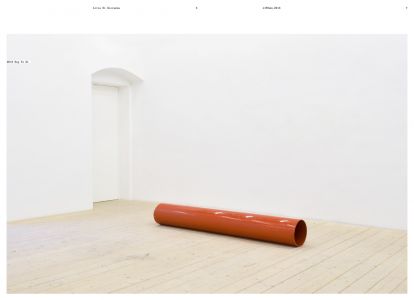 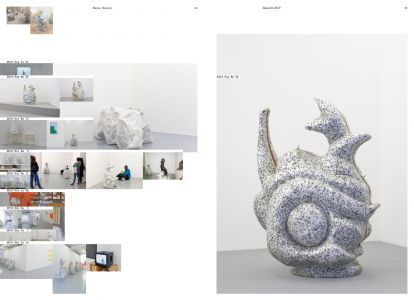 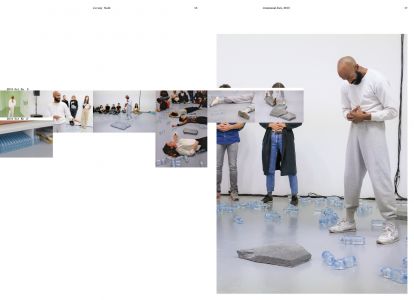 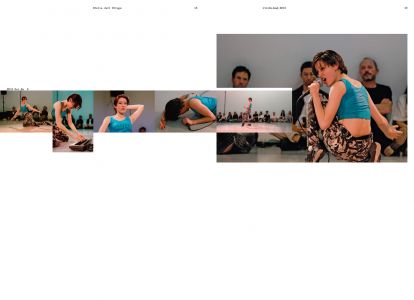 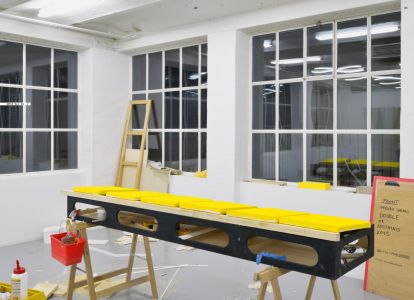 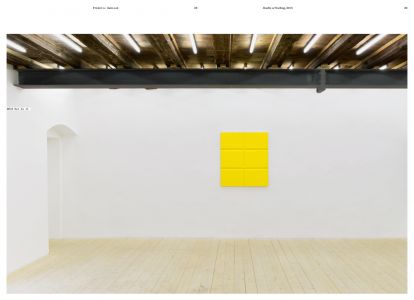 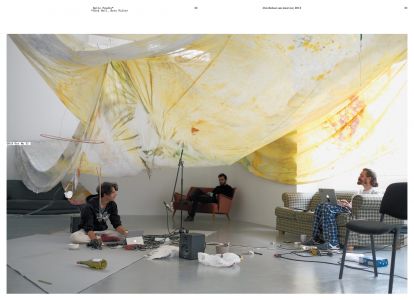 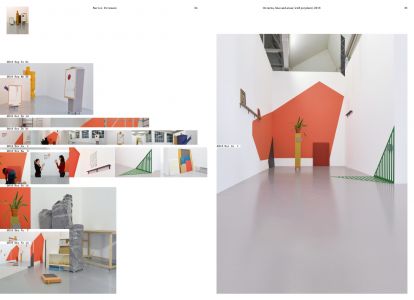 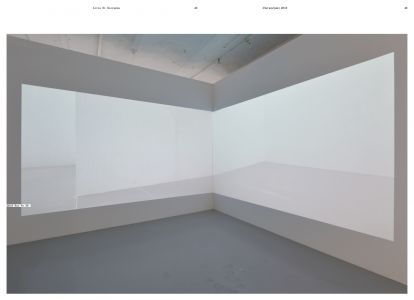 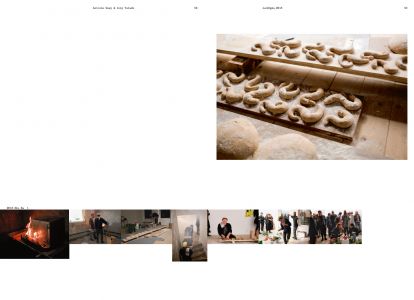 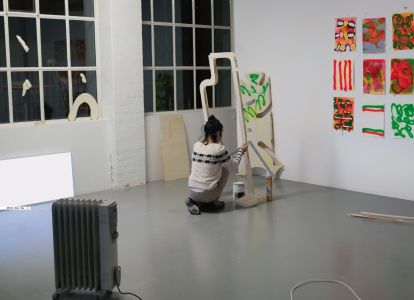 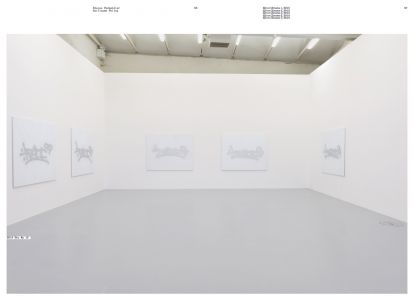 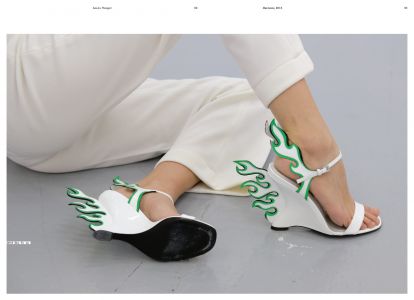