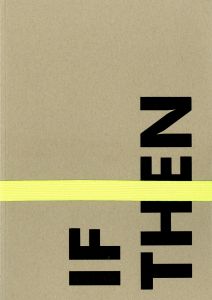 order
wishlist
Exhibition catalogue.
The title If Then Else is an expression in programming logic, a conditional statement stemming from language philosophy. Accordingly, propositional logic allows relating algorithmic and conceptual thinking through linguistics – which constitutes the focus of the exhibition.
Published following the eponymous exhibition at Casino Luxembourg from Septembre 28, 2019, to January 5, 2020.
LAb[au], laboratory for architecture and urbanism, is a Belgian interdisciplinary art studio. Founded in 1997 and based in Brussels, the collective mainly creates interactive artworks, audiovisual performances and scenographies, for which it develops its own software and interfaces.
Their group name merges a phonetic and a written meaning: that of the French / Dutch pronunciation "labo" standing for an experimental approach and that of "bau", the German word for construction. This double meaning crossing of oral and written media stands for a conceptual, methodological and artistic framework examining the influence of advanced technologies on art; it stands for an artistic thinking of art as media. From this perspective their name also references the German Bauhaus which followed similar objectives, as design can be seen as the outcome of a methodological, interdisciplinary and experimental reflection on the influence of the ongoing industrialisation to the language of art.
With a background in architecture their members (Manuel Abendroth, Jerome Decock, Alexandre Plennevaux and Els Vermang) and projects are concerned with the construct of "space"; a practice they qualify as MetaDeSIGN, and which is characterised by the setting of processes and systems, whereby its inherent rules become the major artistic act.
order wishlist
published in December 2019
bilingual edition (English / French)
21 x 29,5 cm (softcover)
128 pages + 198 pages (ill.)
15.00 €
ISBN : 978-2-919790-05-0
EAN : 9782919790050
in stock 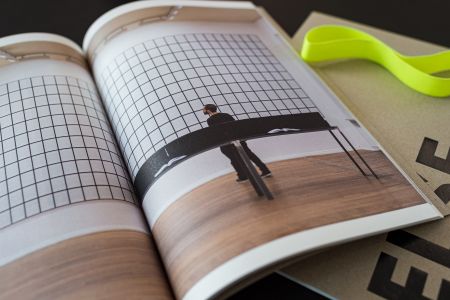 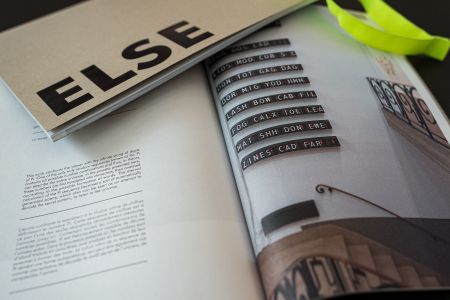