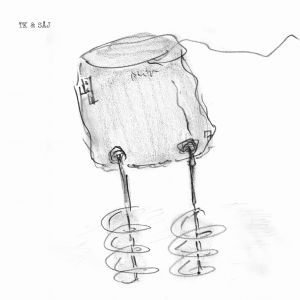 order
wishlist
A previously unreleased concert recording from 1983 by Das Moabiter Duo (Sven-Åke Johansson and Thomas Kapielski). An eclectic improvisation associating drums, electronics and concrete music, offering a snapshot of the experimental Berlin scene of the 1980s.
The LP recovered, mixed and mastered by Frieder Butzmann, features a previously unreleased concert recording from 1983. Joint performances by Kapielski and Johansson took place in clubs like the Korrekt (Alt-Moabit, Berlin) or—as part of the experimental concert series “Materialausgabe” initiated by Heiner Goebbels and Christoph Anders—at the Batschkapp in Frankfurt/Main.
Das Moabiter Duo, as we can see from today's perspective, already anticipated live performances between noise, improv and advanced electronics that now almost daily enrich the nightlife of a city like Berlin. But back to the concerts of that time: Kapielski's electronic manipulations of sounds from everyday objects resulted in, as he himself puts it as ironically as conceitedly, an “ingenious-stockhausianistical” performance. Meanwhile, Johansson explored the sonic possibilities of shoe trees, lashed out with towels, grabbed his accordion with its attached a rear-view mirror, and, last but not least, played, of course, his astonishing drum kit.
Confusion arose—both during the actual performance and, in a completely different way, decades later, when Kapielski rediscovered the audio tape with a concert recording in an old carton—because of a typically unique idea by Johansson: “With a professional gesture, in the middle of the concert and while playing, Sven-Åke exchanged the cymbals, mounted on stands to the left and right of the bass drum, for large "cymbals" made of thick foam pads. And he continued to play on them. We laughed—but we heard nothing. Or presumably even more. Each of us something different. That was enlightening—how else would this scene still be so present in my memory after 35 years.” (Heiner Goebbels, text excerpt from the booklet)
Obviously, listening to the original recording on which the LP is based you wouldn't be able to see Johansson playing his foam cymbals, in order to, as it were, hear them before the inner eye. Moreover, as Kapielski remembers in an e-mail to Johansson printed in the booklet, the recording microphones were placed in such a way that little of Johansson's drums could be heard anyway.
So, across decades, a special kind of improvisation emerged: Johansson added new, “real” sounds with his drum kit, turning his improvisations with Kapielski into a, not only in a temporal sense, genuinely free-floating undertaking: recovered.

In addition to a download code, the vinyl album contains an extensive format-filling 16-page booklet with drawings by Sven-Åke Johansson, a text by Heiner Goebbels, an e-mail from Thomas Kapielski and photographs by Gerald Domenig of the legendary performance. In addition, a video documentation of the concert at Club Korrekt from 1983 will be published.
Published on the occasion of the artists' joint exhibition at Laura Mars Gallery, Berlin, from February 22 to March 21, 2020.
Das Moabiter Duo is a music project founded by Sven-Åke Johansson and Thomas Kapielski in Berlin during the 1980s.
Sven-Åke Johansson (born 1943 in Mariestad, Sweden) is one of the style-defining drummers of the German free jazz era of the 1960s and 1970s. From the 1980s onwards, he pursued an artistic path largely independent of institutions and groups as a music performer in the circles of fine arts and new music. Among other things, more than fifty record releases, a number of music theatre pieces, radio plays, pictorial works and a lively touring life are among his oeuvre.
Thomas Kapielski (born 1951 in Berlin, where he lives and works) is perhaps better known as an author, with publications at Merve, Suhrkamp etc., certainly also as an artist. But since the 1980s he has also been active as a musician. He released records with Frieder Butzmann, among others.
order wishlist
Mastered by Frieder Butzmann. 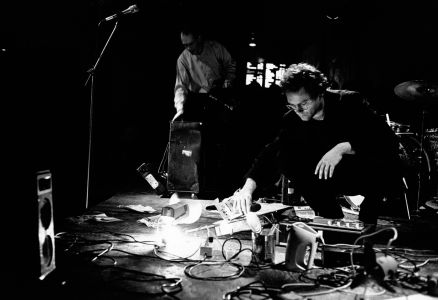 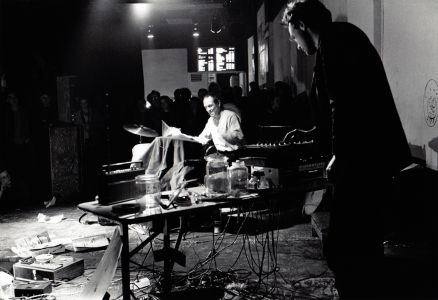