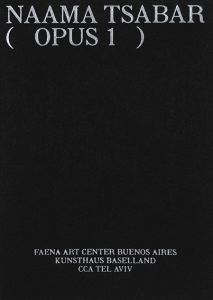 order
Monographic catalogue: for more than a decade, Israeli installation and performance artist Naama Tsabar subverts the gender roles associated with art and music, with a particular emphasis on rock'n'roll.
“The act of smashing the electric guitar is a thing—a big, climactic, performative, macho thing. We have seen it over and over again, this act of male anarchy and destruction. Its occurrence might have arguably changed rock'n'roll forever. . . Appropriating this iconic and overtly macho trope, Tsabar breaks guitars, but not for the public—and the act is not the climax but rather the process, the beginning of the creation. The death of the object becomes the starting point of the new project.”—Zoe Lukov

For more than a decade, installation and performance artist Naama Tsabar has been imploying everyday materials to form experiential and conceptually charged works of art that explore questions of power, sensuality, and memory. Through the appropriation and subversion of objects and iconic gestures from the realms of art and music—and their associations with masculinity, patriarchy, virility, and power—Tsabar upends the implicit gender roles and coded behaviors established by mainstream history and society. Following her solo exhibitions “Melodies of Certain Damage (Opus 2)” at Faena Art Center in Buenos Aires, “Transitions #4” at Kunsthaus Baselland in Muttenz/Basel, and “Melodies of Certain Damage (Opus 3)” at CCA – Center for Contemporary Art Tel Aviv, this book not only documents these exhibitions but it provides, for the first time, a deep reading and interpretation of her multifaceted practice, which encompasses sculpture, photography, sound, and performance.
Published following the exhibitions “Melodies of Certain Damage (Opus 2)” at Faena Art Center, Buenos Aires, September 6–7, 2018; “Transitions #4” at Kunsthaus Baselland in Muttenz/Basel, from April 20, to July 16, 2018; and “Melodies of Certain Damage (Opus 3)” at CCA – Center for Contemporary Art Tel Aviv, from December 22, 2018, to February 9, 2019.
Naama Tsabar (born 1982 in Israel, lives and works in New York) employs sculpture, photography, and performance to subvert the gender roles historically associated with musicianship. Appropriating and subverting the aggressive gestures of rock'n'roll and their associations with virility and power, Tsabar upends the implicit gender roles and coded behavior of music and nightlife. Her most recent works and sonic installations weave together iconic actions and objects from rock music (the guitar, the amplifier, the microphone) with a more intimate portrayal of the artist's body and its movement through, within, and into the surrounding architecture. The motifs of femininity, gender, disruption, destruction and reconstruction recur throughout her work and performances.
Tsabar has most recently performed at ELEVATION 1049 in Gstaad, Switzerland, in February 2019, and exhibited at the Center for Contemporary Art in Tel Aviv in 2018, Kunsthaus Baselland in 2018, and Prospect New Orleans in 2017 with the commissioned piece Composition 21. Upcoming exhibitions and festivals include Big Orchestra at the Schirn Kunsthalle Frankfurt this summer and at the Nasher Museum of Art in North Carolina this September. Selected exhibitions and performances of Tsabar include Faena Art Center, Buenos Aires, (2018); SoundKraft at the Museum of Arts and Design, New York (2017-18); The Skin of Sound, Hessel Museum of Art / CCS Bard, New York (2018); Palais de Tokyo, Paris (2017); High Line Art, New York (2016); Guggenheim Museum, New York (2014); Tel Aviv Museum of Art, Tel Aviv (2013, 2010); Frieze Projects, New York (2014); Zacheta National Gallery of Art, Warsaw (2014); MARTE-C, San Salvador (2015); MoMA PS1, New York (2010); The Herzliya Museum for Contemporary Art, Herzliya (2006). Tsabar received her MFA from Columbia University, New York in 2010 and BFA from Hamidrasha School of Arts, Belt-Berl, Israel, in 2004. Her work is held in the permanent collections of the Solomon R. Guggenheim Museum, New York; San Francisco Museum of Modern Art, San Francisco; Tel Aviv Museum, Tel Aviv; Israel Museum, Jerusalem.
order
Texts by Ines Goldbach, Zoe Lukov, Chen Tamir, Naama Tsabar. 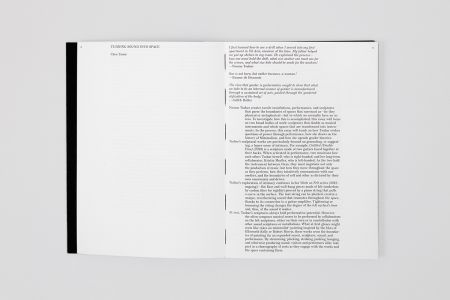 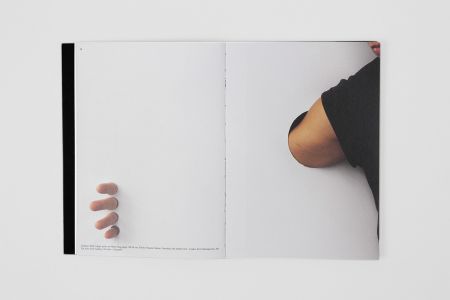 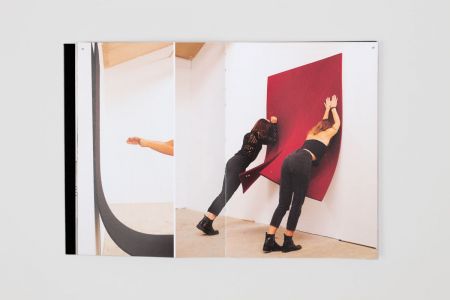 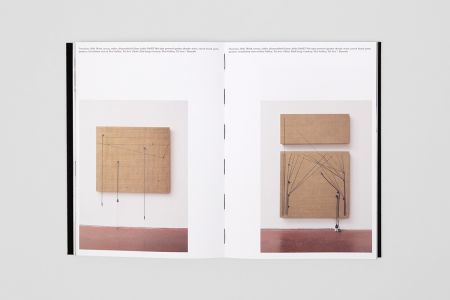 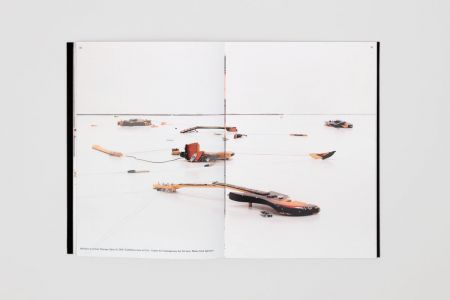 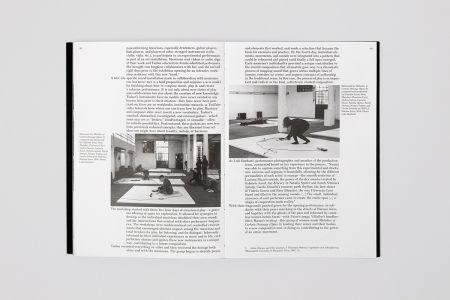