Debrisphere – Landscape as Extension of the Military Imagination 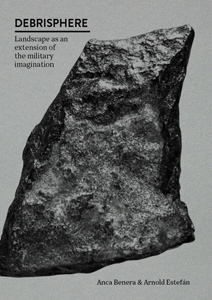 order
wishlist
Artist's book.
Debrisphere is a yet-unnamed stratum of Earth's crust, a supra-stratum of the Lithosphere. It contains the worldwide man-made landscapes: the artificial mountains of Germany, the “blooming deserts” of Israel, the military coral reefs of China and the United States, and other similar constructions around the world resulted from, or still serving, conflict and war.
The artist's book by Anca Benera and Arnold Estefan is published as an extension to their eponymous installation, presented for the first time in the frame of “Natural Histories. Traces of the Political” exhibition at MUMOK Vienna in 2017.
Alongside the artists' case studies, which include Ariel Sharon Park, Teuflesberg, Diego Garcia, Johnston Atoll and the Spartly Islands, the publication includes four republished texts by Andrew Chubb, Hito Steyerl and Eyal Weizman, which informed the artists' research process, and also newly commissioned texts by Noit Banai, Maja & Reuben Fowkes and Raluca Voinea.

“Territories shaped by conflict and war, new geographical configurations that need to justify state and military expansions, artificially created natures concealing destruction and trauma, these are the bones and stones of the Debrisphere, the stratum above the Lithosphere that artists Anca Benera & Arnold Estefan have sampled and analysed.
Benera and Estefán play with the fine line where fiction and reality blur. It is a line similar to that of countries' borders built as impenetrable walls and fences, or that between the desert and the forest, or the invisible maritime line separating the international from the colonising. This line is also the boundary where the Debrisphere occurs.”
(Raluca Voinea)
Born respectively in 1977 and 1978, based in Bucharest, Anca Benera and Arnold Estefan work together since 2011.Born respectively in 1977 and 1978, Bucharest-based artists Anca Benera and Arnold Estefan work together since 2011.
order wishlist
Edited by Anca Benera and Arnold Estefan.
Texts by Noit Banai, Andrew Chubb, Maja Fowkes & Reuben Fowkes, Hito Steyerl, Raluca Voinea, Eyal Weizman.
published in June 2019
English edition
13,5 x 20 cm (softcover)
144 pages (b/w & color ill.)
18.00 €
ISBN : 978-606-94300-3-3
EAN : 9786069430033
in stock
(last copies available!) 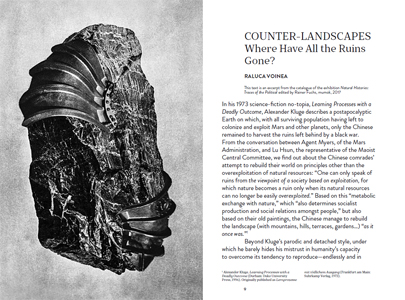 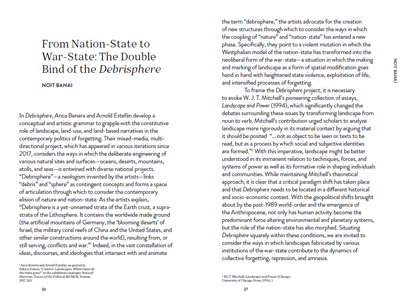 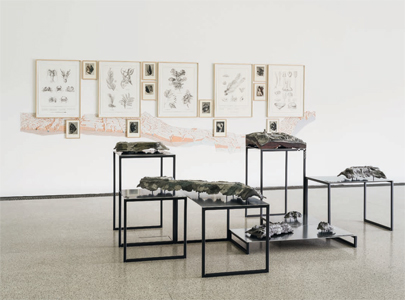 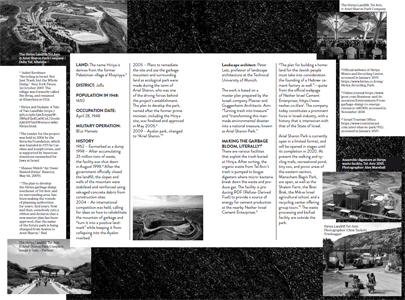 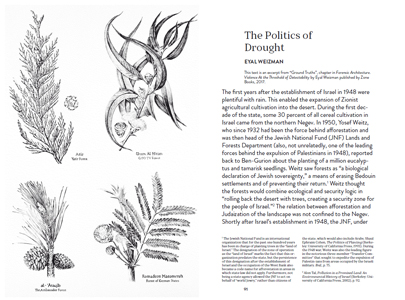 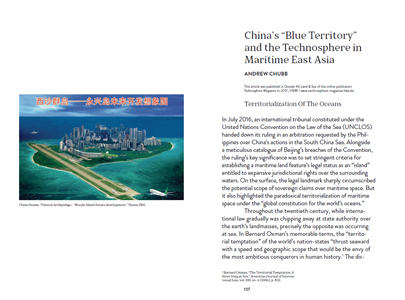 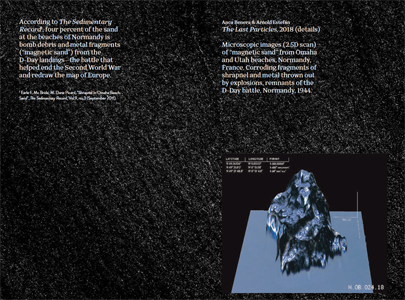