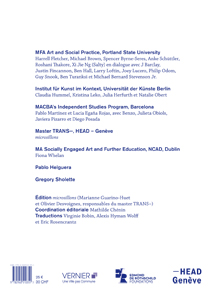 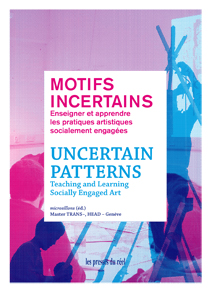 order
An overview of study programs teaching socially engaged art.
Since the beginning of the 1990's, participatory and collaborative art practices have multiplied. Today, those practices form a field in itself and are grouped under the terms “socially engaged art practices”, “community-based art” or “dialogical art”. The art historian Claire Bishop talks about a “social turn” to describe this evolution. Those practices, as Gregory Sholette points out, are currently moving from the margins of the art world to its center, gaining a new institutional legitimacy, sometimes in a form of contradiction to their activist roots.
With this institutionalization, study programs teaching those practices are developing, mainly in Europe and the US for the moment. Because of the dialogic nature of most socially engaged art projects, many artists developing them and intellectuals commenting them developed an interest for critical approaches of pedagogy. Grant Kester – an art historian who coined the term “dialogical art” – is even drawing a parallel between the very nature of socially engaged art and the pedagogical approach of Paulo Freire (whose thought was the basis for the birth of critical pedagogy): “In many cases these works challenge the distinction between artist and audience, turning viewers into co-participants. They replace the conventional, ‘banking style' of art (to borrow a phrase from Paulo Freire), in which the artist ‘deposits' his or her expressive content into a physical container to be ‘withdrawn' later by the passive viewer, with a process of dialogical exchange and collaborative interaction”.
When they are involved in those study programs, those actors, quite logically, will bring their alternative approaches of pedagogy to the level of their own teaching. Thus, one can observe in the programs teaching socially engaged art practices, the practice of dialogical methodologies that are experimental both in terms of the contents they allow to tackle and of the way knowledge is exchanged and produced in common. In those approaches, openness to the uncertainty of the results is a guarantee that the exchange is taken seriously. The patterns, in their forms as in their repetition, thus become uncertain. This publication, initiated by the TRANS– Master at the HEAD – Genève, brings together texts written by coordinators, teachers and students of five study programs built around socially engaged art practices (MA Socially Engaged Art (National College of Art and Design, Dublin) / Art & Social Practice (Portland State University) / PEI (MACBA, Barcelona) / Institute für Kunst im Kontext (Universität der Künste, Berlin) / Master TRANS– (HEAD –Genève)). The book also contains the re-edition and translation of two key texts for the field (one by Pablo Helguera, author of Education for Socially Engaged Art and the other by Gregory Sholette, co-editor of Art as Social Action).
Founded in 2005 in Geneva by Marianne Guarino-Huet and Olivier Desvoignes, the Microsillons collective develops collaborative art projects opening a reflection about the social and political role of art and calling for the use of critical and feminist pedagogies in cultural practices.
order
Edited by Microsillons.
Texts by Harrell Fletcher, Michael Brown, Spencer Byrne-Seres, Anke Schüttler, Roshani Thakore, Xi Jie Ng (Salty), J Barclay, Justin Fincannon, Ben Hall, Larry Loftin, Joey Lucero, Philip Odom, Guy Snook, Ben Turanksi, Michael Bernard Stevenson Jr., Claudia Hummel, Kristina Leko, Julia Herfurth, Natalie Obert, Pablo Martínez, Lucía Egaña Rojas, Benzo, Julieta Obiols, Javiera Pizarro, Diego Posada, Microsillons, Fiona Whelan, Pablo Helguera, Gregory Sholette. 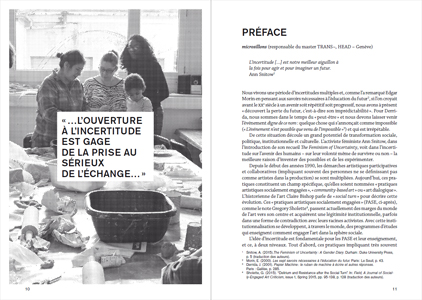 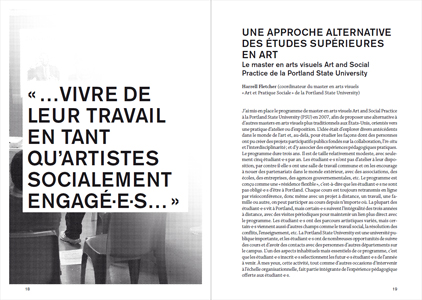 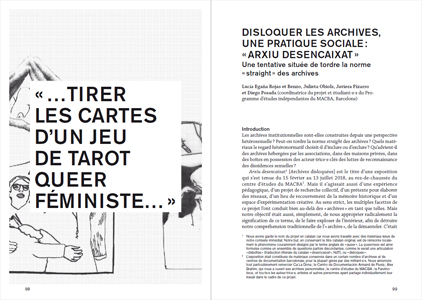 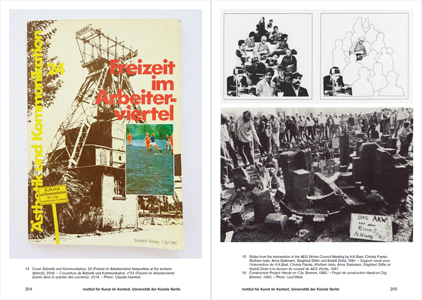 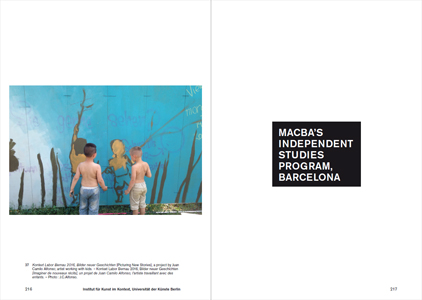 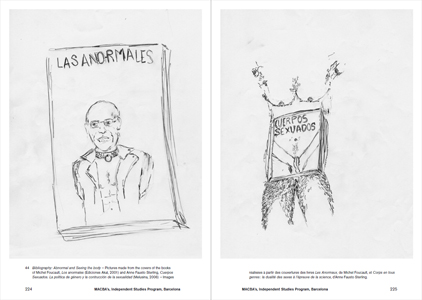 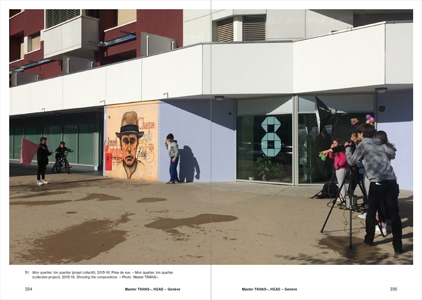