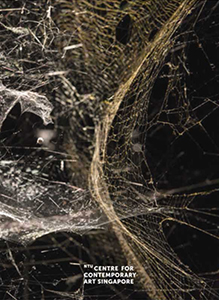 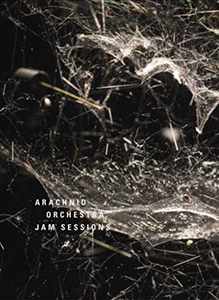 order
wishlist
This catalogue is conceived as a continuation and circulation of Saraceno's eponymous sound project: The artist uses spider webs as musical instruments embodying the incredible structural properties of the spider's silk, but also the spider's sophisticated mode of communication through vibrations. Saraceno recorded jam sessions between arachnids and musicians, included in this publication, as well as documentation, essays, and a manifesto.
Arachnid Orchestra. Jam Sessions is an inter-species encounter between arachnids and anthropos mediated by sound. This audio publishing project is conceived as a continuation and circulation of Tomás Saraceno's eponymous exhibition at NTU Centre for Contemporary Art Singapore in 2015. Exploring the arachnids's sophisticated mode of communication through vibrations, Saraceno developed several instruments that were able to amplify the vibrations of spiders, rendering them audible to other species. Various instruments, ranging from strings to percussion, were incorporated into the artist's exhibition at NTU CCA Singapore, and used within a series of Jam Sessions between arachnids and musicians including Brian O'Reilly, Bani Haykal, and Joyce Koh who collaborated with philosopher Etienne Turpin.
Multiple recordings, also took place, often impromptu, in Saraceno's studio in Berlin throughout the preparations of the exhibition in Singapore. These Studio Rehearsals, Spiders Salons—improvisations between the arachnids and multidisciplinary musicians David Rothenberg and Evan Zyporin—together with the Jam Sessions came together as an album. Accessible on the online audio distribution platform, SoundCloud, the album is included in this publication. An essay by Elizabeth A. Povinelli and a manifesto authored by Brian Massumi foregrounds Saraceno's experiment in current attempts to decentralise the human subject and address the perceptual world of non-human species. Spiders don't speak in the way humans conceive language, yet they are neither silent nor mute. By making audible what we can not hear and fully comprehend—the spider's vibrations—Saraceno draws attention to various modalities of expression and inter-relationality whose potentiality is yet to be valued.
Published following the eponymous exhibition at NTU Centre for Contemporary Art Singapore from October 23 to December 20, 2015.
Tomás Saraceno's (born 1973 in San Miguel de Tucumán, Argentina, lives and works in Berlin) oeuvre could be seen as an ongoing research, informed by the worlds of art, architecture, natural sciences, astrophysics and engineering; his floating sculptures, community projects and interactive installations propose and explore new, sustainable ways of inhabiting and sensing the environment. Aerocene, an open-source community project for artistic and scientific exploration initiated from Saraceno's vision, becomes buoyant only by the heat of the Sun and infrared radiation from the surface of Earth.
In 2015, Saraceno achieved the world record for the first and longest certified fully-solar manned flight. During the past decade, he has initiated collaborations with renowned scientific institutions, including the Massachusetts Institute of Technology, Max Planck Institute, the Nanyang Technological University of Singapore, and the Natural History Museum London.
He was the first person to scan, reconstruct and reimagine spiders' weaved spatial habitats, and possesses the only three-dimensional spider web collection to existence.
order wishlist
Edited by Ute Meta Bauer and Anca Rujoiu.
Contributions by Bani Haykal, Joyce Beetuan Koh, Brian O'Reilly, Brian Massumi, Elizabeth A. Povinelli, David Rothenberg, Studio Tomás Saraceno, Etienne Turpin, Evan Ziporyn. 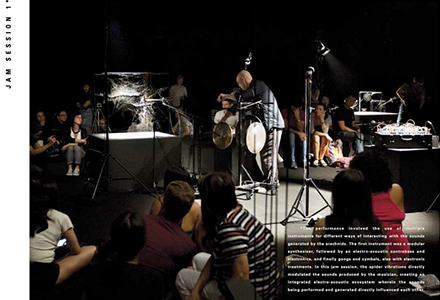 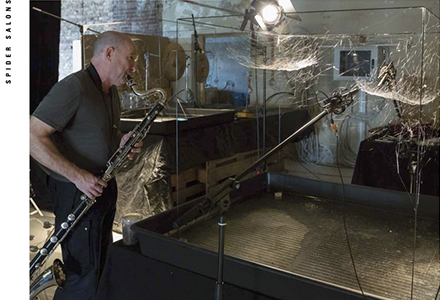 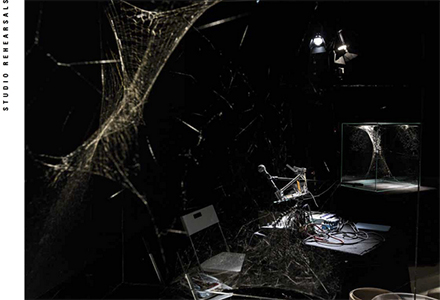 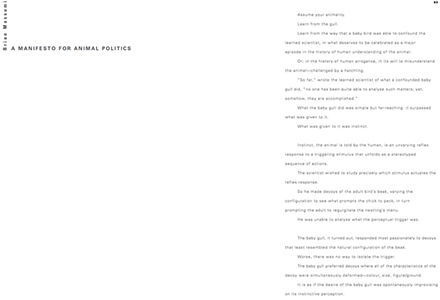