Rite of the End (CD) 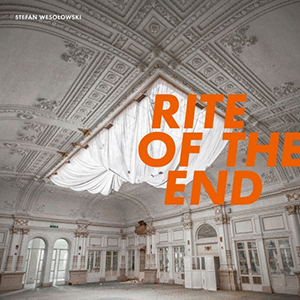 order
Rite of the End is composed of six musical pieces by Polish composer, producer and violinist Stefan Wesołowski. Between romanticism and modernism, going from Richard Wagner to Ben Frost, this celestial pastoral work resembles the soundtrack of our civilization and the witness of our mutation.
“A panoramic ‘wide screen' music which sounds like the missing link between the grandeur of Richard Wagner and the orchestral work of someone like Nick Cave”
Bester Langs, Gonzaï.
Also available on vinyl.
Stefan Wesołowski (born 1985) is a Polish composer, producer and violinist whose work oscillates between sacred, contemporary and electronic music. He first studied music in his native country, at the academy of Gdansk, then in Villecroze in France. Stefan Wesołowski already has a long career—several albums, collaborations, contributions and awards—and is supported by numerous labels, including Gusstaff, Ghostly International, Miasmah, Important, Ici d'ailleurs, and by Mute Song Publishing.
order
Photographs by Francis Meslet.
published in April 2017
CD digipack
6 tracks (04'01 / 06'12 / 05'24 / 08'39 / 06'41 / 06'24)
12.00 €
in stock

Rite of the End (CD)