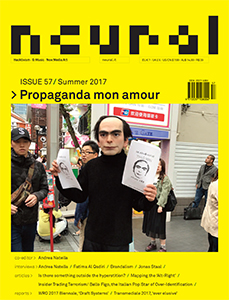 order
Propaganda issue, with Italian sociologist and marketing strategist Andrea Natella as special editor: interviews with Natella, Fatima Al Qadiri, Brandalism, Jonas Staal; Is there something outside the hyperstition? On accelerationism and propaganda; Mapping the “Alt-Right;” Insider Trading Terrorism; Bello Figo, the Italian Pop Star of Over-Identification; reports from WRO 2017 Biennale and Transmediale 2017.
Neural is a printed magazine dealing with new media art, with a peculiar attention to the networked and conceptual use of technology in art (the so-called net.art), hacktivism, or activism using electronic media to express itself, and electronic music, investigating how the technology is involved in music production, consumption and experimentation.
Neural was founded in 1993 by Alessandro Ludovico and Minus Habens Records label owner Ivan Iusco in Bari (Italy). The magazine's mission is to be a magazine of ideas, becoming a node in a larger network of digital culture publishers. The magazine is also committed to give its topics a proper visual frame: focusing on graphic design and how it could have expressed the electronic culture in a sort of printed “interface”, exploiting at the same time the “sensorial” possibilities of the printed page.
Neural is printed three times in a year (some years it is printed irregularly).
order
published in July 2017
English edition
21 x 27 cm (softcover)
56 pages (color ill.)
7.00 €
in stock 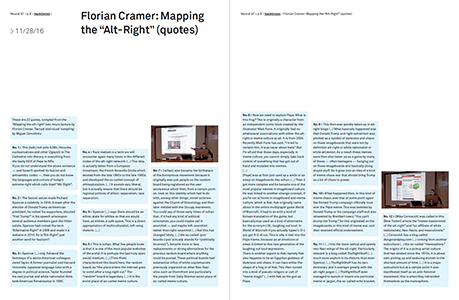 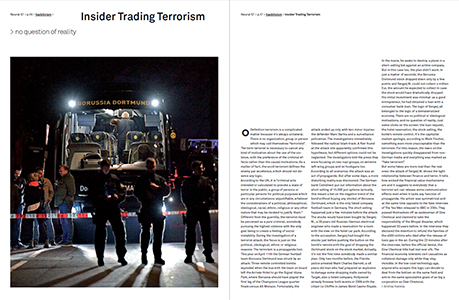 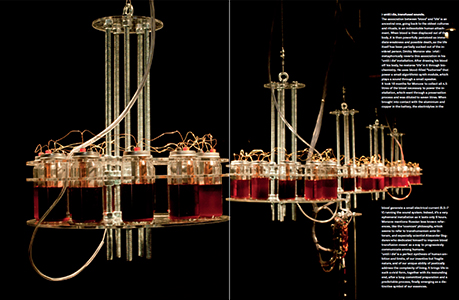 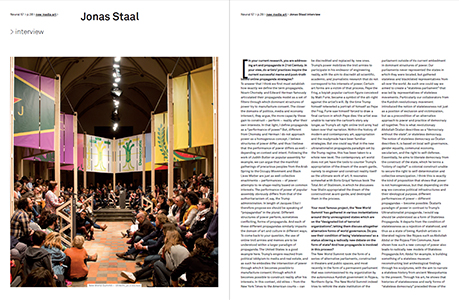 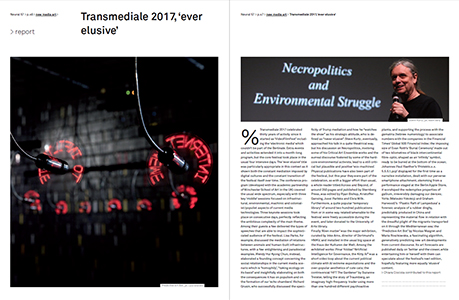