As the self-renewing discipline that is architecture, Caryatide editions picks up the torch of the critical magazine—which was their very first form. They wish to enrich the debate around architecture by bringing a word that confronts to the news. Architecture is at the convergence of questioning, a discipline nourished by cross-disciplinary approaches. As such, as a signature, Caryatide endeavours to keep a critical point of view, enriched by a social and political look which the architectural discipline depends on, to highlight its complexity and aspirations.
For each issue, three times a year, two contributors are invited to share their thoughts on a new theme. 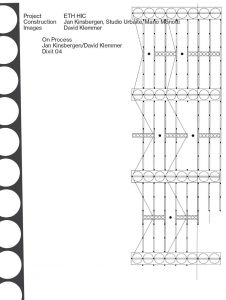 Jan Kinsbergen, David Klemmer
Dixit #04 – On process
2022
bilingual edition (English / French)
The fourth issue of the critical review Dixit, in which the words of the architects Jan Kinsbergen and David Klemmer confront each other, in the format of a dichotomous visual atlas, around the theme of the process. 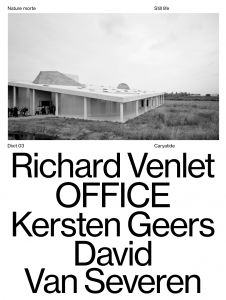 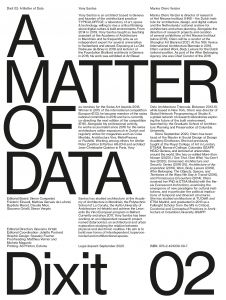 Yony Santos, Marina Otero Verzier
Dixit #02 – A Matter of Data
2021
bilingual edition (English / French)
Second issue of the critical magazine Dixit in which the words of the architect Yony Santos from the swiss architecture practice TYPICALOFFICE and of Marina Otero Verzier, director of research at Het Nieuwe Instituut (HNI), confront each other around the theme of “A Matter of Data”. 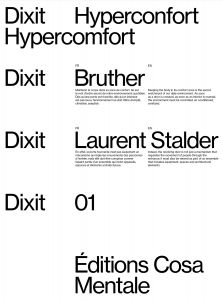 Bruther, Laurent Stalder
Dixit #01 – Hyperconfort / Hypercomfort
2020
bilingual edition (English / French)
First issue of the critical magazine published by Cosa Mentale, in which the words of the architecture practice Bruther and of Laurent Stalder, professor of architecture history at ETH, confront each other around the theme of “hypercomfort.”
filters: