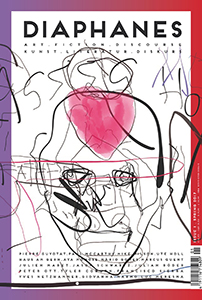 order
wishlist
Diaphanes first issue of features a special section dedicated to the work of Pierre Guyotat, including excerpts, an interview with Donatien Grau and drawings by Paul McCarthy. Also in this issue: Mike Wilson; Ute Holl; Haus Am Gern; Aya Momose; Mário Gomes; Marcus Quent; Julien Maret; Jason Swartz; Julian Röder; Peter Ott; Tyler Coburn; Francisco Sierras Malerei; Yves Netzhammer; Giovanna Marmo; Luc Meresma…
Every world view is linked to aesthetic decisions, every thought to its form, every judgment to perception and affect. The fact that this always requires an intermediary, a conveyor, is—given the omnipresence of multi- and mass media—both a trivial and a profound insight, the finest shoots of which range from Aristotle's “the diaphanous” through Joyce to the present, in which one thing is blatant: what is made visible, and how, shouldn't be left to either the techno- or other ideologies.
For what seems far too present today, not least in the form of conflicts about images and territories, and as opaque and diffuse as the present, reality, future, has the appearance … has a powerful appearance, which needs critical interpretation and intellectual sleight of hand alongside linguistic sensibility and aesthetic irascibility if it is to be countered. So here and subsequently we present a small section of the world as an interplay of hard and soft, sounding and iridescing differences and interferences; art and thought, critique and production interrelated and juxtaposed, playfully, seriously, and passionately, for a yet to be conceived “divergent thinking.”
So it's about ART in plural, that makes us see, animates the senses, that is physically compelling. About fiction, if this can be mentioned separately at all, about writing and transcendence: literature, invention, poetics, and poetry. And about DISCOURSE: lecture, talk, discussion, which all in all means a variety of imaginative and expressive forms in a space that is as subjective as it is plural: Diaphanes as MAGAZINE.
With this first edition one thing about has been made, a beginning. A beginning that would not have been possible without the great commitment and still greater trust of all the contributors. From now on Diaphanes will appear quarterly as a magazine to buy or subscribe to, continually supplemented online with further articles and translations, and placed within the resonances of a still unfolding book program. The project is accompanied by exhibitions, readings, and discussions in our old, new Berlin project space: espace Diaphanes.
Conceived in the framework of the prestigious transversal and multidisciplinary editorial program of the eponymous publishing house, Diaphanes is a quarterly multi-language magazine with a focus on contemporary art, critical discourse, and multilingual fiction. Open for the plurality of all forms of imagination and knowledge, Diaphanes Magazine connects an interest in current tendencies with deep-rooted research, the power of fiction with nuanced judgment, aesthetic excitability with essayistic sharpness, journalistic independence with a certain enjoyment of irritation and controversy. Equally committed to art and thought, critique and production, Diaphanes wishes to correlate positions that seek new politics of text and image in the face of conformist regimes of meaning, and to contribute to a renewal of the means of critical apprehension and aesthetic sensibility given an increasingly opaque reality.
order wishlist
published in June 2017
bilingual edition (English / German)
22,5 x 33,5 cm (softcover)
160 pages (ill.)
14.80 €
ISBN : 978-3-0358-0026-5
EAN : 9783035800265
in stock
table of contents 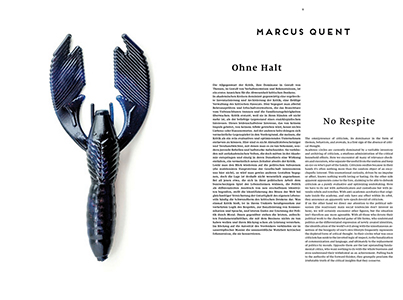 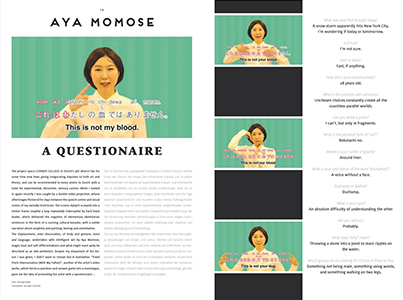 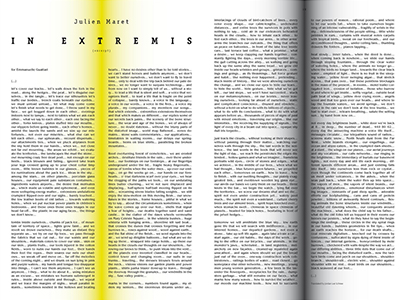 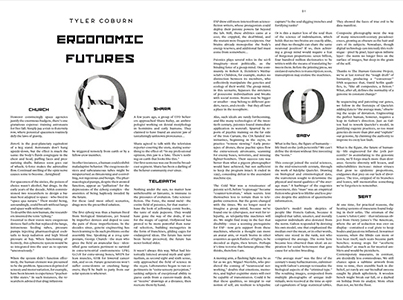 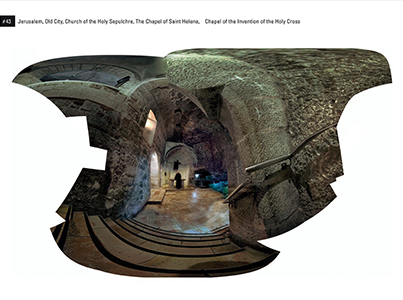 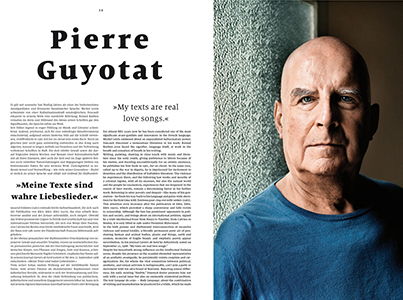 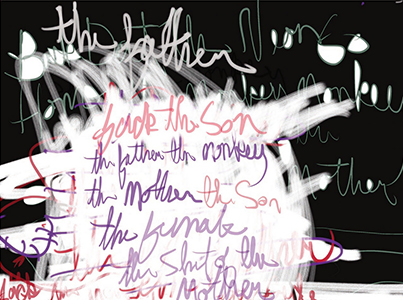 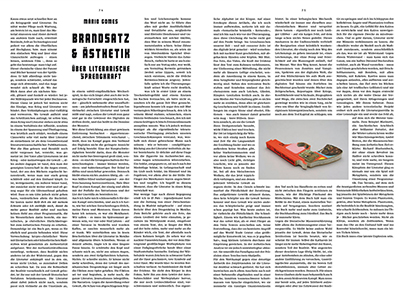 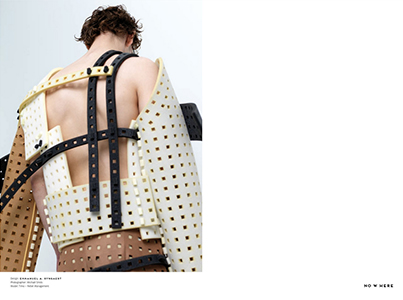 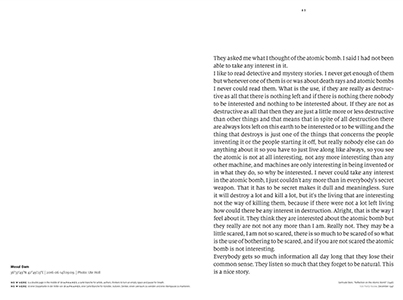 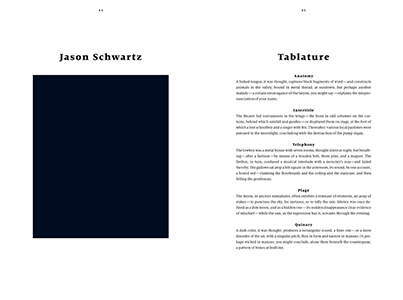 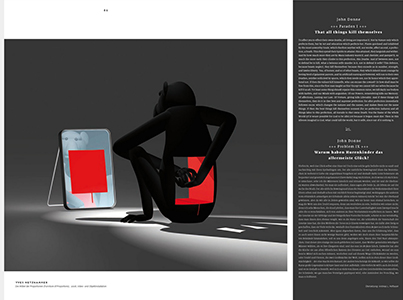 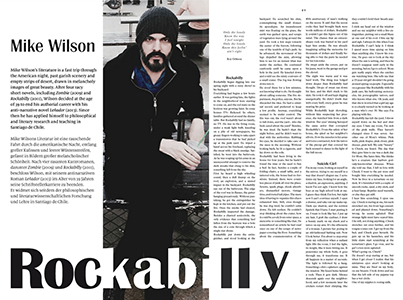 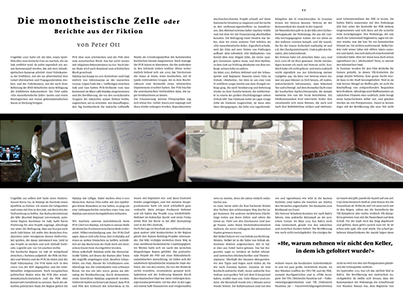 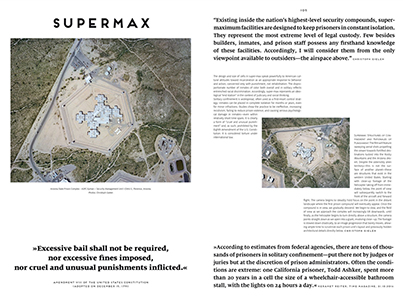 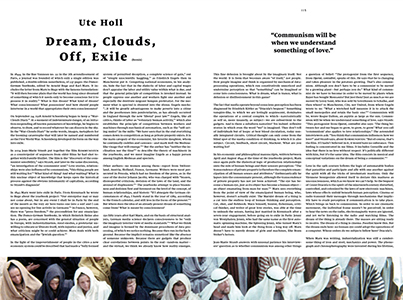 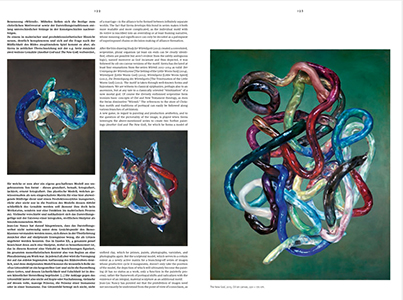 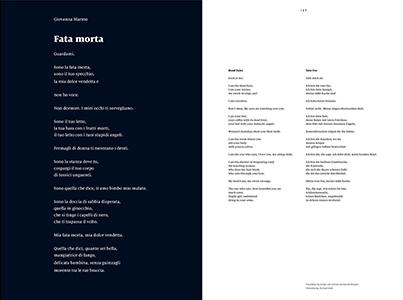 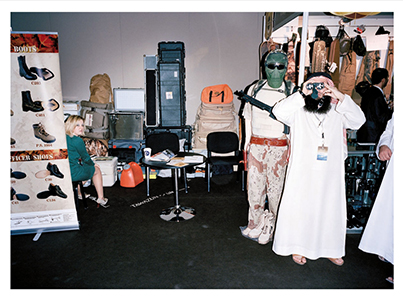 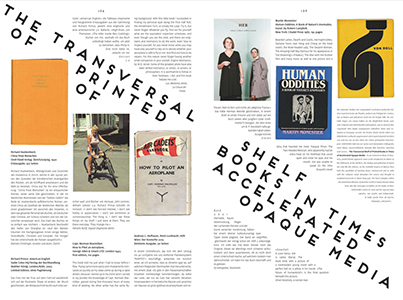