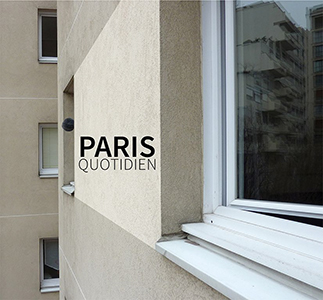 order
wishlist
For two years, Eric La Casa has been recording the urban sonic environment of Paris from the windows of his own apartment. Between a temporary inventory and a musical documentary, Paris Quotidien is the result of this long experiment. Includes a 60-page documentation booklet with photographs.
“Inhabiting: A story of an ordinary environment
In contrast to a virtual address (email…) what is the significance of living here at this address, in this building, said to relate to my existence, to my life, in this time of listening?

Living in Paris
When we raise questions about sound in or of Paris the archives generally provide a series of motifs that depict typologies of wholly stereotypical events: the metro, the bells of Notre Dame, la Place de L'Étoile, waiters in the café, etc… Like many Parisians my daily environment is the object of no representation found in these sound librairies. My premise therefore involves an exit from these emblematic constructions, from these commonplaces that participate in the major historical accounts of Paris.
Starting with only my immediate environment, one which possesses weak symbolic value, my project is to explore its sounds from my apartment's windows. It represents a kind of temporary and deeply localized inventory that, when given a narrative form, solidifies the impression of my listening, which is the listening of an inhabitant.”
Limited edition of 300 copies.
For more than 20 years, while listening to the environment, Éric La Casa (born 1968, Tours, lives and works in Paris) has been questioning the perception of reality and has expanded the notion of what's musical today. Through his aesthetic of capturing sound, his work fits equally into the fields of sound art and music. As a result of his in situ listening processes, he creates forms (of attention) that creep into the venues, slowly infuse there, and become other possible spaces. In the same way that the letter stimulates a country's reading, the in situ aesthetic object renews our relationship to space and landscape.
order wishlist
published in May 2017
bilingual edition (English / French)
CD 3 tracks (23'47 / 20'52 / 29'19) + 60-page booklet (52 ill.)
14.00 €
ISBN : 978-2-9559581-0-0
EAN : 9782955958100
in stock 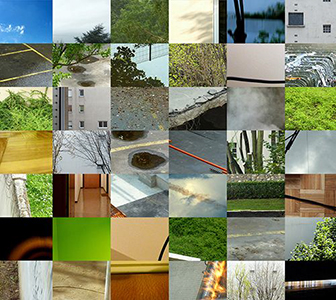