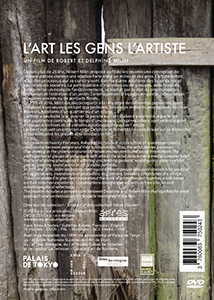 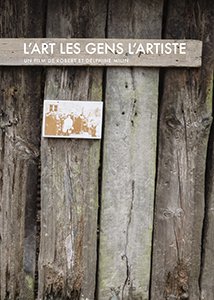 order
wishlist
Since 1991, Robert Milin has created artworks with guests invited to participate because of a practice they adopted in their daily life—as gardeners, cyclists, inhabitants of a village… In 2015, he decided to meet again with these people to give them the floor about this experience. The booklet features an interview with Robert & Delphine Milin and a chronology of the artist's works.
For more than twenty five years, Robert Milin has built a conception of space as an intense relationship between people and their surroundings. Thus, the artist defines processes that develop in the uncertain course of human environments and social interactions. The participation of groups or individuals with whom the artist determines a modus operandi takes the form of giving photographs, creating and tending gardens, reconfiguring gallery exhibit spaces, creating sound works of art or video portraits. In 2015 and 2016, Milin decided to meet again different people who participated in his works of art as gardeners, inventive do-it-yourselfers, dog owners, breeders, inhabitants of a village… The artist wanted to give them voice about the work of art elaborated together, a talk based on their common experience. Conversations are interspersed with archive images and autobiographical reflections. The booklet includes a conversation between Delphine and Robert Milin that clarifies the artist approach and contextualizes the projects mentioned in the film.
Robert Milin (born in 1951 in Brest) is a French artist. His videos, photographs and radio pieces derive from long periods of observation, strolling and chance encounters. Milin invites volunteers or accomplices to effect small shifts there where social interactions occur, and where they might re-emerge. His works, informed by the ordinary, by so-called amateur practices and by everyman's and everywoman's DIY, are constructed and flourish in routine, common spaces. The participation of individuals or of groups, with whom the artist establishes a modus operandi, can be seen in installations in public places.
order wishlist
Edited by Gilles Coudert.
Film and texts by Robert and Delphine Milin.
published in March 2017
bilingual edition (English / French), DVD in original version with English subtitles
13,7 x 18,8 cm
36 pages, video DVD 74'
20.00 €
ISBN : 979-1-0914903-75
EAN : 9791091490375
in stock
press releases
Critique d'art, Etienne Schira, 2018 (PDF) 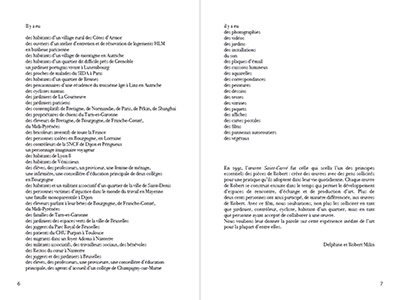 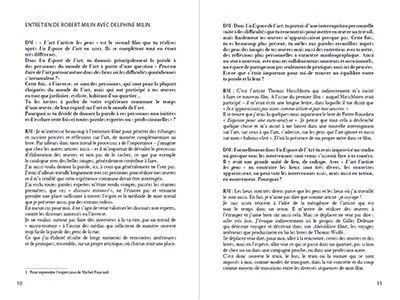 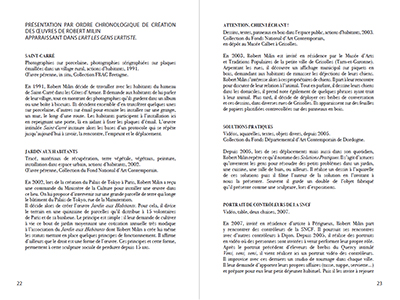