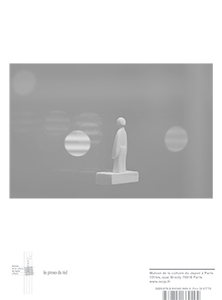 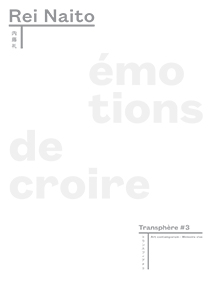 order
Third publication in the framework of the “Transphère” Exhibition cycle, this catalogue documents a work by Rei Naito, a Japanese artist who has built an international reputation with her minimalist and conceptual creations. The installation Émotions de croire (The emotion of belief) is a moving reflection on the atomic bomb, and a place of mourning and hope.
It was in Hiroshima, her hometown, where Rei Naito presented in 2013 the first of her works inscribing a reflection on the atomic bomb. Entitled tama / anima (please breathe life into me), she represented a space for the dead and the living. For the third part of “Transphere”—a series of exhibitions devoted to contemporary Japanese creation—the artist reactuates this installation by providing an uncluttered work conducive to meditation. Irradiated and melted grass bottles, witnesses of the catastrophe of Hiroshima and its consequences are placed on a pedestal. Small sculptures of human form, called “human”, are arranged alongside these bottles. These artefacts do not hide their fragility, underlining their existence, and compose a new place of memory. Expressing the inexpressible, the work of Rei Naito invites us to contemplation.
Rei Naito is one of those artists who, since the earthquake of March 11, 2011 and the Fukushima nuclear accident, have greatly changed their way of creation. From the very beginning, she has herself constantly observed and reflected on the human condition, as evidenced by One Place on the Earth, an installation she presented at the Venice Biennale in 1997: a sort of tent in which only one visitor could penetrate at a time and contemplate, in great tranquillity, the small fragile objects which were placed there. The Hiroshima catastrophe, buried in her for many years, re-emerged after the shock of the earthquake and tsunami in Japan in 2011, when the problem of irradiation little by little reared its head. Rei Naito has since enriched her reflection by taking into account the future of the world and the human race.
Among the works of Rei Naito that can be admired in Japan, two of her permanent installations are now housed in Naoshima and Teshima, the islands of the Seto Inland Sea. Matrix is exhibited by the Teshima Art Museum, a stunning concrete building pierced with two cells through which rain, sunshine and local wildlife can enter. Once inside the building, visitors experience a poetic and surprising work: fine droplets of water appear, and then run off before disappearing in an unpredictable choreography.
Published on the occasion of the eponymous exhibition at Maison de la culture du Japon, Paris, from January 25 to March 18, 2017.
Rei Naito (born 1961 in Hiroshima, lives and works in Tokyo) rose prominence in 1997, when she exhibited her installation One Place on the Earth at the Japanese Pavilion of the 47th Venice Biennale. In 2009, she designed an entire exhibition space at Kamakura's Museum of Modern Art. Notorious works include her painting series Color beginning and her small sculptures Homme, and permanent installations Being given (Kinza Art House Project, Naoshima, 2001) and Matrix (Teshima Art Museum, 2010). Her works belong in the collections of the Museum für Moderne Kunst, Frankfurt, MoMa New York, Israel Museum, and the National Museum of Art, Osaka.
order
Texts by Tsutomu Sugiura, Aomi Okabe, Bernard Blistène, Naoya Hatakeyama. 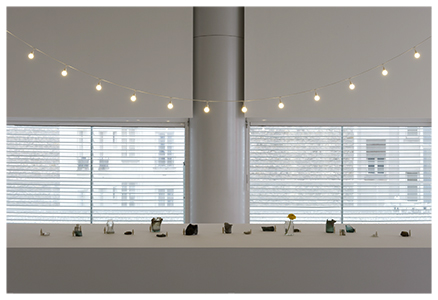 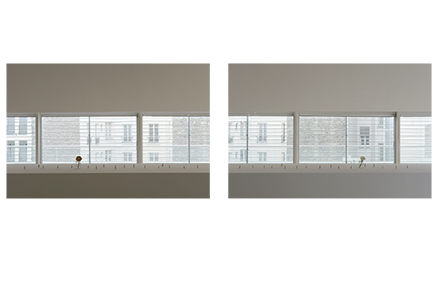 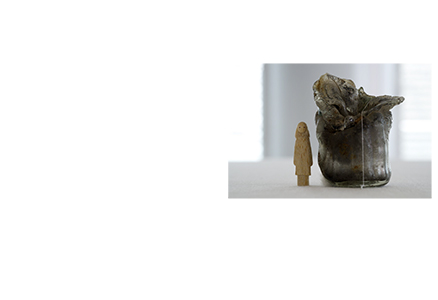 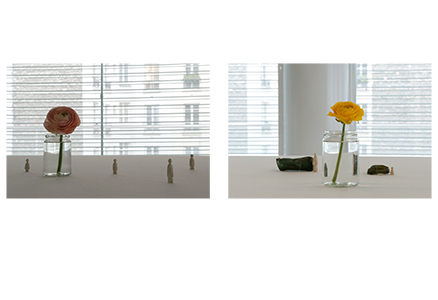 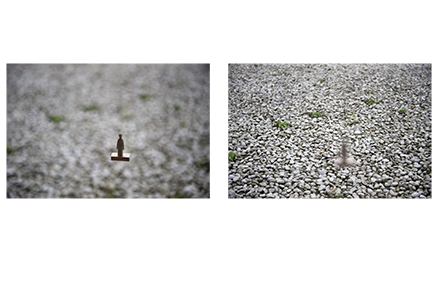 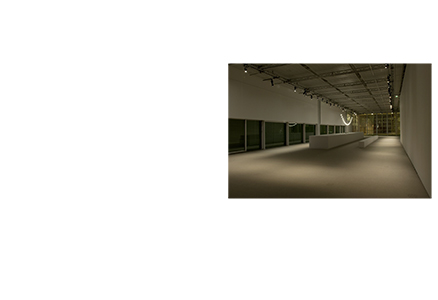 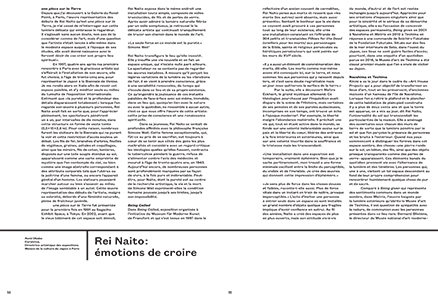 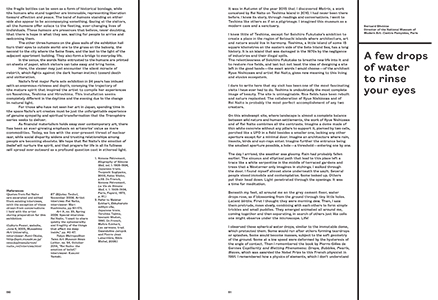