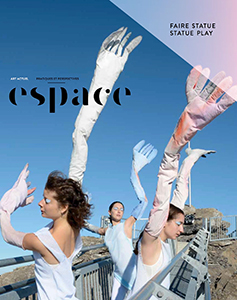 order
wishlist
Anniversary issue concerned with performance acts in relation to the body as sculpture. Featuring essays on immobility in 1990s performance art, the deadpan inertia of the sculpture-body, immobility in the works of Gathie Falk and Megan Rooney, dialogue between the works of Kimsooja and Emma Hamilton, the relationship berween the human body and the object, the “cadaverous sculptures”, an interview with Sylvie Tourangeau, “Event” section, exhibitions and books reviews…
The theme Faire Statue (Statue Play) is the special topic for this collection of essays that inaugurates the 30th anniversary of Espace art actuel magazine. Co-directed by Mélanie Boucher, a member of the editorial committee, this issue is concerned mainly with performance acts in which artists identify body and soul with certain aspects of statuary. This artistic position is present certainly in the performance works of numerous contemporary artists, but our essays also recall that this kind of work was often staged during the 1960s. On these occasions and depending on the poses taken, performers would appropriate the formal language of sculpture and its exhibition setting. Holding a position over a period of time, the artist's body inevitably experiences the pull between immobility and mobility. But what is the point of these motionless bodies in a world where “global mobilisation” is rife?
Founded in 1987 in Montreal, Espace art actuel is an essential bilingual magazine for the promotion of contemporary art in the field of sculpture, installation and all other art forms associated with the notion of spatiality. Published three times a year (January, May, September) by Centre de diffusion 3D in Montreal, the magazine offers greater visibility to artists from Quebec and across Canada and contributes to the vitality of the local art scene. Since December 2013, Espace magazine has been led by André-Louis Paré.
order wishlist
published in February 2017
bilingual edition (English / French)
21,9 x 27,8 cm (softcover)
128 pages (ill.)
10.00 €
in stock
table of contents 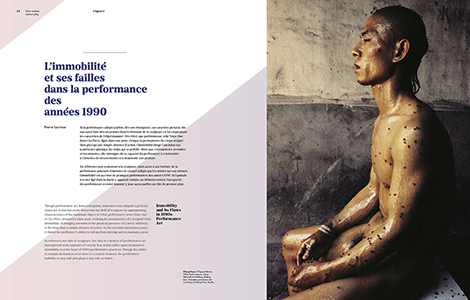 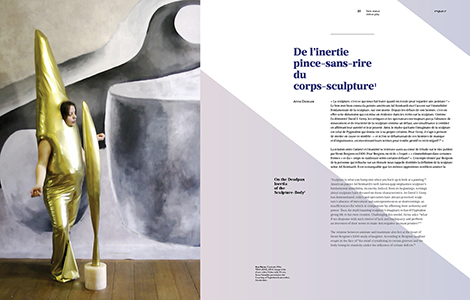 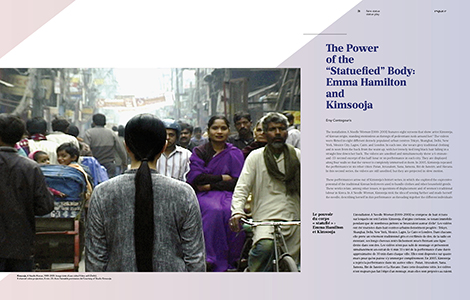 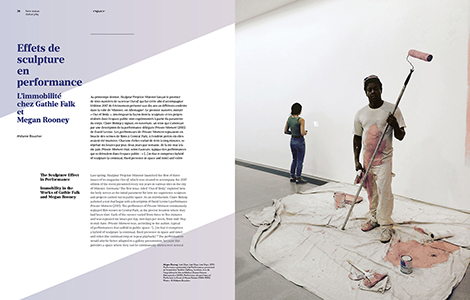 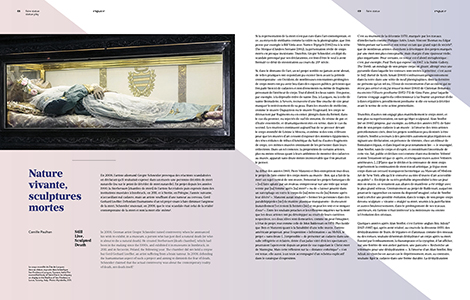 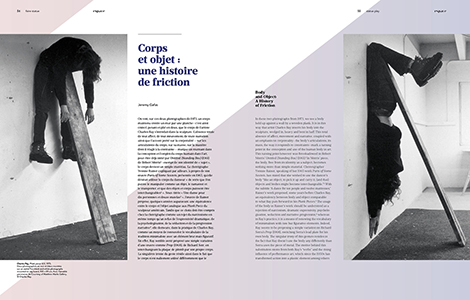 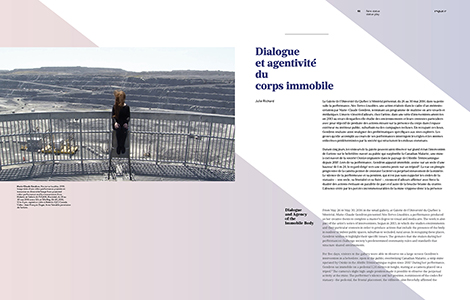 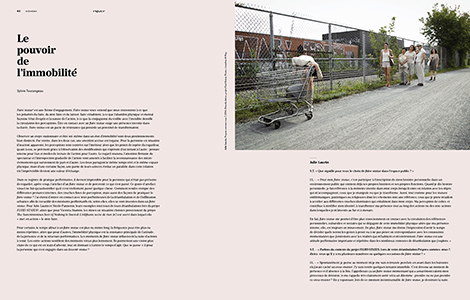 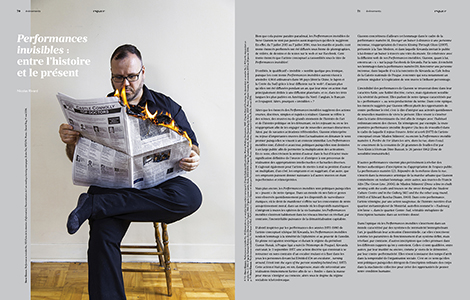