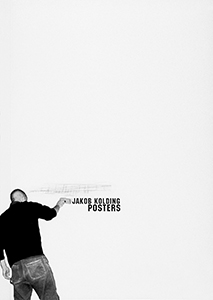 order
wishlist
Artist's publication featuring a briefcase with 18 folded prints: introductory note, posters reproduction, streetview photographs, selection of texts on previous projects in Denmark, Los Angeles and Geneva, posters' translations and an essay by geographer Doreen Massey.
In his collages two generations and periods cross, bringing together, juxtaposing and interweaving the photographs, plans and programs of architectural complexes, representations of long-haired architects leaning over enormous models, with images from the sports and music culture of their young inhabitants: graffiti writers, skaters, football players and DJs at the decks. The juxtaposition of the two worlds of idealistic 1970s urban planning and thmore pragmatic projects of recent day dormitory towns, and that of the street and its youth, shows that supposedly difficult suburban contexts can also give rise to politicized attitudes and creative explosions. This re-appropriation of the city finds a youthful and humorous echo in the intermingling of historical references in Kolding's collages, as he breaks from traditional cultural hierarchies by insinuating a so-called sub-culture within the dynamic and elegant esthetic of El Lissitzky or Lászlo Moholy-Nagy's montages, or by associating a young skater's exploits with a great figure from the 1970s such as Robert Morris. Kolding interrogates the social and cultural preconceptions of our prosperous Western environment, thus opening a space for debate, where power and vital resistance clash.
This artist's book gives a comprehensive overview of Kolding's printed works—with an introductory note, archives and original posters, previous projects in Copenhagen, Bornholm, Los Angeles and Geneva, and much more.
Published following the eponymous exhibition, Centre d'édition contemporaine, Geneva, from March 28 to May 10, 2003.