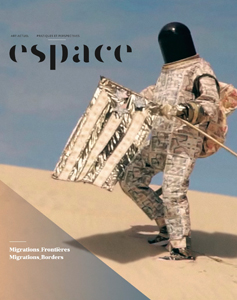 order
wishlist
Special “Migrations & Borders” issue: texts by Bernard Schütze, Geneviève Chevalier, and Michael Blum, Milutin Gubash by Chantal T. Paris, François Morelli by Bernard Lamarche, interview with Aram Han Sifuentes, Dominique Sirois-Rouleau's essay on outdoor art, the usual features…
At the mention of human migration, we think immediately of people across the globe who are obliged to leave their native countries in search of safer territory. The reasons for these forced migrations may be political, economic, ethnic, religious, or even, as is more and more often the case, climatic. While most of these migrations have been occurring since the development of nation-states and the establishment of new borders, we must admit that our age has “produced more refugees, migrants, displaced persons, and exiles than ever before in history.” Considering the extent of these displacements and in order to circumvent the lucrative market for smugglers, Catherine Wihtol de Wenden, a specialist in international migration, advocates for the right to migrate and the right to mobility, even if such notions are not always welcomed with open arms.
Founded in 1987 in Montreal, Espace art actuel is an essential bilingual magazine for the promotion of contemporary art in the field of sculpture, installation and all other art forms associated with the notion of spatiality. Published three times a year (January, May, September) by Centre de diffusion 3D in Montreal, the magazine offers greater visibility to artists from Quebec and across Canada and contributes to the vitality of the local art scene. Since December 2013, Espace magazine has been led by André-Louis Paré.
order wishlist
published in September 2015
bilingual edition (English / French)
21,9 x 27,8 cm (softcover)
128 pages (ill.)
10.00 €
in stock
table of contents 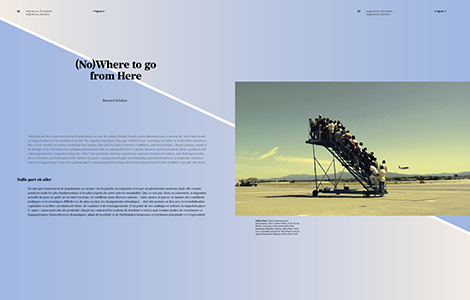 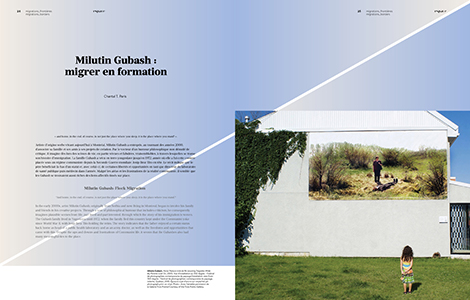 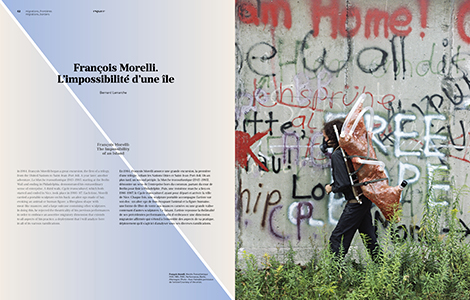 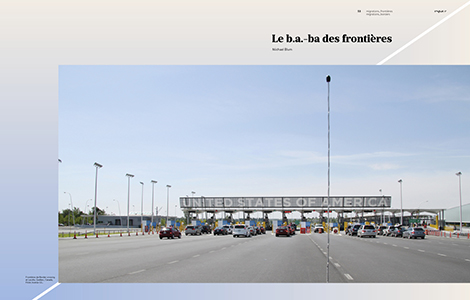