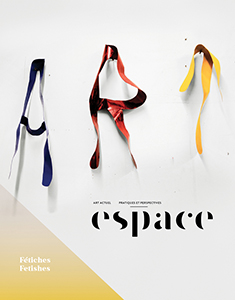 order
wishlist
Special feature on Fetishism (ready-mades, the aesthetics of commodity, Benoît Pype and Kapwani Kiwanga, interview with Musa paradisiaca…), “Events” section honours artist Mathieu Lefèvre, essay by Jean-Alexandre Perras and Érika Wicky on Tate Britain's exhibition “Sensorium,” exhibitions and books reviews…
In recent years, many visual art exhibitions have given a prominent place to objects. Not those that—due to their status or showcasing—are recognized in the art world and already have an inherent aesthetic value, but rather the everyday objects that we either accumulate around us or destroy when they are no longer useful. Hardly intended to be viewed according to rigorous epistemological parameters, these commonplace utilitarian or decorative objects occupy our everyday spaces and impact our personal lives. But why is there an interest in them in the field of contemporary art? Is this a way to resist a system of objects premised on planned obsolescence? Is it to oppose the aesthetics of immateriality, by underlining the importance of things that partake in our subjectivity by virtue of being objects of affection? In giving them a “second life,” is this phenomenon of reinserting objects in an ecology of conservation not akin to what we understand by the fetish-object?
Founded in 1987 in Montreal, Espace art actuel is an essential bilingual magazine for the promotion of contemporary art in the field of sculpture, installation and all other art forms associated with the notion of spatiality. Published three times a year (January, May, September) by Centre de diffusion 3D in Montreal, the magazine offers greater visibility to artists from Quebec and across Canada and contributes to the vitality of the local art scene. Since December 2013, Espace magazine has been led by André-Louis Paré.
order wishlist
published in May 2016
bilingual edition (English / French)
21,9 x 27,8 cm (softcover)
128 pages (ill.)
10.00 €
in stock
table of contents 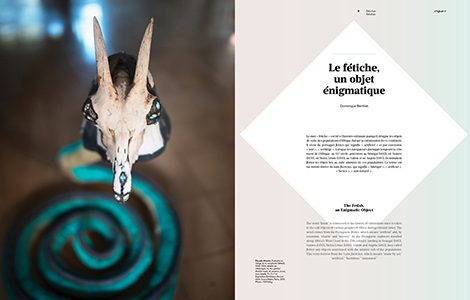 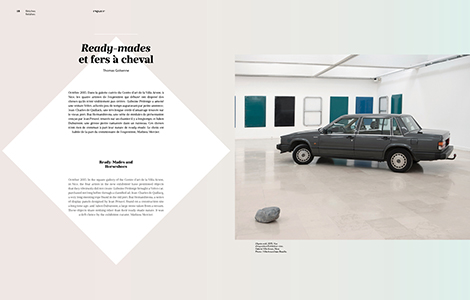 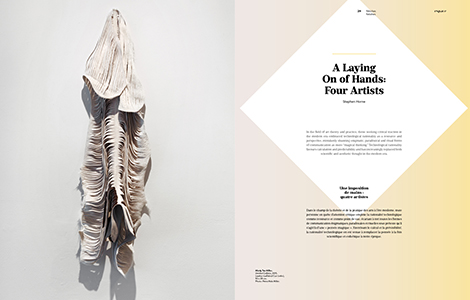 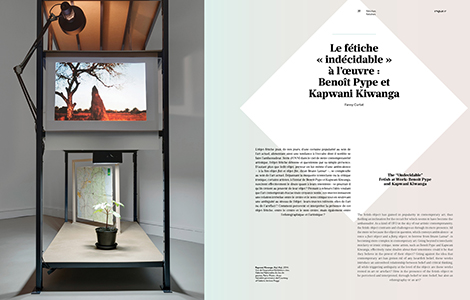 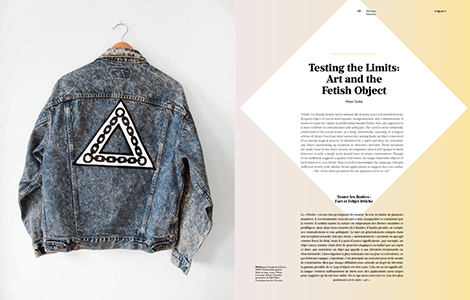 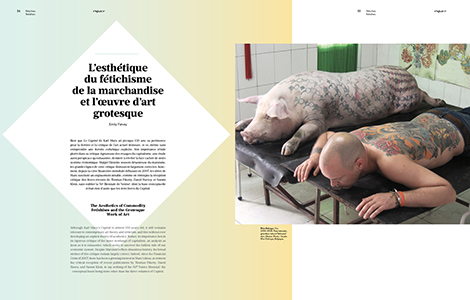 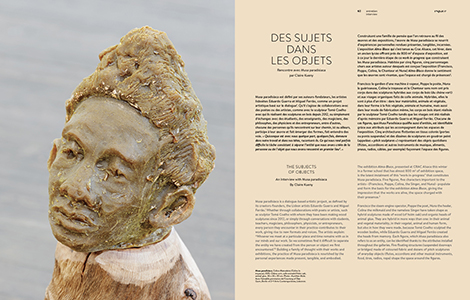 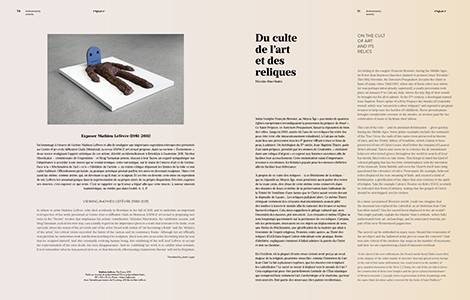 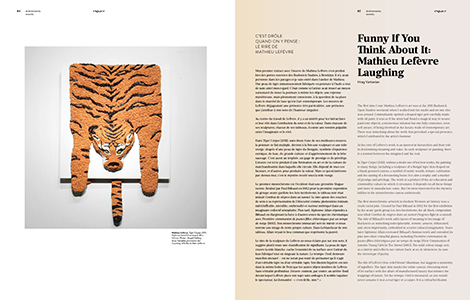 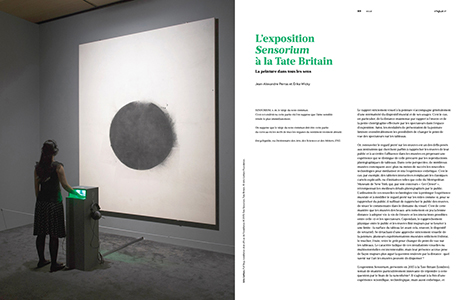