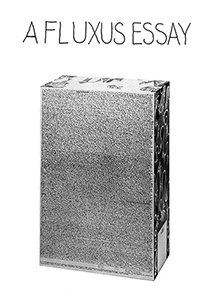 wishlist
Dorothy Iannone tells her Fluxus Story in a Berlin recording from 1979.
“There, Maciunas and I looked deeply but impassively into each other's eyes, not knowing then that we would meet again on these pages. Perhaps he was thinking, ‘Who is this woman?'. Perhaps it might even have amused him, somewhere far back in his mind, to know that I am she who is the Fluxus woman artist who is not the Fluxus woman artist.”
Dorothy Iannone
Limited edition of 270 copies.
Since the early 1960s, Dorothy Iannone (born 1933 in Boston, lives and works in Berlin) has occupied herself with the attempt to represent ecstatic love: “the union of gender, feeling and pleasure,” as she herself describes it. Today, her oeuvre encompasses paintings, drawings, collages, video sculptures, objects, and publications. A narrative element, fed with personal mythologies, experiences, feelings, and relationships, runs through all of her works. Particularly in her late figurative painting, which almost appears to dissolve into the ornamental, she creates scenarios in symbolic settings, in which she also consistently celebrates a playful handling of the subject matter. Since the 1960s, this visual self-empowerment has been read as a contribution to the liberalization of female sexuality. On the other hand, Iannone, who takes a spiritual, existential approach, has never seen herself as part of a feminist movement. However, in bringing her works to the public, she inevitably manifests a self-understanding through her handling of controversial subject matter.