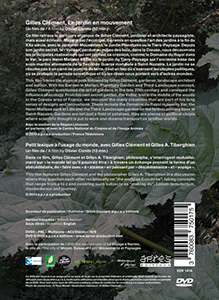 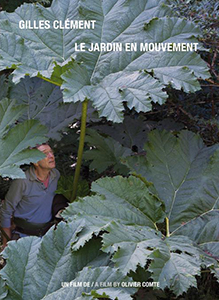 order
Two films to better understand the atypical path and ideas of Gilles Clément, gardener, landscape architect, author, and theoretician of gardens as places of political utopia.
With his Garden in Motion, Planetary Garden and Third-Landscape concepts, Gilles Clément questioned the art of gardens in the late 20th century and conveyed the influence of ecology. Le jardin en mouvement leads us to his own secret garden, the “Vallée”, lost in the middle of the woods in Creuse, France, from where we discover the many creations that are part of his long series of designs and innovations. These include the Domaine du Rayol in the Var department, the Henri Matisse park in Lille and the Third-Landscape garden on the former military base in Saint-Nazaire. Gardens are not just a field of potatoes, they are places of political utopia where scientific thought is put to work and dreams and transport us to other worlds.
The second film features Gilles Clément and the philosopher Gilles A. Tiberghien in a discussion where they question each other reciprocally on “the world as it could be”, taking concepts that range from A to Z and covering such subjects as “making do”, “Lolium temulentum”, “disobedience” and “journey”.
Horticultural engineer, landscape architect, author, gardener, Gilles Clément (born 1943, Argenton-sur-Creuse, France) teaches at the Ecole Nationale Supérieure du Paysage in Versailles. In addition to his activity as a creator of parks, gardens, public and private areas, he pursues theoretical and practical investigations.
order
Edited by Gilles Coudert.
Films directed by Olivier Comte.
published in March 2016
French edition (English subtitles)
DVD Digipack (DVD5 - PAL - MULTIZONE - AC3 Stereo - 16/9)
65' (2 films)
20.00 €
ISBN : 979-1-0914902-76
EAN : 9791091490276
in stock
view video sample
https://vimeo.com/85514662