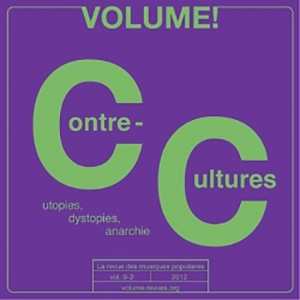 order
Utopias, dystopias, and anarchy in the Sixties counterculture and popular music. Plus a special feature on heavy-metal studies.
This second issue of Volume! deals with the sixties counterculture's modernist and utopian aspects, as well as its dystopian and apocalyptic ones, with Charles Manson's shadow and the ambivalent Jesus Movement. We then examine the era's musical experimentations, with the “freak” movements sonic anarchy, the Grateful Dead's improvizations and Yoko Ono's voice.
A big “metal studies” chapter assesses this “discipline's” recent contribution to the analysis of popular music.
See also Volume! n° 9-2 – Théories et scènes.
Volume! The French journal of popular music studies is the only peer-reviewed academic journal dedicated to the study of contemporary popular music. It is published biannually by the Editions Mélanie Seteun, a publishing association specialized in popular music. The journal is in French with some non-translated articles in English.
Volume! was established in 2002 under the title Copyright Volume! by Gérôme Guibert, Marie-Pierre Bonniol and Samuel Etienne, and obtained its current name in 2008.
order
Issue edited by Sheila Whiteley.
published in May 2013
texts in English and French
21 x 21 cm (softcover)
248 pages (b/w ill.)
19.00 €
ISBN : 978-2-913169-33-3
EAN : 9782913169333
in stock
table of contents