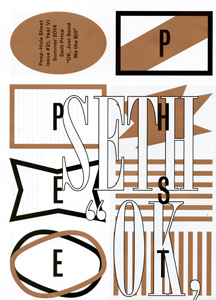 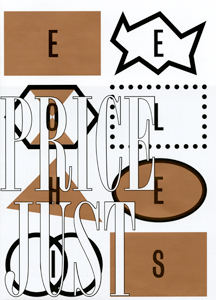 wishlist
A “fictionalized adaptation” taken from the audio of Seth Price's Digital Video Effect: “Spills.”
On the occasion of his first solo show, at Reena Spaulings Fine Arts in 2004, Seth Price made a piece called Digital Video Effect: “Spills.” He borrowed some video footage shot by Joan Jonas around 1971, featuring Richard Serra, Robert Smithson, Nancy Holt and Jonas herself, talking with dealer Joe Hellman. Price subjected the archival material to an invented digital video effect that made the footage appear to alternately spill across the black video screen and then itself be entirely obscured by oozing blackness. Displayed on a new TV/DVD player still in its own cardboard packaging, the work was like an object you could trip over, or look down on. It is a piece about concealment and visibility, as well as the liquidity of both digital culture and historical material.
Ok, Just Send Me the Bill is a “fictionalized adaptation” taken from the audio of Price's work. It was written in the same year, and laid it out so as to resemble an old book, with stills from the video as illustrations. Price altered the conversation, framing it within a kind of minimalist American style of fiction writing, together with oddball excurses and “glitches.” Published here in its original format, the piece is a reflection on artworks and market and the passing of time that creates a temporal short-circuit, very much speaking to our moment, and questioning the role of the artist play.
Peep-Hole Sheet is a quarterly of writings by artists published by Mousse Publishing. Each issue is dedicated solely to one artist, who is invited to contribute with an unpublished text whose content is completely free in terms both of subject and format. The texts are published in their original language, with accompanying translations in English and Italian. Peep-Hole Sheet is meant for those who believe artists are catalysts for ideas all around us, and who want to read their words without any filter. Over time it aspires to build up an anthology of writings that might open new perspectives for interpreting and understanding our times.
Through paintings, sculpture, video, and media work, Seth Price (*1973 East Jerusalem, lives and works in New York) underlines the production strategies, dissemination modes, and valuation patterns of art. His appropriationist work, which he rather calls a “redistribution” of (often) pirated materials, disrupts the operations of commodity culture. Among his formats and tactics one should mention the recycling of iconic illustrations, reduplication (from digital to vacuum-formed techniques), the reenactment of projects, and the collaborative actions with Continuous Project (formed in 2003 with Bettina Funcke, Wade Guyton, and Joseph Logan) or other artists.
wishlist
Edited by Seth Price.
published in August 2014
English edition
25 x 33,5 cm (broadsheet in transparent packaging) / 33,5 x 50 cm (unfolded)
16 pages
ISBN : 978-88-6749-127-8
EAN : 9788867491278
sold out 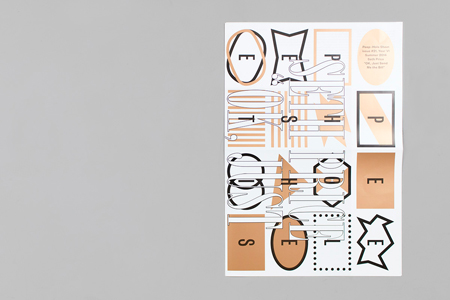 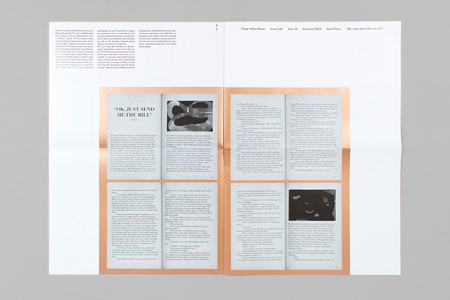 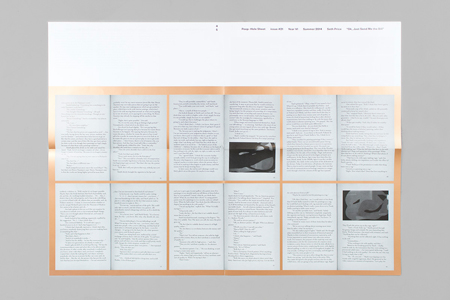 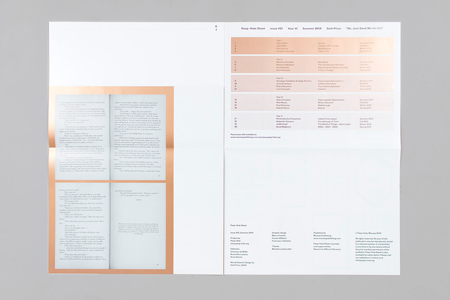 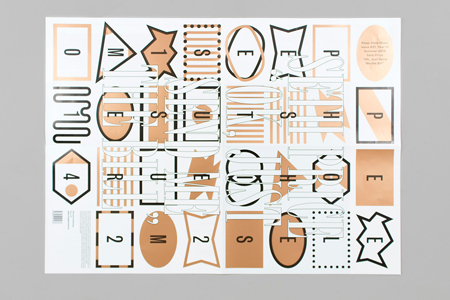