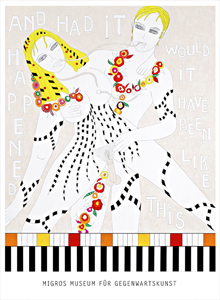 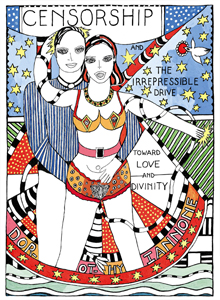 order
wishlist
Artist's book.
This publication sheds light on Dorothy Iannone's work in relation to censorship, based on her artist's book "The Story of Bern." In spring 1969, the artist was confronted with the confiscation of her works in the exhibition "Freunde (Friends)" at Kunsthalle Bern, under the directorship of Harald Szeemann. Iannone responded to this boycott by producing a book, in which she made her perspective public and thus reclaimed self-determination over the content-related and formal aspects of her work, which had been labeled controversial.
Published on the occasion of the eponymous exhibition at Migros Museum for Contemporary Art, Zurich, in 2014.
Since the early 1960s, Dorothy Iannone (born 1933 in Boston, lives and works in Berlin) has occupied herself with the attempt to represent ecstatic love: “the union of gender, feeling and pleasure,” as she herself describes it. Today, her oeuvre encompasses paintings, drawings, collages, video sculptures, objects, and publications. A narrative element, fed with personal mythologies, experiences, feelings, and relationships, runs through all of her works. Particularly in her late figurative painting, which almost appears to dissolve into the ornamental, she creates scenarios in symbolic settings, in which she also consistently celebrates a playful handling of the subject matter. Since the 1960s, this visual self-empowerment has been read as a contribution to the liberalization of female sexuality. On the other hand, Iannone, who takes a spiritual, existential approach, has never seen herself as part of a feminist movement. However, in bringing her works to the public, she inevitably manifests a self-understanding through her handling of controversial subject matter. 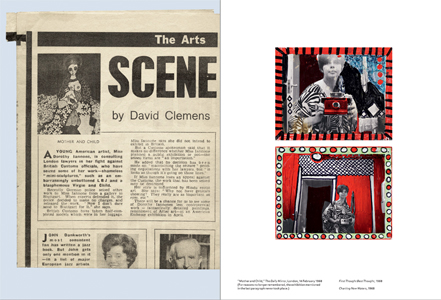 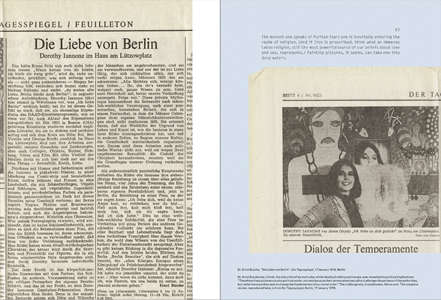 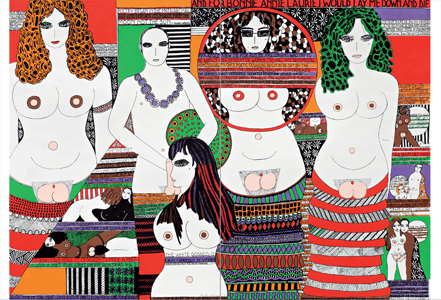