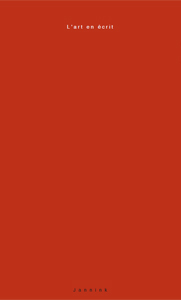 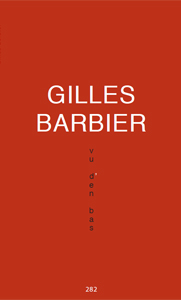 order
Nine texts by Gilles Barbier.
The work of Gilles Barbier is a forest which as yet to be cleared out so abondant and luxuriant as it is. Built on a system where everything is possible and where each piece is only the visible version of all its potential versions, his work contains multiple streams whose interlacing draws an aesthetic of consumption, indeed of consummation. Voracious, almost gargantuan, his work dives deep into the heart of human nature which he examines and discusses through contemporary issues: impossible identity, invasion of the body by merchandise, disappearance of the reason, instability and chronic crisis...
However, this dark portrait is not humourless and gives the works an ambivalent nature where laughter and awkwardness rapidely mix up. "Athlete of the art", he has been copying the Larousse dictionary for more than twenty years, and says that writing is just as much an ignition as a material. He says he dreams his works first in writing.
His texts, whether in English, French or Bislama (the three languages ​​of his native country), are integrated into large black drawings, always in the same format, which he organizes as a giant comic strip. Together they form the diary of a lifetime, the "black box of his mental cockpit."
Jannink editions publish in the "L'art en écrit" series, under the title Vu d'en bas (Seen from below), a selection of nine of these original texts.
Born 1965 in Vanuatu, Gilles Barbier lives and works in Marseille. Developed around narrative forms and with an improbable cosmology, his work borrows its structures and themes from numerous cultural spheres.
order
published in December 2013
French edition
12,5 x 21 cm (softcover, dust jacket)
48 pages
12.00 €
ISBN : 978-2-916067-92-6
EAN : 9782916067926
in stock
download an excerpt in PDF:
La position, c'est important
(p. 8-11)
table of contents 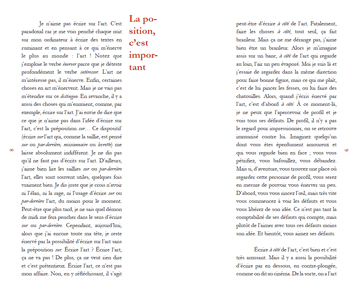 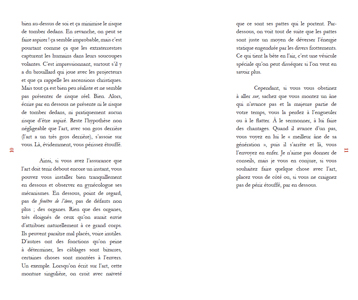 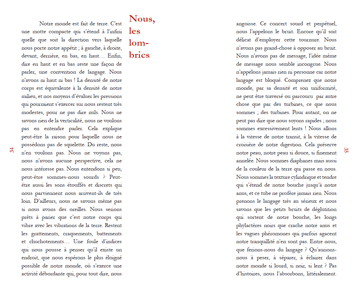