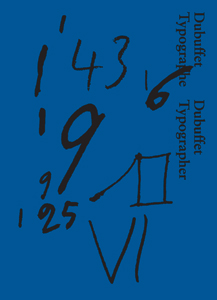 wishlist
A tribute to the French artist Jean Dubuffet (1901–1985) and to the typographic strategies with which Dubuffet achieves, on a visual level, his plan to destroy language through books and lithographs.
Dubuffet Typographe/r investigates the former wine-dealer's professional acumen, demonstrated by Dubuffet's creation of Art Brut and culminating in the management of an entire staff working to promote, document, and archive his activities. In the light of today's obsession with self-promotion, Dubuffet can be understood as a forerunner of artists such as Jeff Koons or Damien Hirst. Once again, Leguillon's approach follows seemingly marginal paths, which ultimately prove to be unexpectedly revelatory. Travelling to public and private archives such as la Fondation Dubuffet in Paris, the Bibliothèque Kandinsky at Centre Pompidou or to IMEC in Caen, Leguillon has photographed ephemera such as invitations, posters, catalogs, artist's books, flyers, tickets, and record sleeves. These images were then used to execute a “recadrage“ (re-framing) of Jean Dubuffet and his activities. Like a meticulous “detective,“ Leguillon shows us how “for each project, Dubuffet invented a new way of writing and composing text—quite possibly by simply improvising. By this, he rejected the standardization as imposed by the printing process and typing, an education he himself went through. In books and lithographs, Dubuffet thoroughly sabotaged writing and typography (l'écriture) by fragmenting and distorting it, thus achieving, on a visual level, his plan to destroy language.”
Published as a part of the second project of Pierre Leguillon for the 2013 Carnegie International.
Pierre Leguillon (born 1969 in Nogent-sur-Marne, France, lives and works in Paris) is an artist, curator, and writer who has become known for transforming the slide-lecture format into an enlightening, poetic, and witty form of performance art. His “Diaporamas”—slideshows composed of the artist's snapshots—suggest through juxtaposition unexpected connections and new classification systems. Leguillon also makes enigmatic assemblages and dioramas exploring the work and careers of artists such as Diane Arbus, Ad Reinhardt, George Ohr, and Jean Dubuffet. Leguillon's work has been featured at institutions around the world, including at Moderna Museet (Malmö, Sweden, 2010), Musée du Louvre (Paris, 2009), and Artists Space (New York, 2009). He published the journal Sommaire between 1991 and 1996, and his writing has appeared in publications such as Purple, Artpress, and Journal des Arts.
wishlist
Graphic design: Stéphane De Groef and Pierre Leguillon.
published in October 2013
bilingual edition (English / French)
15,2 x 21 cm (softcover, with dust jacket
364 pages (b/w ill.)
ISBN : 978-2-930667-05-8
EAN : 9782930667058
sold out 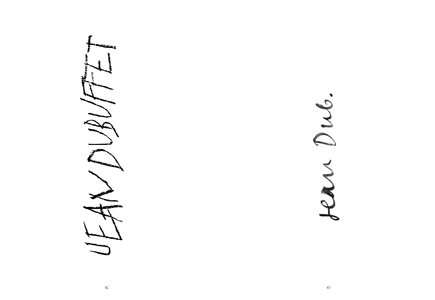 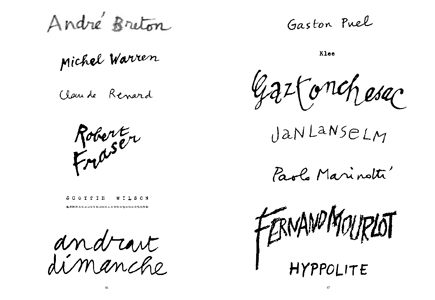 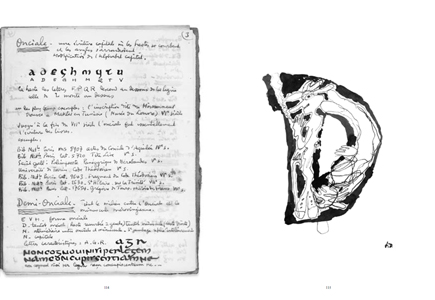 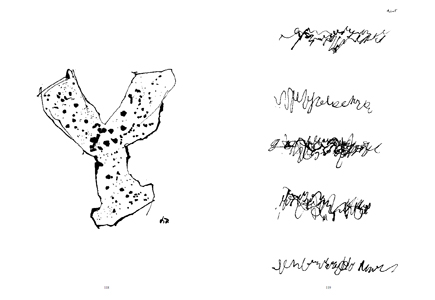 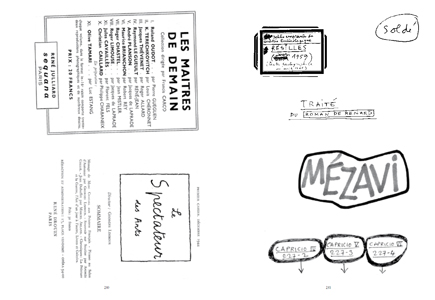 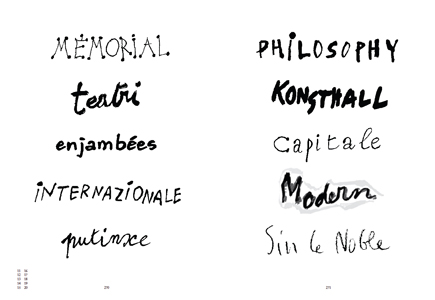 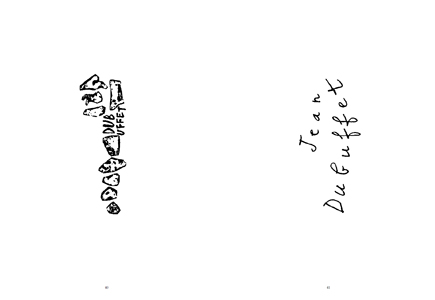