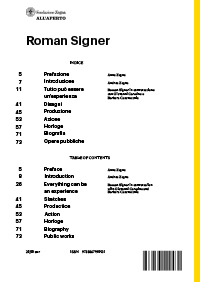 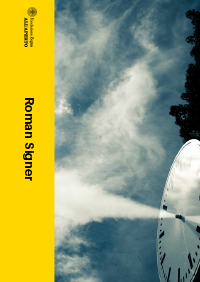 order
wishlist
A complete documentation on Roman Signer's first permanent public commission.
Invited by Barbara Casavecchia and Andrea Zegna, curators of the All'Aperto project, to create a public work for the area around Trivero (BI), for the fourth edition of the event Roman Signer presented the work Horloge, a large “time-sculpture” four meters in height, in which the Swiss artist comes to terms with his first permanent public commission.
The catalogue illustrates Signer's project for All'Aperto through a fine selection of images and documentation, to narrate the genesis, production and installation of this site-specific piece, as well as the action that took place at the opening. The volume begins with a preface by Anna Zegna and an introduction by Andrea Zegna, followed by an extensive conversation between Roman Signer, Barbara Casavecchia and Giovanni Carmine, director of Kunsthalle St. Gallen. Starting with Horloge, Signer explains many things: from his early experiences of failure in the factory, to his obsession with clocks and volcanos, all the way to his work as a sculptor of time.
See also: Dan Graham – Mirror Landscape ; Daniel Buren – Textile Works; Liliana Moro – 29,88 KMQ.
Swiss artist Roman Signer (born 1938 in Appenzell) has been redefining sculpture for more than 40 years and is now regarded as one of the finest representatives of Process and Conceptual art. He produces elementary dynamic sculptures and installations, also known as time sculptures for their preoccupation with the transformation of materials and objects through time. In his actions, acceleration and change are part of the creative process and he uses photography and moving image to document his work.
His work has been presented in numerous museums and galleries worldwide and has been selected for prestigious international exhibitions such as the Venice Biennale, where he represented Switzerland in 1999, Skulptur Projekte Münster (1997) as well as Documenta 8 in Kassel where during "Action in front of the Orangerie" he catapulted 350.000 sheets of paper into the air simultaneously with an explosive charge.
order wishlist
Edited by Barbara Casavecchia.
Texts by Anna Zegna, Andrea Zegna, Barbara Casavecchia, Giovanni Carmine, Roman Signer.
published in August 2013
bilingual edition (English / Italian)
17 x 24 cm (softcover)
80 pages (color & b/w ill.)
20.00 €
ISBN : 978-88-6749-043-1
EAN : 9788867490431
in stock 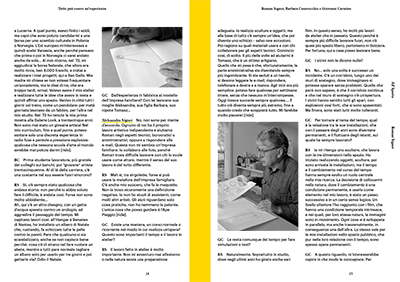 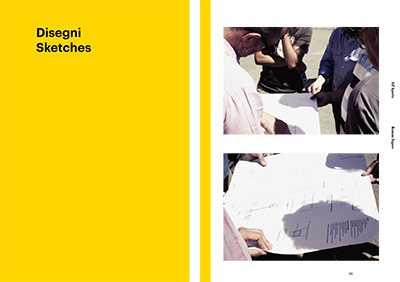 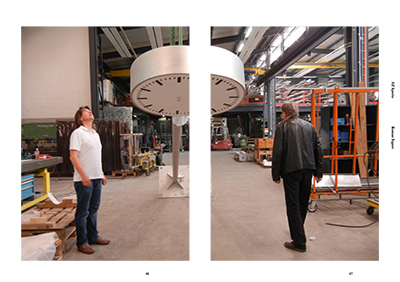 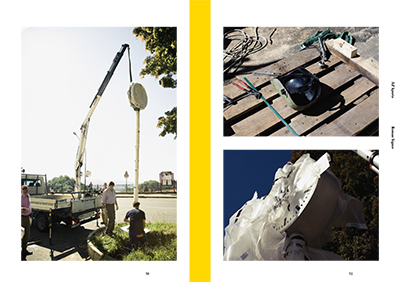 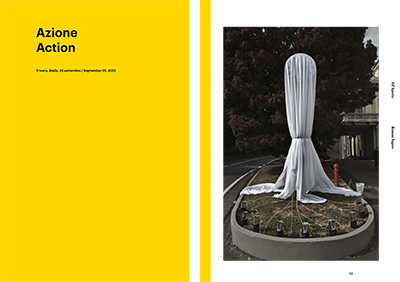 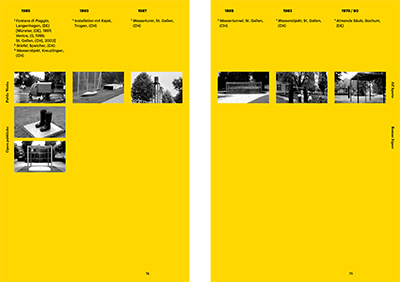