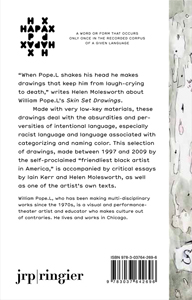 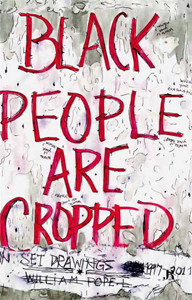 order
wishlist
Artist's book.
"When Pope.L shakes his head he makes drawings that keep him from laugh-crying to death," writes Helen Molesworth about William Pope.L's Skin Set Drawings. Made with very low-key materials, this extended corpus of drawings deals with the absurdities and perversities of intentional language, especially racist language and language associated with categorizing and naming color. "Black People Are Taut," "Brown People Are The Green Ray," "Blue People Are What We Do To Homosexuals," "French People And Roma," "Purple People Are The Perfect Cone For The King Not His Body," "Red People Are The Niggerss Of The Canyon" are some examples of this on-going series made by the self-proclaimed "friendliest black artist in America."
The book offers a selection of drawings, made between 1997 and 2009, some sketches and two critical texts by artist and writer Iain Kerr and Chief Curator at the Institute of Contemporary Art (Boston) Helen Molesworth, as well as one of the artist's own text.
William Pope.L (born 1955, New Jersey, lives and works in Chicago) is a visual and performance-theater artist and educator who makes culture out of contraries and confronts issues of race, sex, power, consumerism, and social class. Among his best-known works are the "crawls," a series of performances staged since 1978, in which he inches his way through busy city streets on his belly, back, hands, and knees in an attempt to draw attention to the plight of those members of society who are least empowered. He has been making multi-disciplinary works since the 1970s, and has exhibited internationally.
order wishlist
Edited by Clément Dirié.
Texts by Iain Kerr, Helen Molesworth, William Pope.L.
published in July 2012
English edition
10,5 x 16,5 cm (softcover)
64 pages (35 color ill.)
10.00 €
ISBN : 978-3-03764-269-6
EAN : 9783037642696
in stock 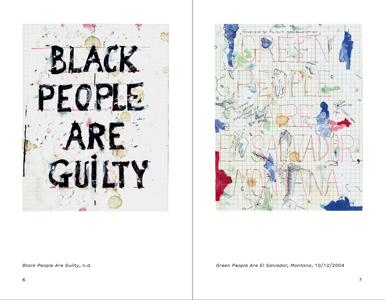 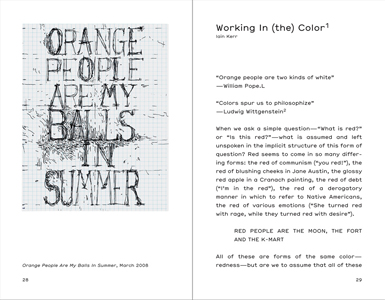 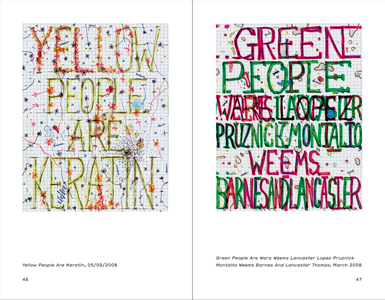