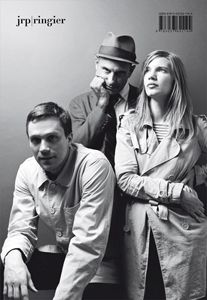 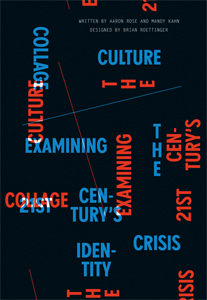 order
wishlist
Examining the 21st century's identity crisis.
“I have gathered a garland of other men's flowers, the French philosopher Montaigne famously wrote, ”and nothing is mine but the cord that binds them." The first decade of the twenty-first century appears to belong to the collagist, for whom the creative act is not creation sui generis, but rather the collecting, cutting and pasting of the already extant. Collage, which began as an art meant to confound the brain with its disparate components, has jumped the flat surface, so that almost all musicians, designers, writers and bloggers might today be described as collage artists.
“Collage Culture” contains two essays that explore the effect of this widespread trend, buttressed by artworks and vividly typeset by Brian Roettinger.
The first essay, by Mandy Kahn, chronicles collage's original forays into the realms of music, fashion, design, literature and architecture, with special attention paid to the birth and rise of sampling and mash-up in music. It will postulate why collage has become the it-expression of the new century, with an exploration of how the previous five decades in particular were, culturally, each a reaction against what preceeded them.
The second, by Aaron Rose, examines how our current subcultural aesthetic is an amalgamation of those from movements of the 20th Century, incorporating visual aspects from punk, new wave, the beats, and the hippie movement, but only externally— so that meaning, politics and message have been neutered out. What we're left with is a collage of visual references without the guts they once had, and a generation of kids wearing clothes that express their common dissent, but without knowledge of what they are against—or, more importantly, what they are for.
An additional section of sixteen color pages includes original works of art created especially for the book by visual artists who imagine what might come after our current obsession with collage.
order wishlist
Texts by Mandy Kahn and Aaron Rose.
published in October 2011
English edition
15,9 x 22,9 cm (softcover)
96 pages (16 color ill.)
23.00 €
ISBN : 978-3-03764-119-4
EAN : 9783037641194
in stock 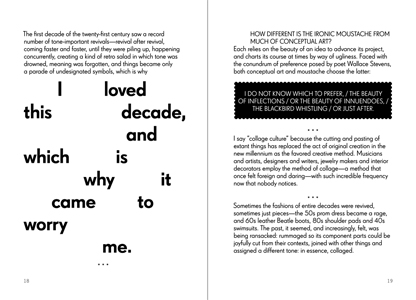 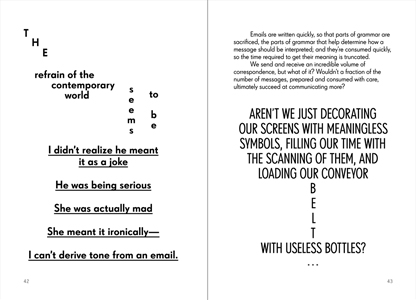 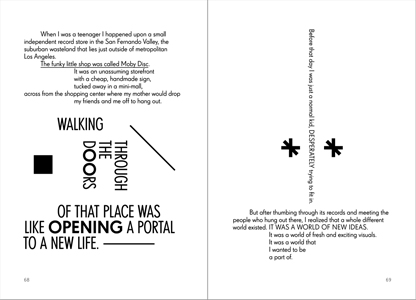